Generator the Apparent Cause of Closter Blaze 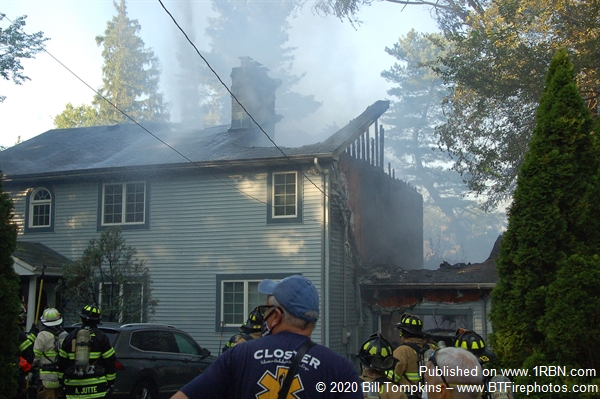 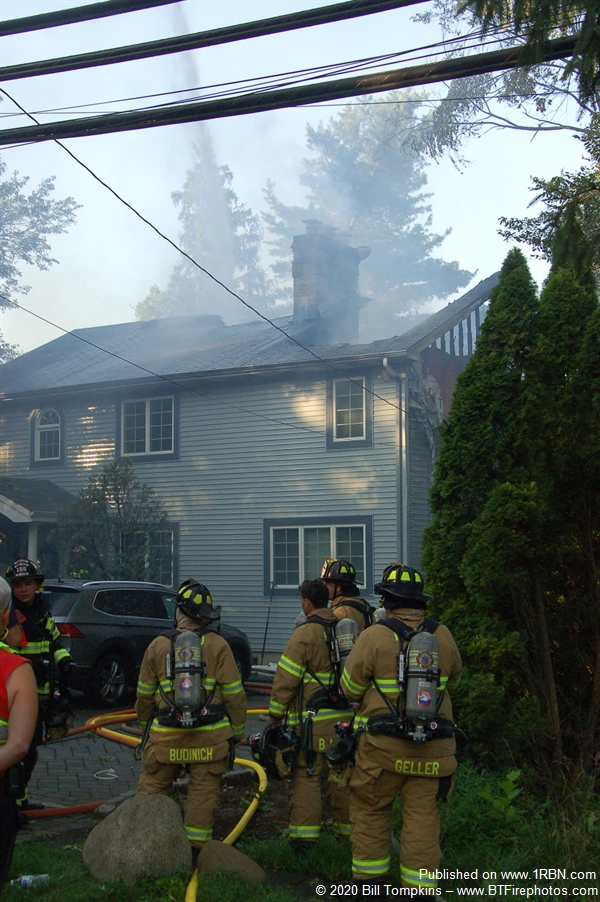 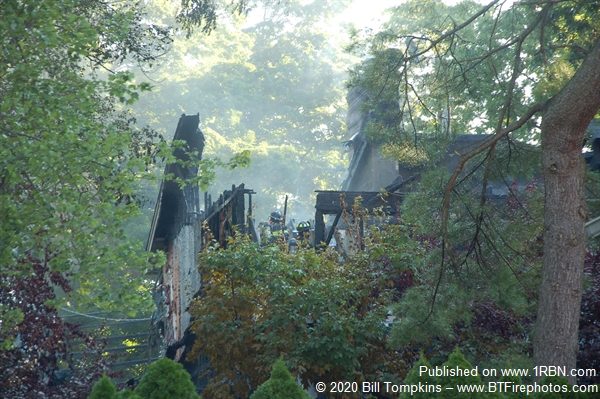 Closter, NJ - The morning after the remnants of Hurricane Isaias barreled through New Jersey, causing major power outages and prompting the use of generators, one of those generators was apparently the cause of a three-alarm fire that heavily damaged a Closter home.

Shortly before 7:00 A.M. on August 5th, Closter fire units were dispatched to 762 Closter Dock Rd. for the report of a fire. Fire was involving a rear deck, an attached garage, and extending into the attic area by the time firefighters arrived. A second-alarm was immediately called.

An interior attack was initiated, but as flames took possession of the attic and went through the roof, all members were withdrawn. Additional units were summoned as long stretches to additional water sources became necessary. Fire consumed most of the roof before Closter Tower 769 went into operation and knocked down the visible fire. Companies were then able to re-enter for final extinguishment and overhaul.

Units from Harrington Park, Norwood, Northvale, Tenafly, Alpine and Dumont assisted at the scene. No injuries were reported.