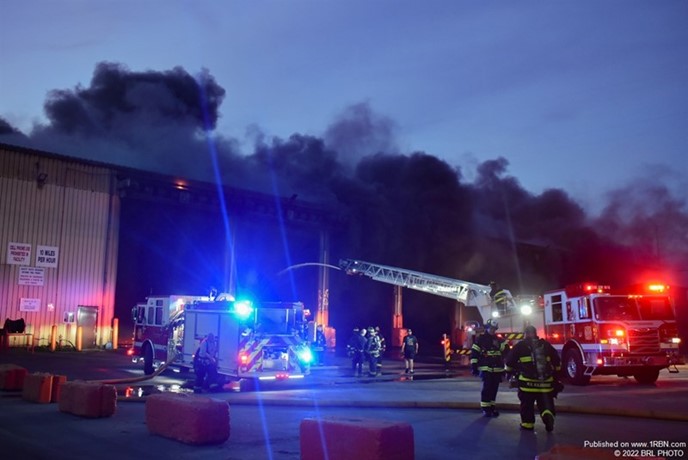 Photo by BRL PHOTOFire In Recycling Center In East Farmingdale 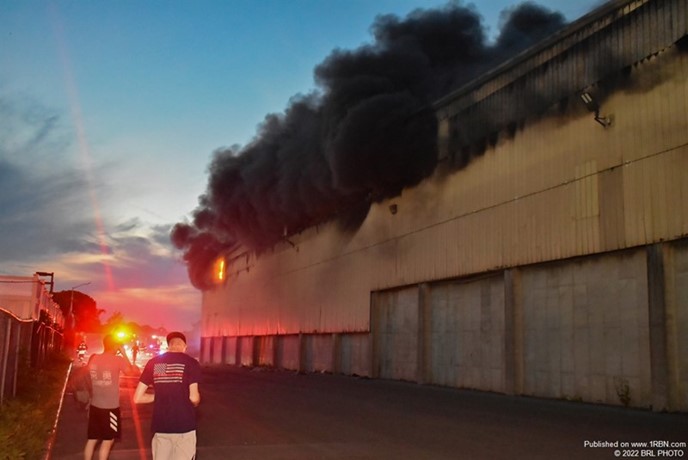 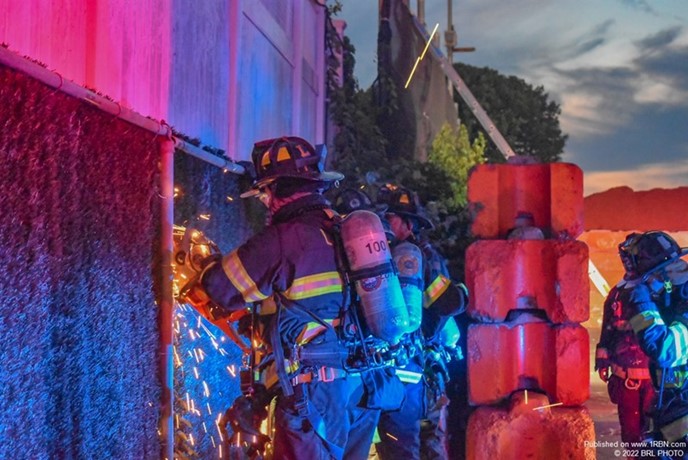 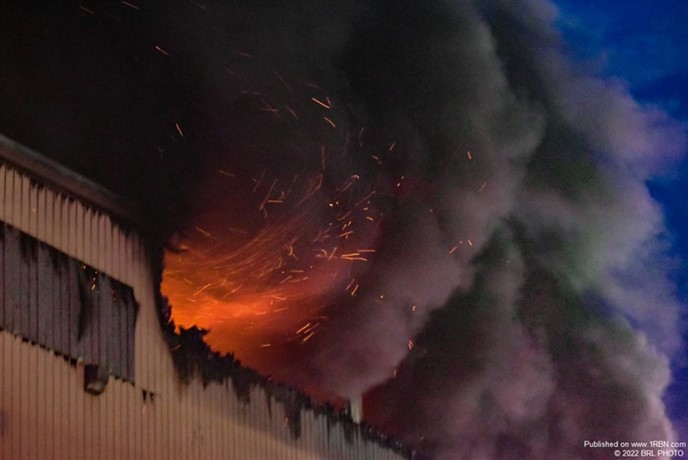 EAST FARMINGDALE, NY - During the late evening hours of June 26th, the East Farmingdale Fire Co. responded to reports of a recycling center on fire at 114 South Alder Street.

Upon arrival of the Chief of Department, he had a large column of smoke and requested to upgrade the alarm to a working general alarm, as well as have multiple tower ladders and engines respond to the scene.

Engine 1-5-1 arrived and laid in to supply Ladder 1-5-15 their waterway to start getting a knock on the large blaze in the 200'x500' building. Tower ladders from North Lindenhurst, West Babylon and Lindenhurst were requested and quickly put into operation via engines supplying them. Engines from North Lindenhurst, West Babylon and Wyandanch helped supply the tower ladders. A FAST was then requested from the Village of Farmingdale FD.

Units operated on scene for over two hours. Units were under the command of Chief of Department Duane Welliver.