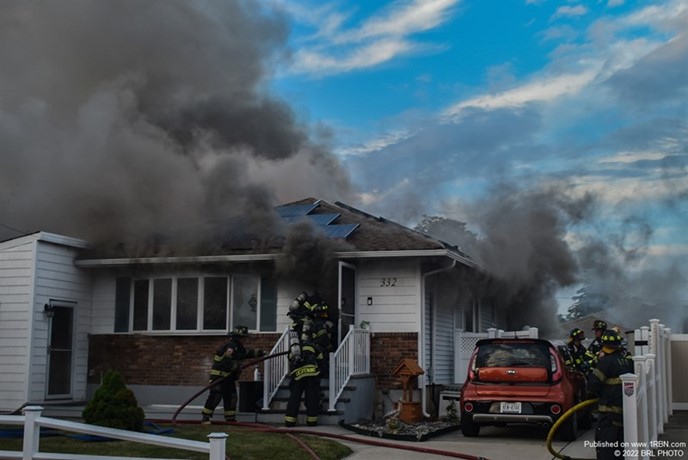 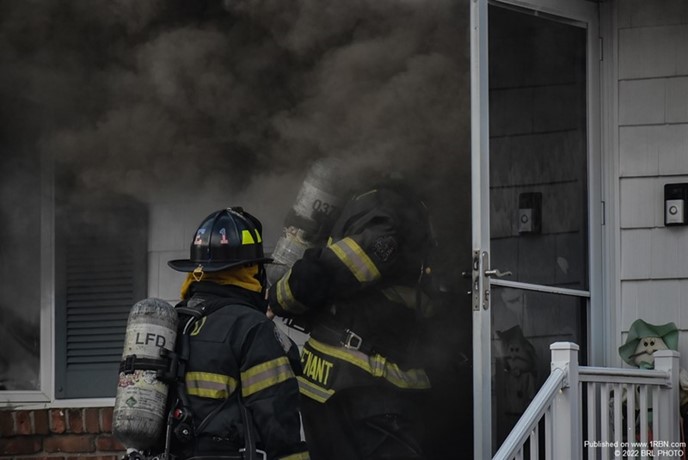 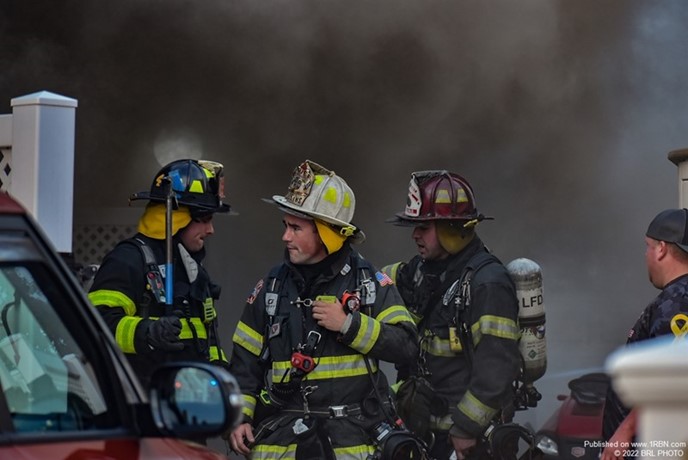 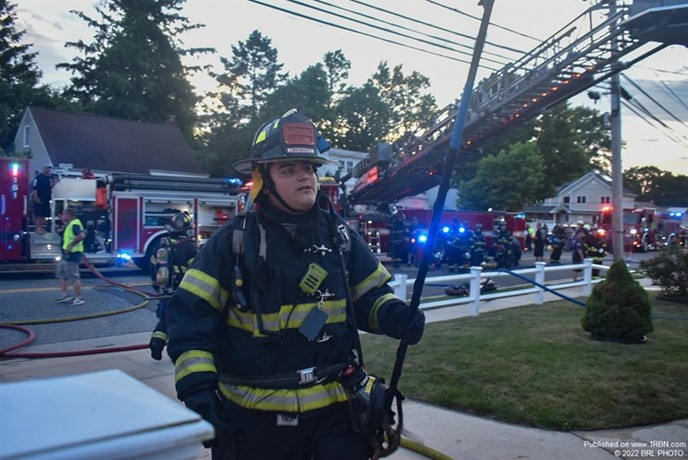 In the evening hours of 6/12/22 Lindenhurst Fire Department responded to reports of a house on fire on South Strongs Avenue. Upon arrival of 1-6-31 he stated he had a single story peaked roof private dwelling and to retone a working fire. Upon the retone mutual aid was as well toned out for Copiague for RIT to the scene, North Lindenhurst for an engine to the scene and West Babylon for an Ambulance. Upon quick arrival of first due engine 1-6-1 they hit the plug using their front bumper length of 5 inch and put lines into operation. A total of 3 lines were put into operation and a pump operator from engine 1-6-6 assisted with the pumping. Upon arrival of the TRUCK Co they split their crew and performed a primary search of the dwelling. Manpower from Engines 1-6-2, 1-6-3 and 1-6-6 helped man hand lines. The main body of fire was located throughout the 1st floor of the dwelling and the 3 side of the dwelling. A minor flare up did occur inside the basement which was quickly handled by a nearby hand line. Units were under the command of Lindenhurst Chief of The Department Michael DeGregorio.