Smoking Materials Likely Cause of Fire in Fall River 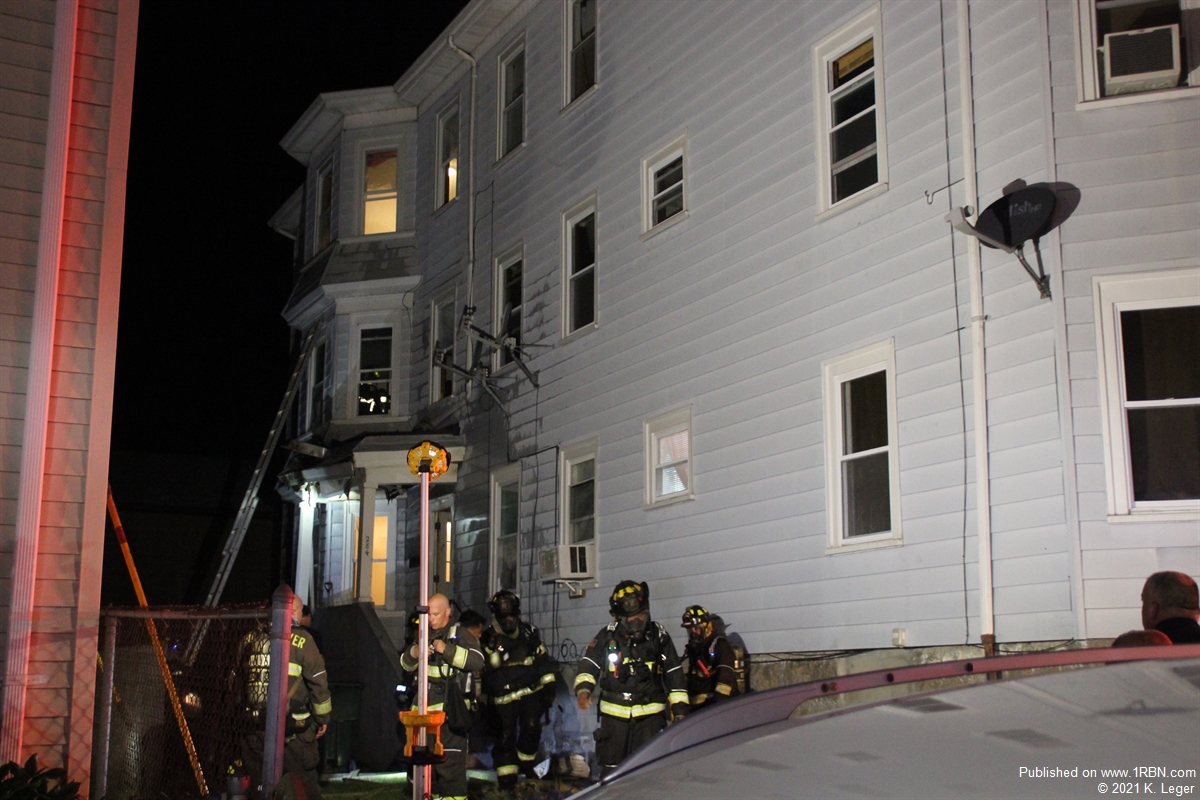 FALL RIVER, MA - Around 11:00 P.M. on August 2nd, firefighters responded to 284 Tremont Street for a still alarm. Engines 2, 9 and 12, along with Ladder 4, Platform 1, Rescue 1 and Car 2 responded. Car 2 arrived on scene and reported fire and smoke showing from the 'B/C' corner. Two lines were stretched, one to the second floor and one to the third floor. It appeared that the area of origin was the roof over the side entryway. It is believed that a smoldering cigarette became wedged in the siding and roofing materials. The fire entered the void space and raced up the wall to the second and third floors before it was knocked down. Extensive overhaul followed.