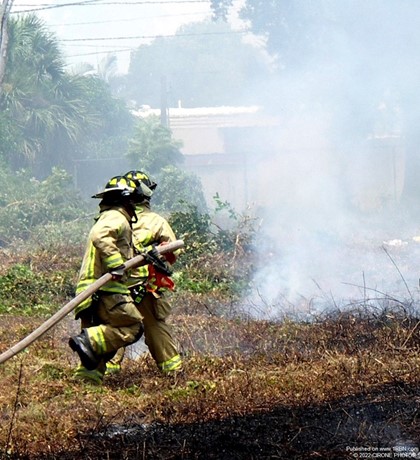 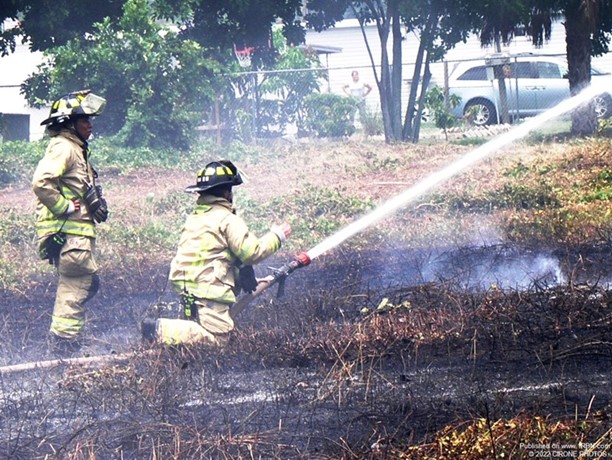 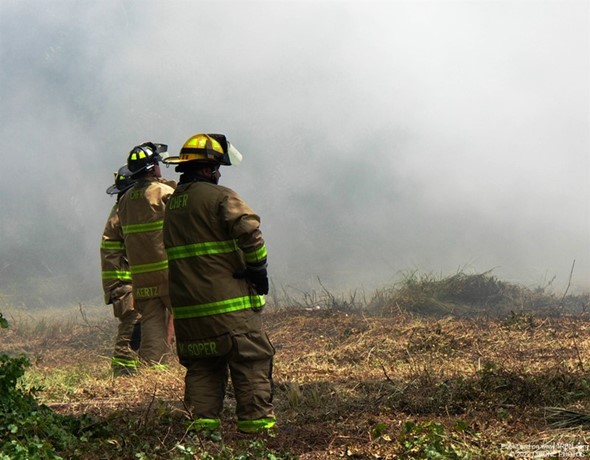 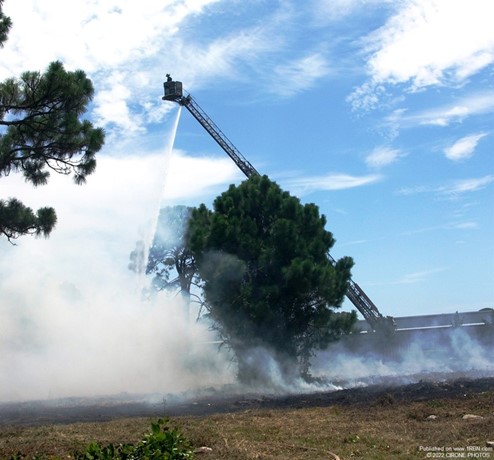 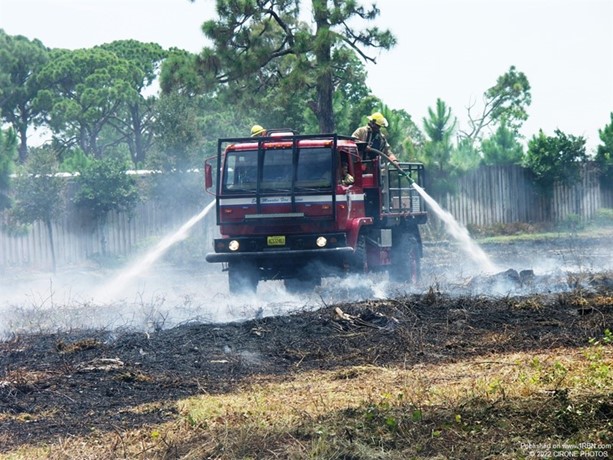 As the calendar changed to August the weather from July didn’t, record heat and low humidity covered the state. Cedar Hammock Fire District was called to a smoke condition around the 600 Block of 14th Street West, a column of smoke was visible to units while responding. Once on scene unit’s had to find a way into the fire, multiple Commercial buildings and a Mobil Home Park were exposures. A deck gun was put in service as Firefighters hand lay hose in to the fire.
East Manatee Fire District was called in Mutual Aid for a Brush Truck. Manatee County EMS set up rehab as the heat index reached over 100 degrees. Around 2.5 acres burned and no improved property was lost.