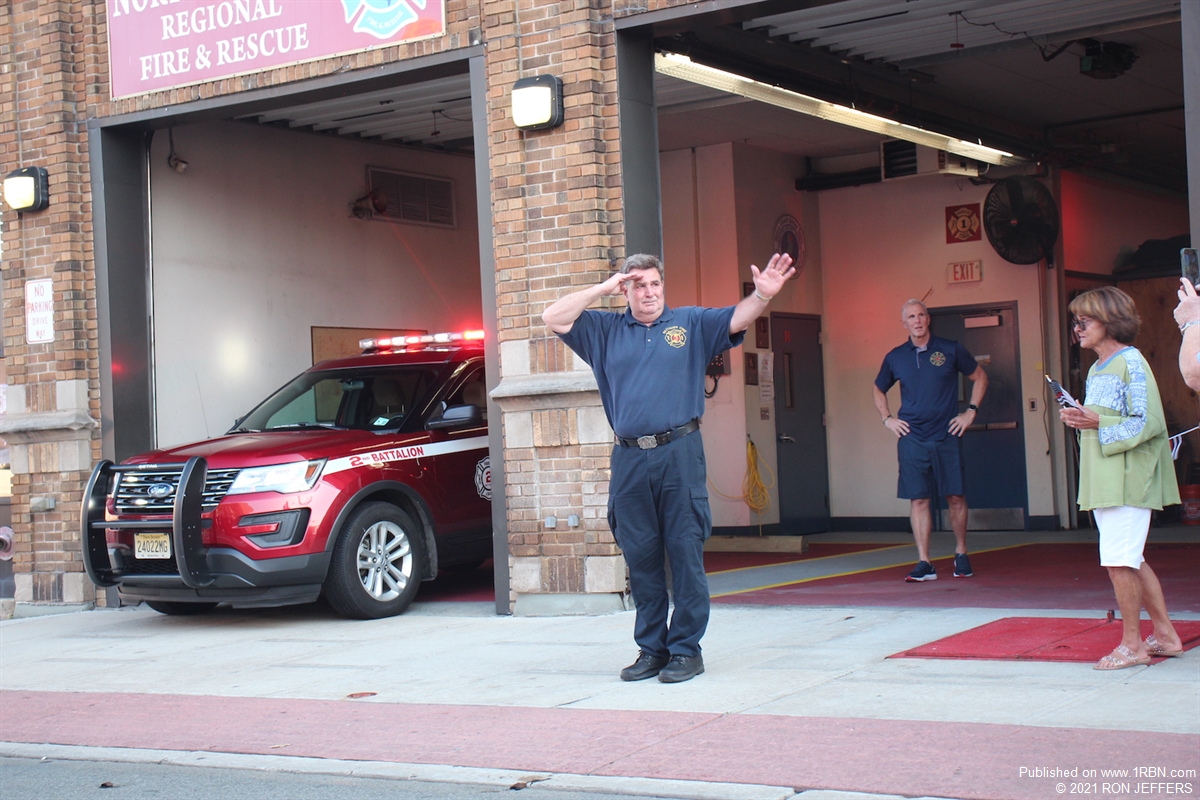 Photo by RON JEFFERSNorth Hudson 2nd Battalion Chief Danny Giacumbo salutes a street filled with well wishers on his final walk out of the 43rd Street firehouse, in Union City, after 39-years of service. 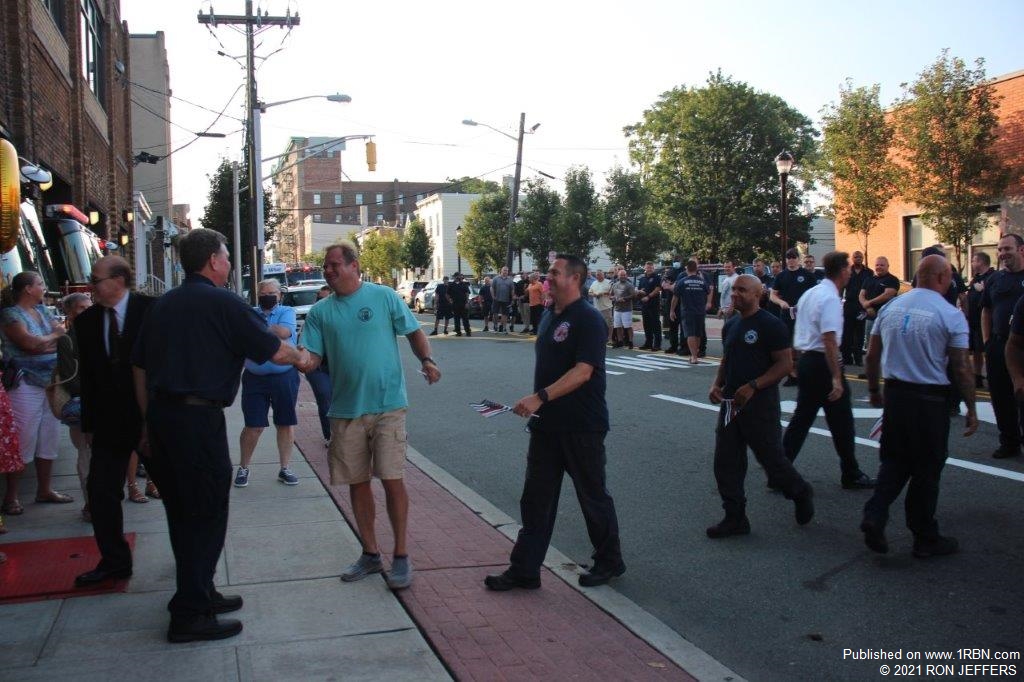 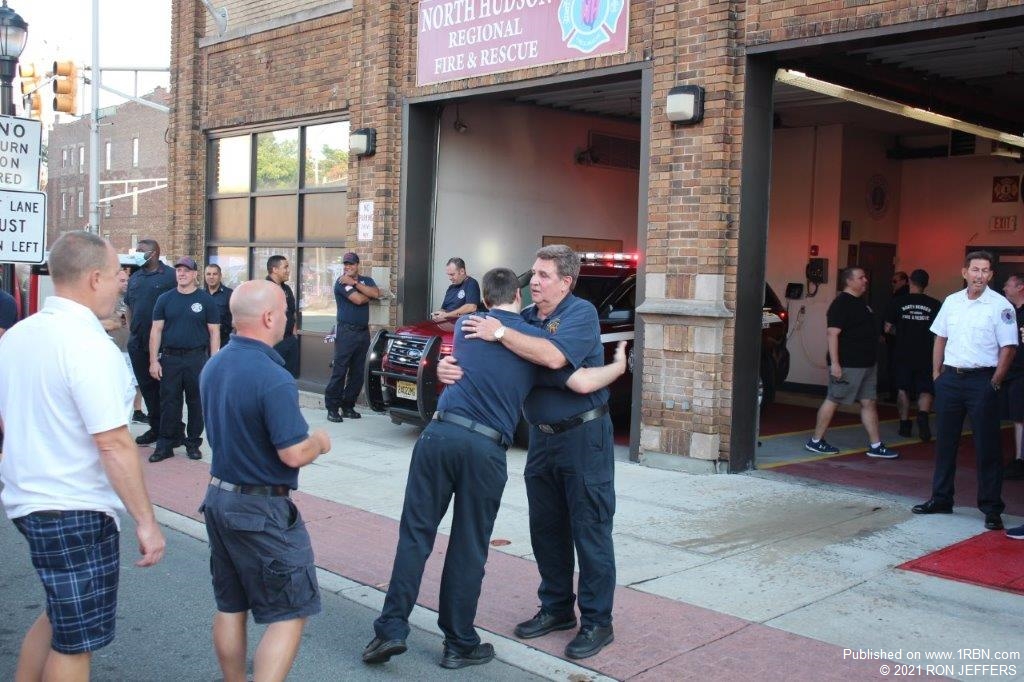 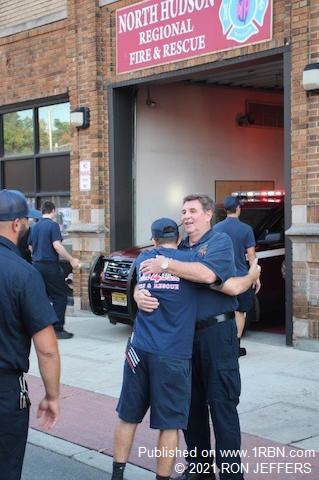 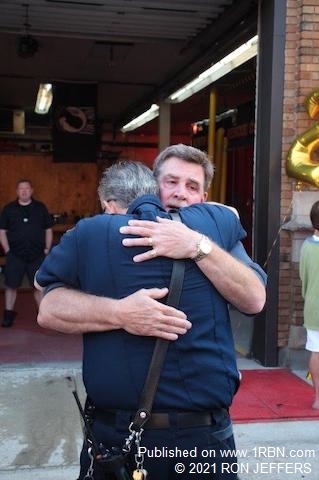 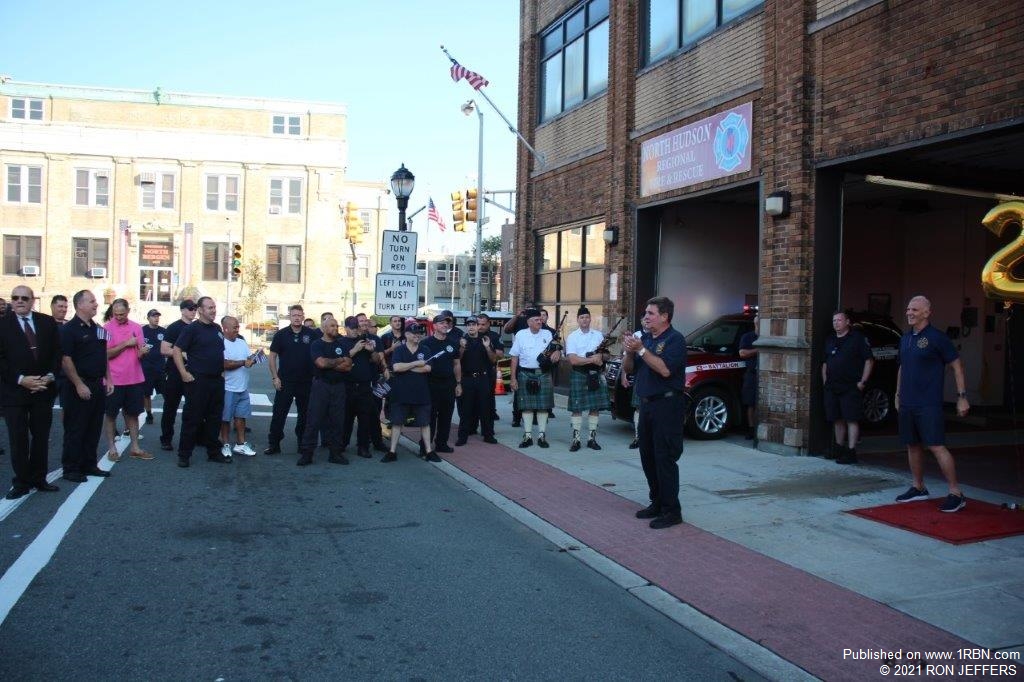 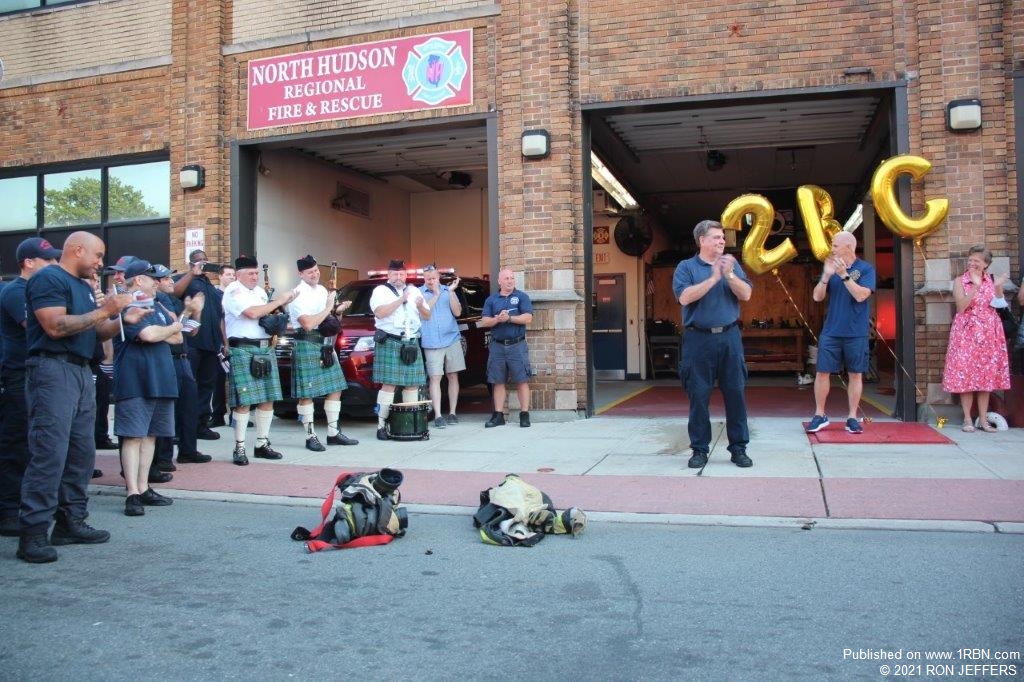 Photo by RON JEFFERSThe traditional throw out the retired guys gear, out the door!

UNION CITY, NJ - At 7:30 A.M. on July 30th, 43rd Street between Bergenline Avenue and Kennedy Boulevard was closed to traffic for the retirement walk-out at the firehouse of North Hudson for 2nd Battalion Chief Dan Giacumbo.

The street was filled with on duty, off duty and retired firefighters, dispatchers, bag pipes, family and friends to honor the well respected and loved battalion chief.

B.C. Giacumbo started his career with the former West New York Fire Department before the North Hudson regional department was organized in 1999. His brother, Mike, is also a 2nd Battalion Chief, on a different tour.

The chief, who was always calm on the fire ground, served the residents of West New York and North Hudson for 39-years. He wanted to be a fireman when he was a kid and said he loved all 39-years helping people.