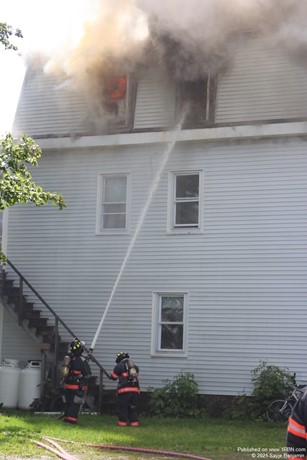 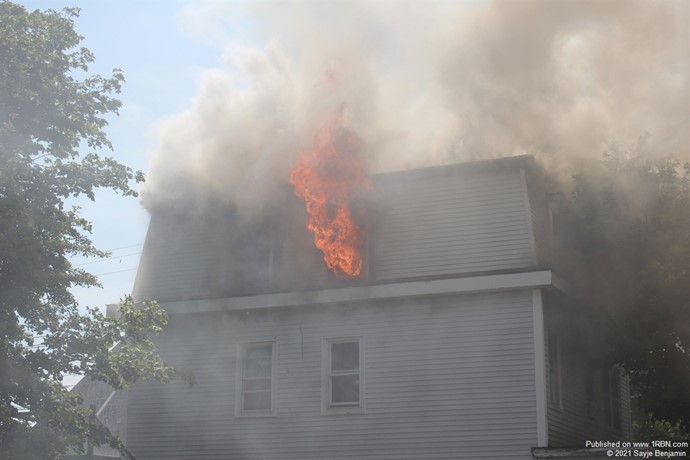 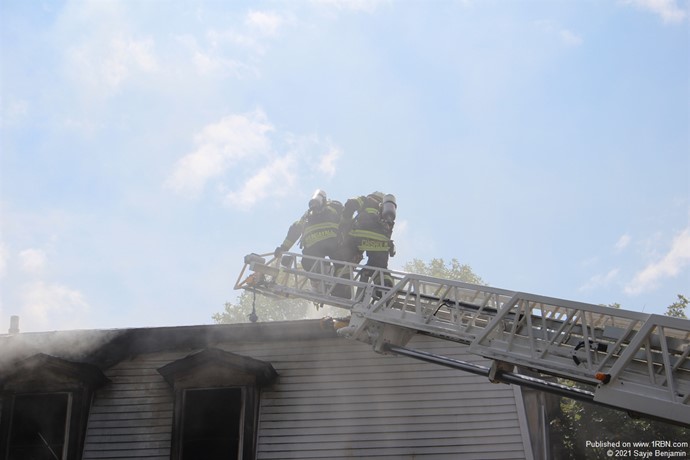 Photo by Sayje BenjaminSouthwest Harbor firefighters head to the roof

BAR HARBOR, ME - On Thursday, July 29th, the Bar Harbor, Mount Desert, Southwest Harbor, and Ellsworth Fire Departments responded to a structure fire at the corner of 1st South St. and School Street. The fire was in a three-story dwelling used for housing hotel staff in the town.

On arrival of BHFD and BHPD, Ladder 4 announced that they had smoke showing from the third floor of a three-story wood-frame dwelling. Companies attempted to make an attack on the third floor, but were met by heavy fire and backed out for a transitional attack.

Soon after, Bar Harbor crews went interior again for a short time before being pulled out once again due to water supply issues. Operations fully resumed within minutes as the first mutual aid companies began to arrive. Companies operated for around one hour until the fire was knocked down.

Northeast Harbor Ambulance provided rehab services while the Trenton Fire Department covered stations on the island. There were no injuries to report. The Fire Marshal's office is investigating the cause of the fire.