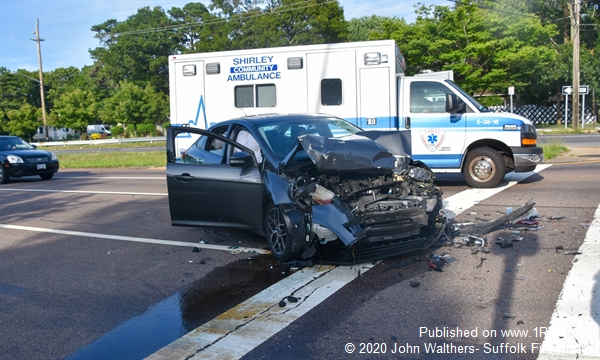 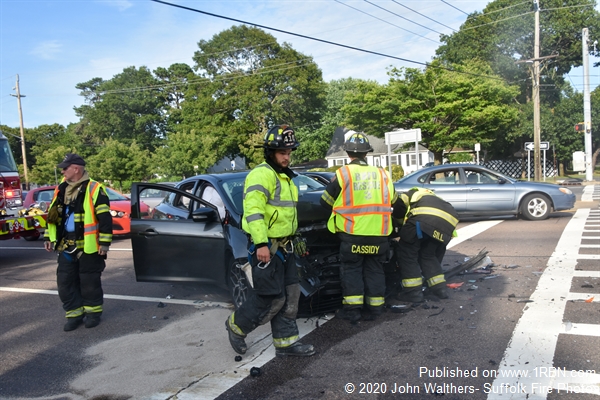 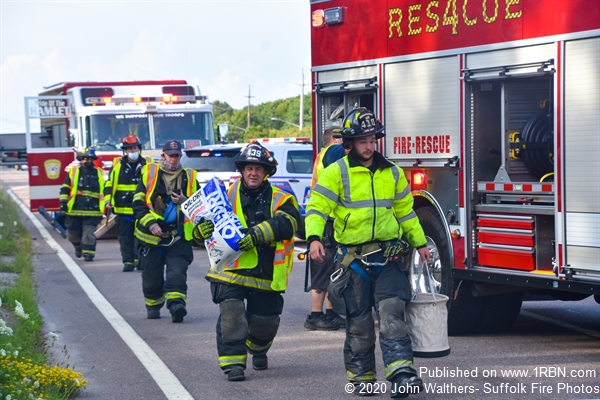 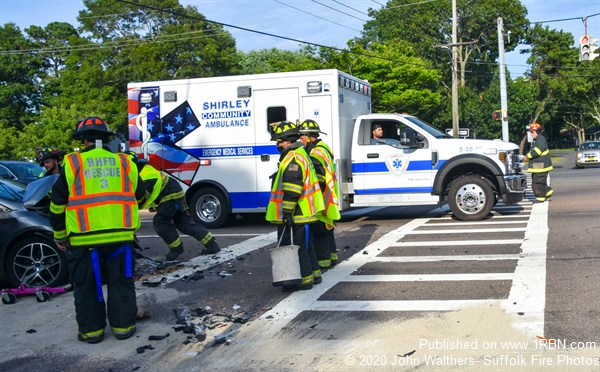 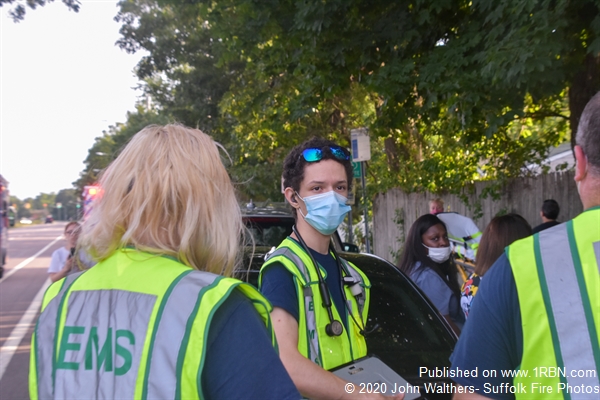 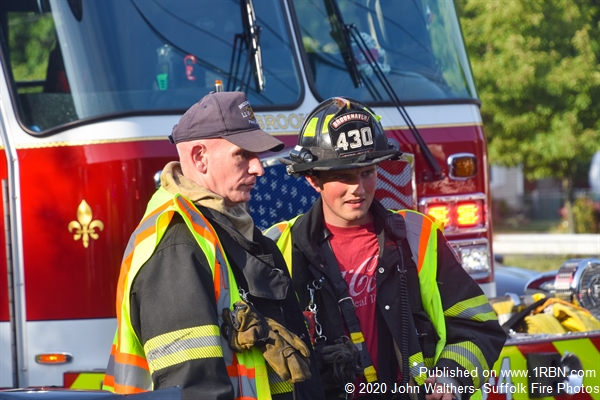 Shirley, NY - On July 23rd at about 5:42 P.M., the Brookhaven Fire Department and Shirley Ambulance were activated for a report of a motor vehicle crash on the southbound side of William Floyd Parkway, near Robinwood Dr West.

On arrival members of Shirley Ambulance quickly sprang into action, as there were multiple people at the scene outside of vehicles. They began to assess each person to find out who was involved in the crash so that they could render aid.

While EMS was working to assess the patients' injuries and get a patient count for medical control, Brookhaven FD Rescue Trucks 3 and 4 arrived on scene. Firefighters went to work immediately securing the vehicle that was severely damaged in the middle lane. Firefighters also had to put down a lot of Speedy Dry to clean up a heavy fluid spill in the highway. While they were operating, Fire Police took a position behind the engines and assisted with traffic control at the scene. The vehicle was then moved to the side of the road with the use of the Go-Jacks until a tow would arrive.

EMS continued to operate at the scene for an extended period and the OIC requested additional ambulances to the scene. In total, three ambulances were at the scene from Shirley and an additional two came from Mastic beach. At least three people were taken to a local hospital for treatment of injuries.

The right and center lanes were closed for an extended period of time. Suffolk Police remained on scene until the vehicles were cleared from the roadway.