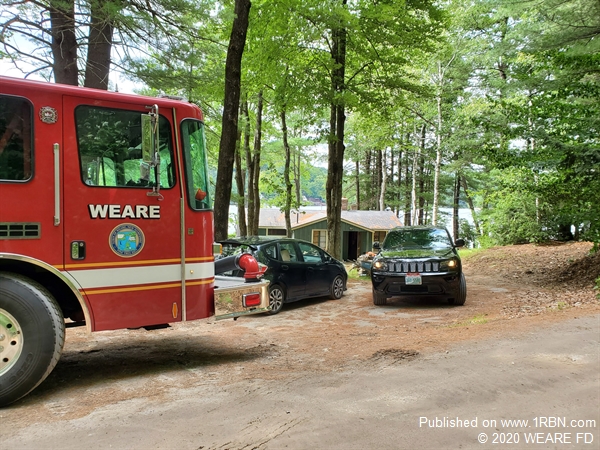 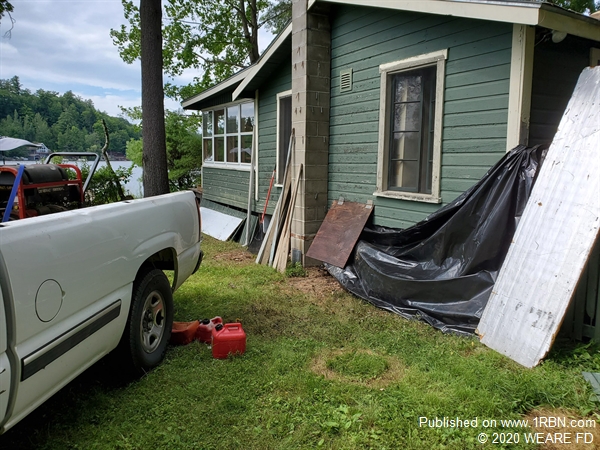 Arriving within three minutes of the dispatch, Weare Fire Chief Robert Vezina found three adults with burn injuries. The most severely injured had burns over a large percentage of their body.

The fire appears to have started when a pickup truck ran over a gas can, spraying gasoline into the open window of the house. The pilot light of the kitchen stove ignited the gasoline vapors, inflicting serious burns to one of the adult women. The two other adult relatives were burned while rendering aid and extinguishing the flames.

Weare Fire Chief Robert Vezina credits the quick action of the victims in limiting the burn injuries. Although extensive, the injuries do not appear life-threatening.

Three civilians suffered burn injuries; two were transported to Concord Hospital and one refused transportation by ambulance. No fire personnel were injured.