Car Fire in Garage Spreads to Home and Camper in Avon 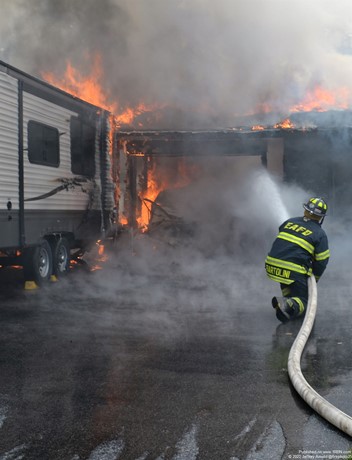 Photo by Jeffrey Arnold/@firephoto25House fire on Wadsworth Avenue in Avon. 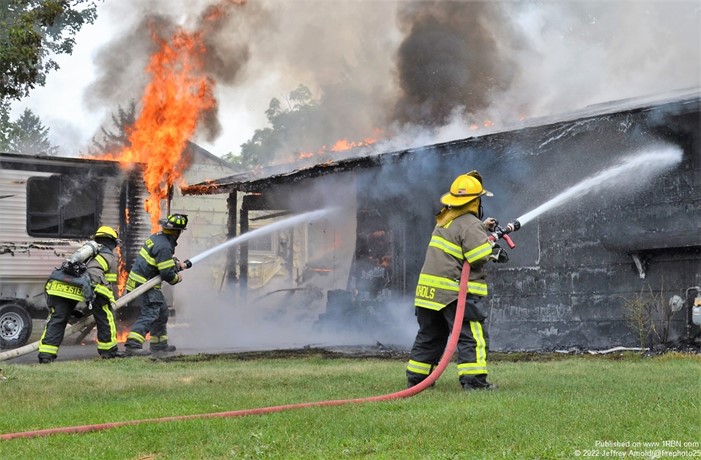 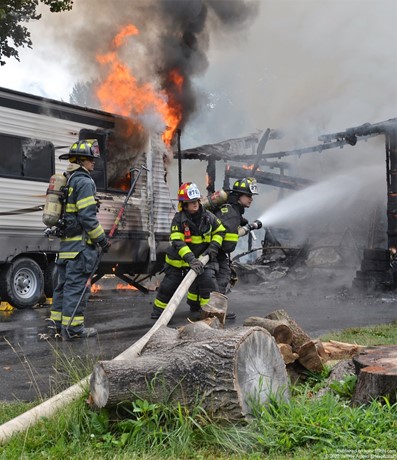 AVON, NY - On Wednesday, July 27th at 11:08 A.M., the Village of Avon Fire Department and Livingston County EMS responded to a vehicle fire in the garage at 480 Wadsworth Avenue. Fire units arrived on location and reported a working fire in a single-story dwelling with exposure issues. The blaze spread to a camper parked in the driveway and also damaged the siding of a nearby residence. Mutual aid was requested from East Avon, Caledonia, Geneseo, Lima, Livonia (FAST) and Livonia EMS (Rehab). One firefighter was treated for heat exhaustion. The blaze was brought under control in about 45 minutes. Also assisting at the scene were Avon Police, Livingston County Emergency Management, Livingston County Sheriff's Office and National Grid.