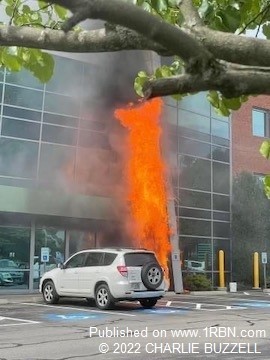 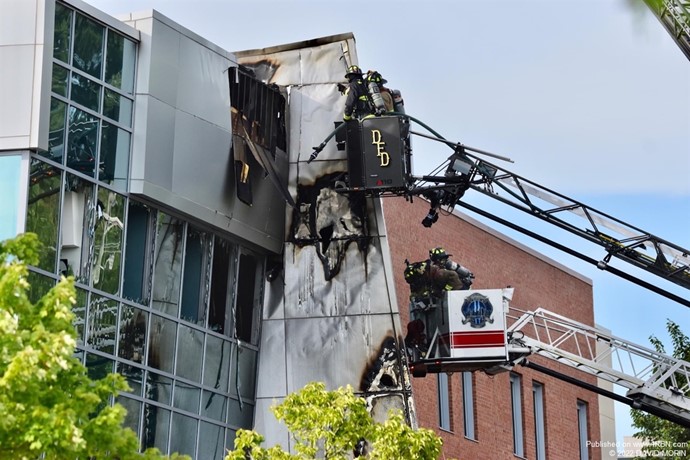 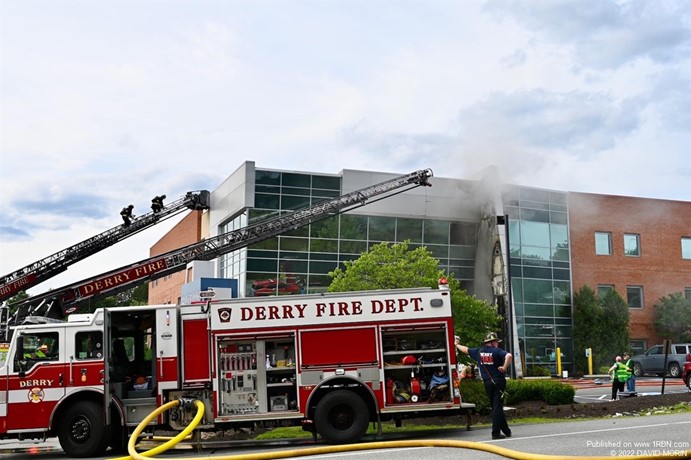 DERRY, NH - On July 27th at approximately 3:22 P.M., the Derry Fire Emergency Communications Division received an automatic alarm from 6 Tsienneto Rd., which is a three-story, 85,000-square-foot medical office building. At the time of this incident the medical offices were occupied by staff and patients.

Car 1, Ladder 3, Ladder 4, and Engine 2 were dispatched, and while fire crews were responding to the scene the Communications Division received multiple 911 calls reporting smoke and fire. A full first-alarm assignment was dispatched, including replacements for Engine 1 and Medic 1 assigned to a previous call.

Derry Car 1 arrived on scene to find heavy fire on the front side of the building extending to the second floor and requested a second-alarm. People were actively evacuating as crews worked to extinguish fire, both interior and exterior, on all three floors. There was smoke and water damage to all three floors.

The incident required four alarms to bring in sufficient personnel to get the incident under control. Three firefighters were treated and transported to Parkland Medic Center for minor injuries and later released.

The Derry Fire Prevention Bureau, assisted by the Derry Building Inspector, investigated the fire for cause and origin. At the time of this press release, the fire was not considered suspicious.

The building was turned over to the owners at 10:51 P.M. There were no civilian injuries reported.