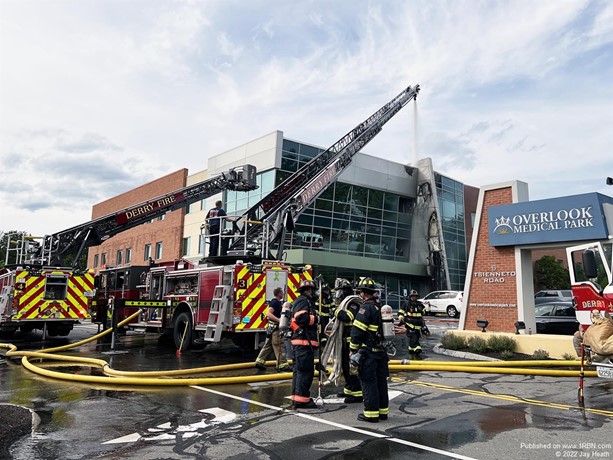 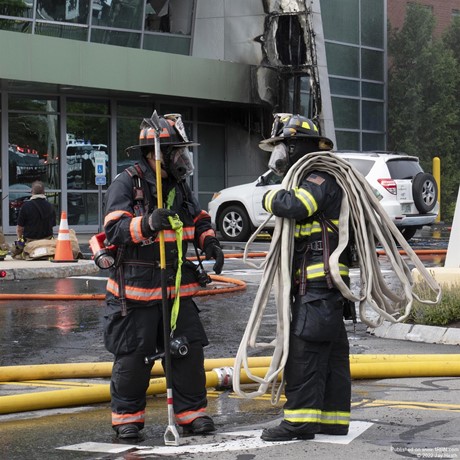 Photo by Jay Heath Numerous hand lines were stretched inside the 3 story building. 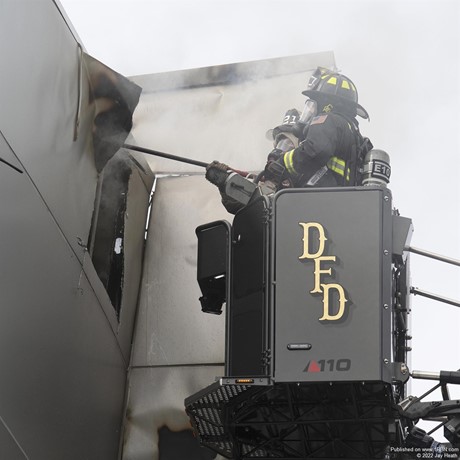 Photo by Jay HeathSeveral hours of extensive overhaul and ventilation were required. 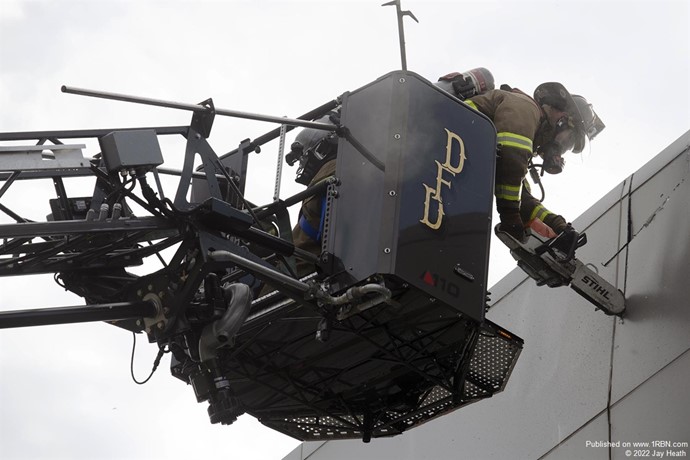 Photo by Jay Heath Derry firefighters open up the top of building for fire extension. 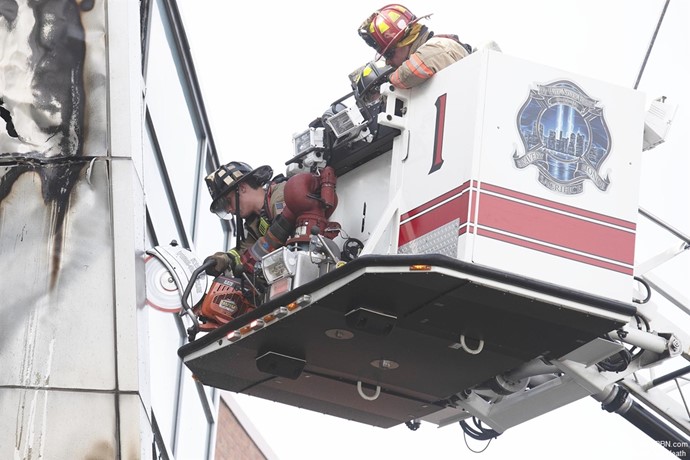 Photo by Jay HeathLondonderry Truck 1 assisted in opening up the outside of the building. 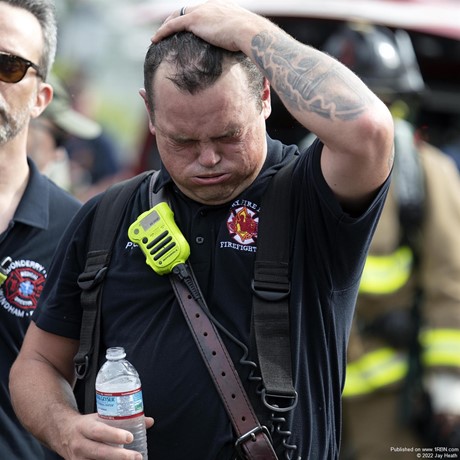 Photo by Jay HeathHumid weather conditions made for tough firefighting. 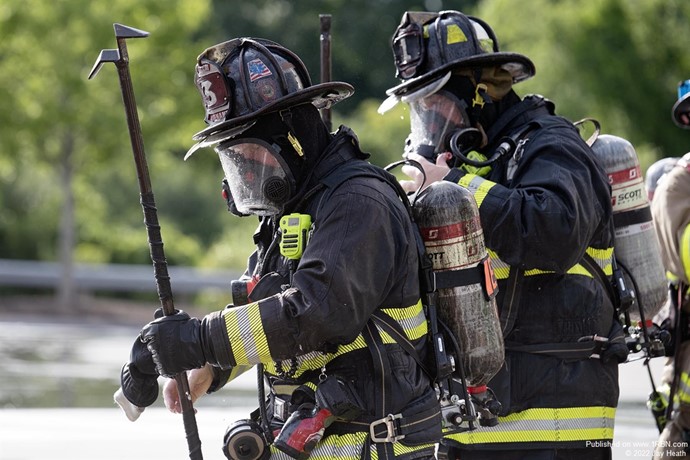 Photo by Jay HeathSeveral crews were rotated during the fire, here Salem firefighters take a break after exiting the building. 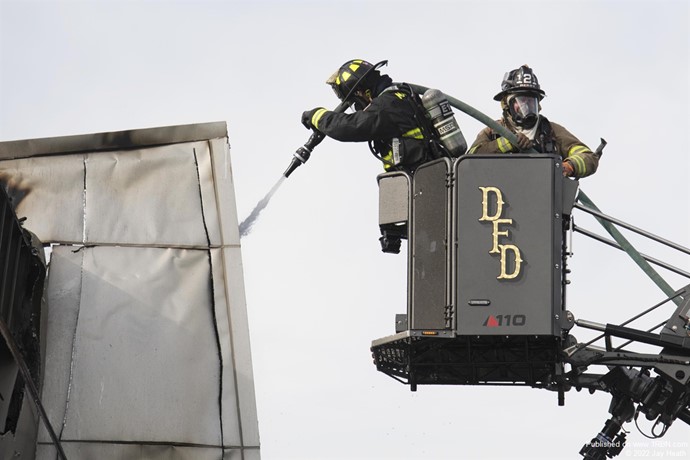 Photo by Jay HeathDerry's Truck wets down the top of the building.

Derry, NH - July 27- Derry firefighters along with numerous mutual aid communities had a tough fire fight on there hands in a large medical office building Wednesday afternoon. An automatic alarm came in at 15:22 hours for the Overlook Medical Park office building at 6 Tsienneto Road. The building is a 3 story 85 thousand square foot medical office building which was staffed at the time of fire with medical staff and patients. While Engine 2, Ladder's 3 and 4, and the Battalion Chief were responding, multiple 911 calls started coming in reporting smoke and fire at the location. Companies arrived to find heavy fire on the front side of building and requested a 2nd Alarm. People were actively evacuating the building as firefighters worked to extinguish the fire on all three floors. The fire escalated to 4 Alarms with special calls for 2 additional ambulances to the scene. Firefighters battled heavy smoke all on floors as well as humid weather conditions. The fire required extensive overhaul and ventilation for several hours. Three firefighters were treated and transported to the local hospital for minor injuries and released. Fire Companies that assisted at the scene included, Londonderry, Windham, Salem, Auburn, Chester, Hampstead, Manchester, Nashua, Hudson, Plaistow, Pelham, Atkinson, Raymond, and Hooksett. Multiple simultaneous calls were handled by Station coverage that included Methuen, Bedford, Allenstown and Merrimack. Derry companies cleared the scene by 22:51 hours but later returned for a rekindle at around 4 am. The fire is under investigation by the Derry Fire Department.