Salem Firefighters Make Great Save on House During High Heat 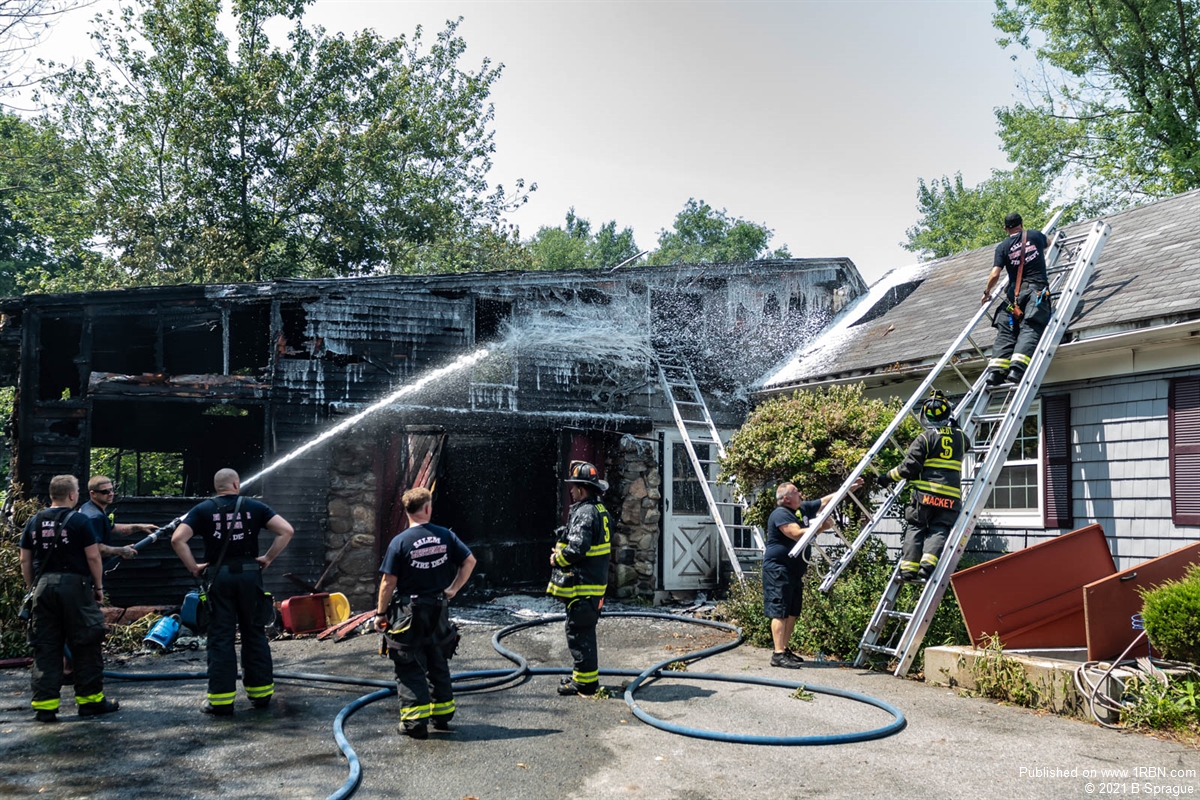 Photo by B SpragueFirefighters doing a last wash down of the fire scene.

SALEM, NH - On Tuesday, July 27th, Salem Fire alarm started receiving calls for a barn fire with an attached 60'x30' two-story home. As Battalion Chief Young was arriving on scene he reported a barn attached to a house with heavy fire showing. First-in companies made an aggressive attack trying to keep the fire out of the main house.Due to the fire being out of the hydrant area and also high temperatures, a second and then a third alarm were struck, bringing in mutual aid from both New Hampshire and Massachusetts to the scene with tankers or to help cover the empty stations. Firefighters were able to make a great stop and contain the fire to the barn area with only minor extension to the house. The cause of the fire is under investigation by the Salem Fire Department.