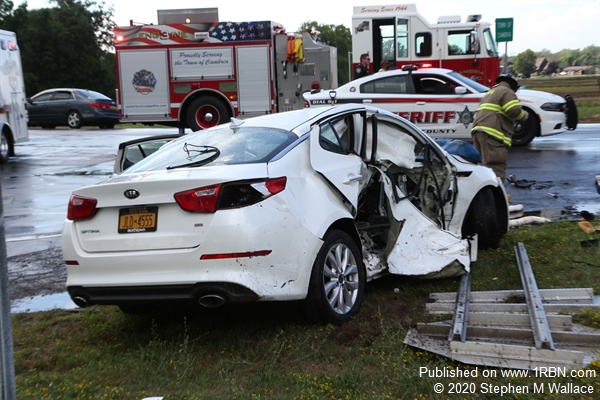 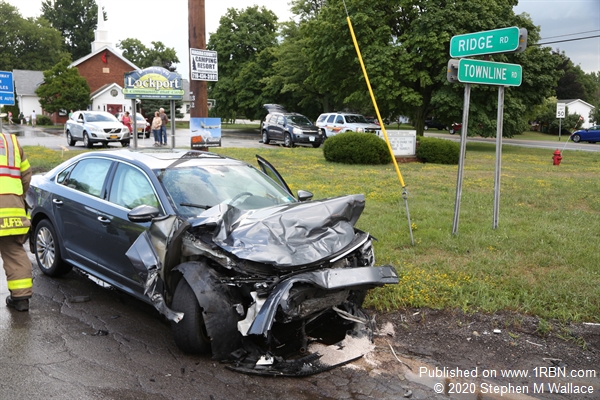 Photo by Stephen M WallaceThe driver went head on into the side of the white car, the driver escaped serious injuries 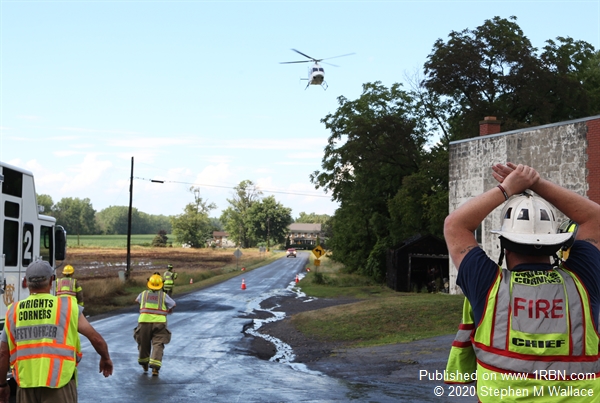 Photo by Stephen M WallaceChief JJ Commander McKnight gives the X aboard to Mercy Flight, as the red truck speeds right to the landing zone 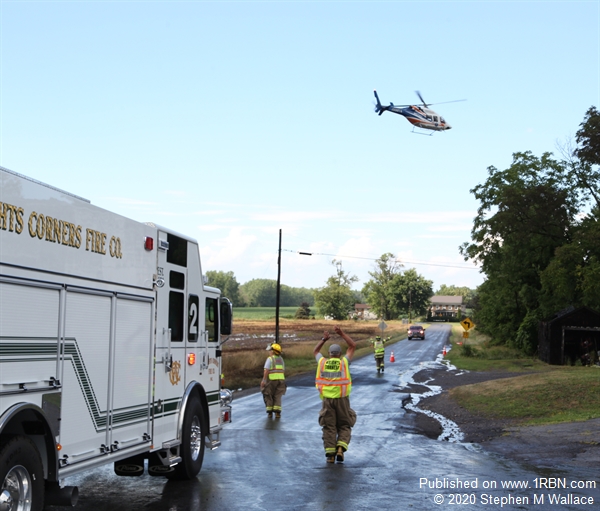 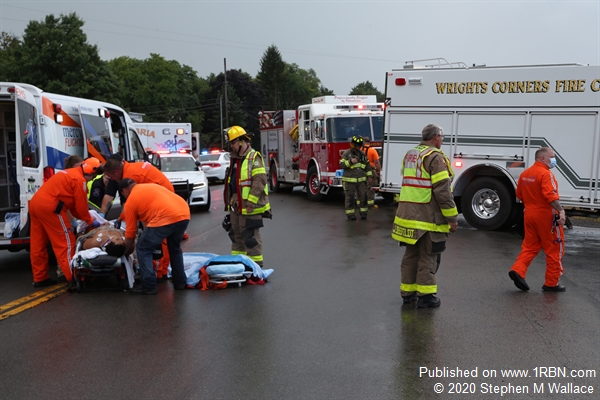 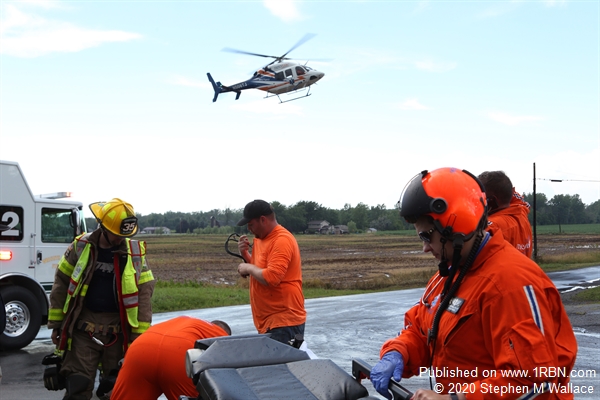 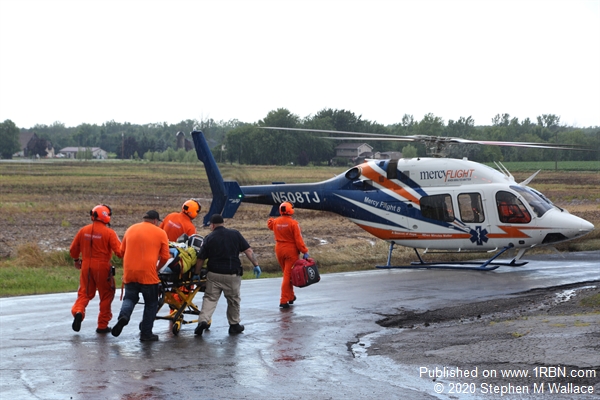 Photo by Stephen M WallaceThe victim was rushed to the helicopter for a fast trip to the Trauma Center. 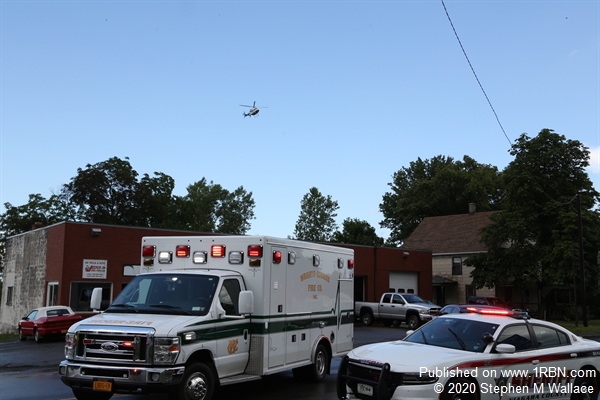 On scene, Chief McKnight realized that he needed Mercy Flight to the scene and would land them right on Old Beebe Road. Mercy Ambulance Paramedics were busy working on the unconscious male and EMS crews from both companies were working on the other injured drivers. The scene was quickly protected by Fire Police, along with four engines, Heavy Rescue, four marked Sheriff units and a number of ambulances, all with emergency lights on.

Beebe Road was marked off with weighted orange cones for Mercy Flight to land. Mercy Flight was on final approach when Chief JJ Commander McKnight could not believe what he was seeing. A full-size red pickup was speeding right toward the landing helicopter. The front of the helicopter was facing the accident scene (south) the truck was heading in from the north to the south.

Chief McKnight, with his decades of experience, used something that I personally have never seen; immediately, the Chief elevated his arms in an X to signal an emergency ABORT landing to the pilot. The ground crews desperately waved the truck down. Mercy Flight, with pilots second to none, constantly monitor the scene and saw the signal, swung the bird east-west and elevated immediately. Once the “IDOT” driver was backed out of the scene, Mercy Flight made a safe second attempt landing. The weather had moved in, so the pilot dropped the crew and lifted off, taking the bird into clear skies, waiting for the call to head back.

The rescue crews made sure the cars were made safe, and that debris was picked up. Mercy Flight Medics prepared the critical passenger for transport, bringing him to their stretcher and securing all lines. The helicopter was called in for a quick hot load and go to the ECMC Trauma Center. By both companies working together, the injured got treated quickly and the cars were made safe.

The experience of Chief McKnight and of Mercy Flights pilot prevented what could have been a horrific incident, with a crew of five on the helicopter and countless emergency personnel in the zone of blades if tragedy had occurred. This is a testimony for the ongoing ground training courses given by Mercy Flight and Chiefs, constantly monitoring their scenes at all time.