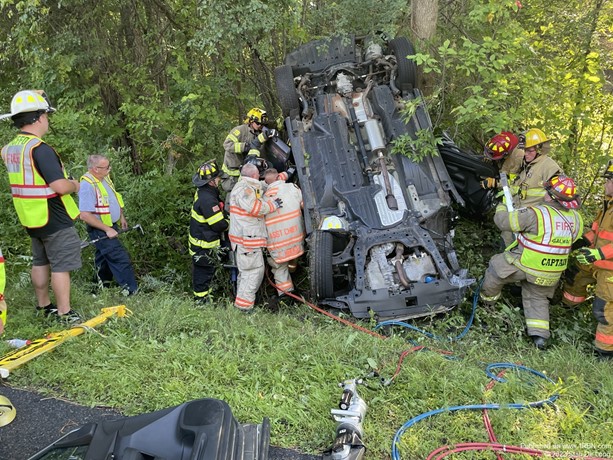 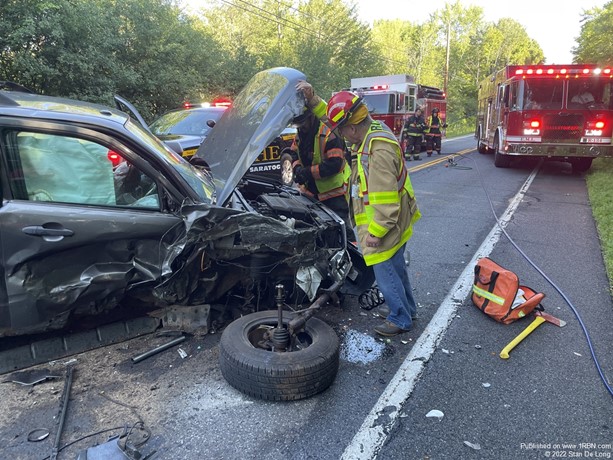 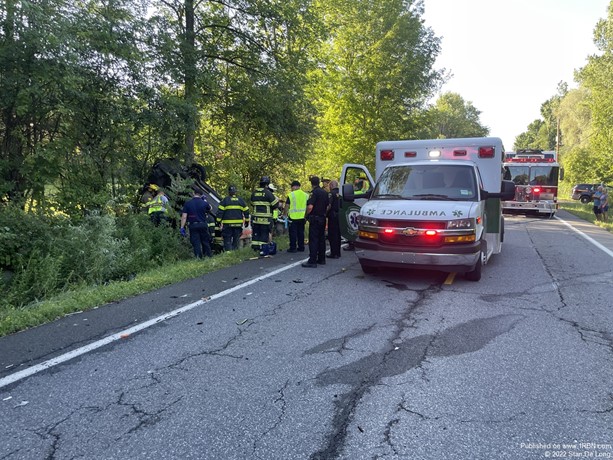 MILTON, NY - During the late afternoon of July 21st, Saratoga County's 911 center received calls reporting a head-on crash on Middleline Road that caused one of the vehicles to roll over.

Milton Eagles (aka Rock City Falls) was activated at about 5:52 P.M. A request was later received to have Ballston Spa FD respond to assist with the extrication. An engine from Galway FD happened to be on the way to the Saratoga County Fair for a PR detail, so their crew offered assistance, as they were just a short distance away and would have traveled over Middleline Road anyway.

On arrival, a heavily damaged vehicle was found in the center of the roadway. All four occupants had exited the vehicle on their own. The second vehicle had rolled over, landing upside down against a large tree several feet from the shoulder of the roadway. Galway's crew immediately began rescue operations with their extrication tools.

Rock City Falls, followed by Ballston Spa, arrived on the scene to assist with extrication efforts. Once the operator had been removed from the wreckage, a crew from Community Emergency Corps began an in depth assessment and rendered care before transporting to Saratoga Hospital. The four occupants from the other vehicle were evaluated by EMS on scene and required no transport. The crash was investigated by the Saratoga County Sheriff's Department.