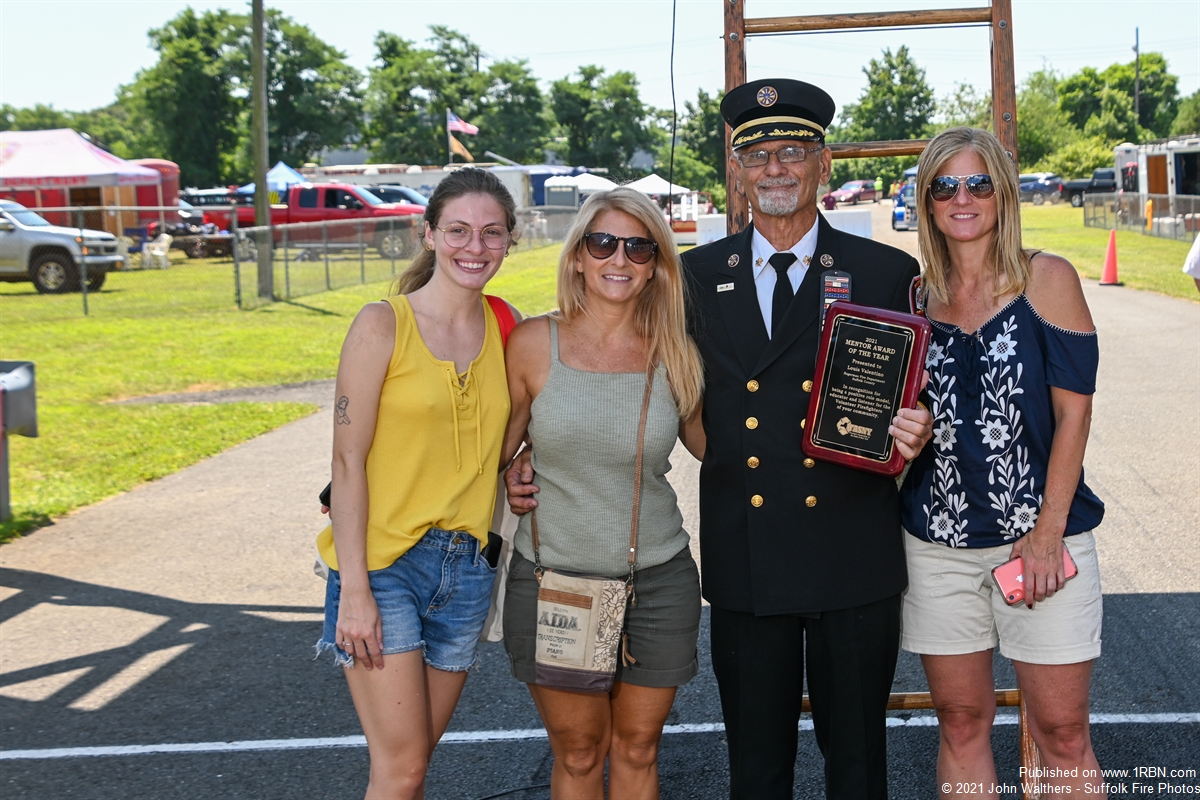 Photo by John Walthers - Suffolk Fire PhotosHagerman FD's Louis Valentino with his family after getting the 2021 FASNY Youth Mentor of the Year award. 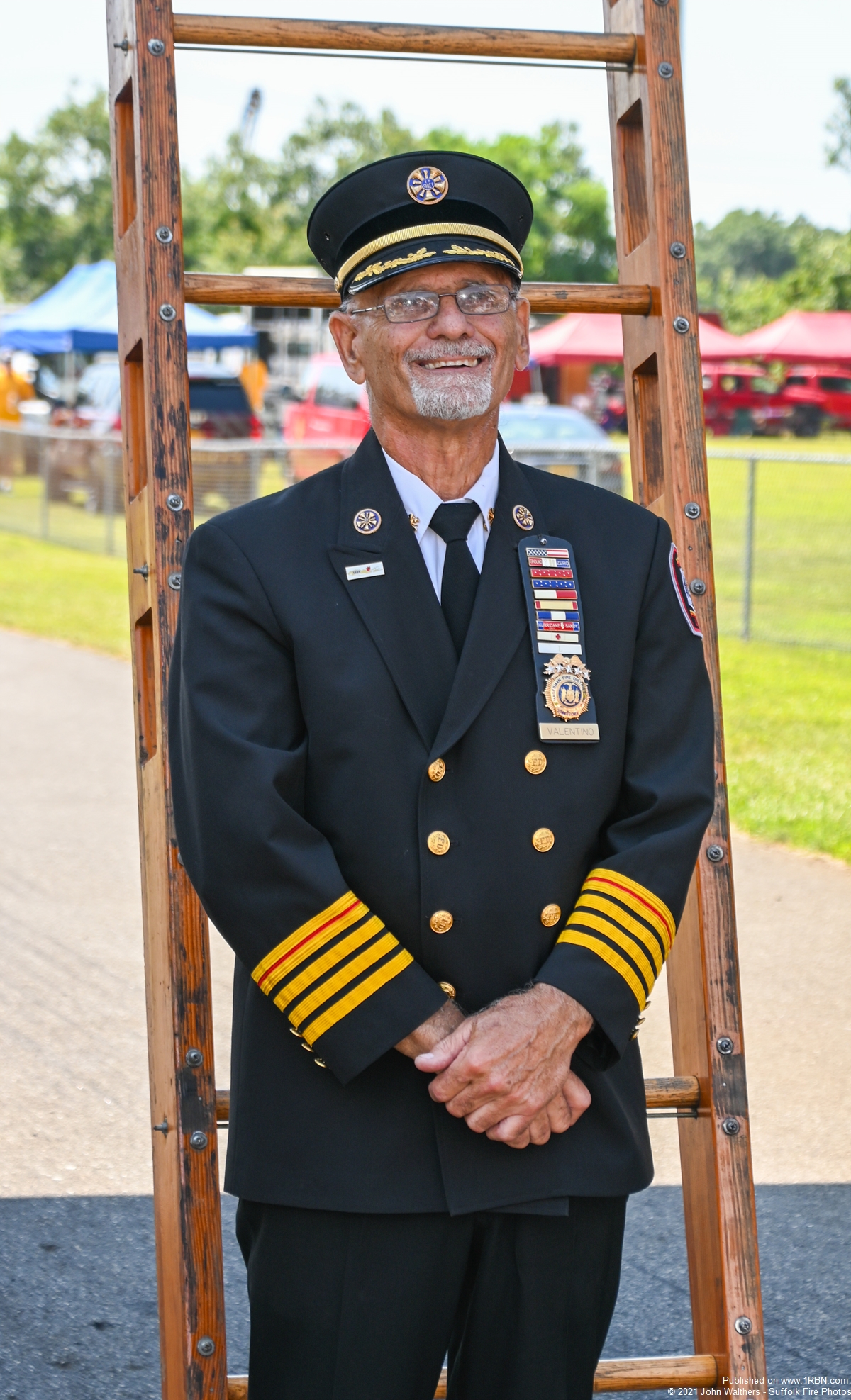 Photo by John Walthers - Suffolk Fire PhotosHagerman FF Louis Valentino in uniform in East Patchogue prior to being honored with the FASNY Youth Mentor of the Year award. 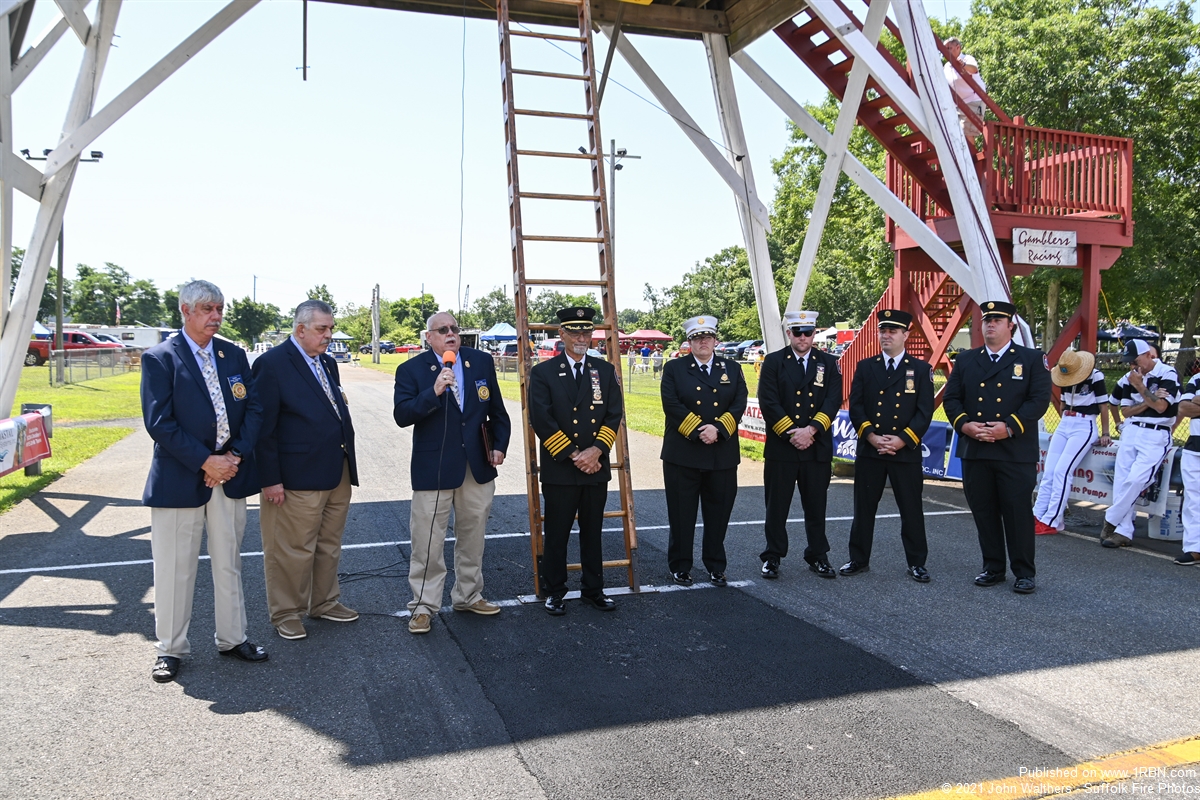 Photo by John Walthers - Suffolk Fire PhotosFASNY Directors Michael Krummenacker and Frank Guarino joined 2nd VP Gene Perry, Chief of Department for Hagerman Nicole Pannhurst, Assistant Chief Tim Dunham and other leaders of Hagerman FD in presenting Louis Valentino with the 2021 Youth Mentor of the Year award for all his achievements with the Explorers, Jr Drill team and other activities inside and outside the department and community. 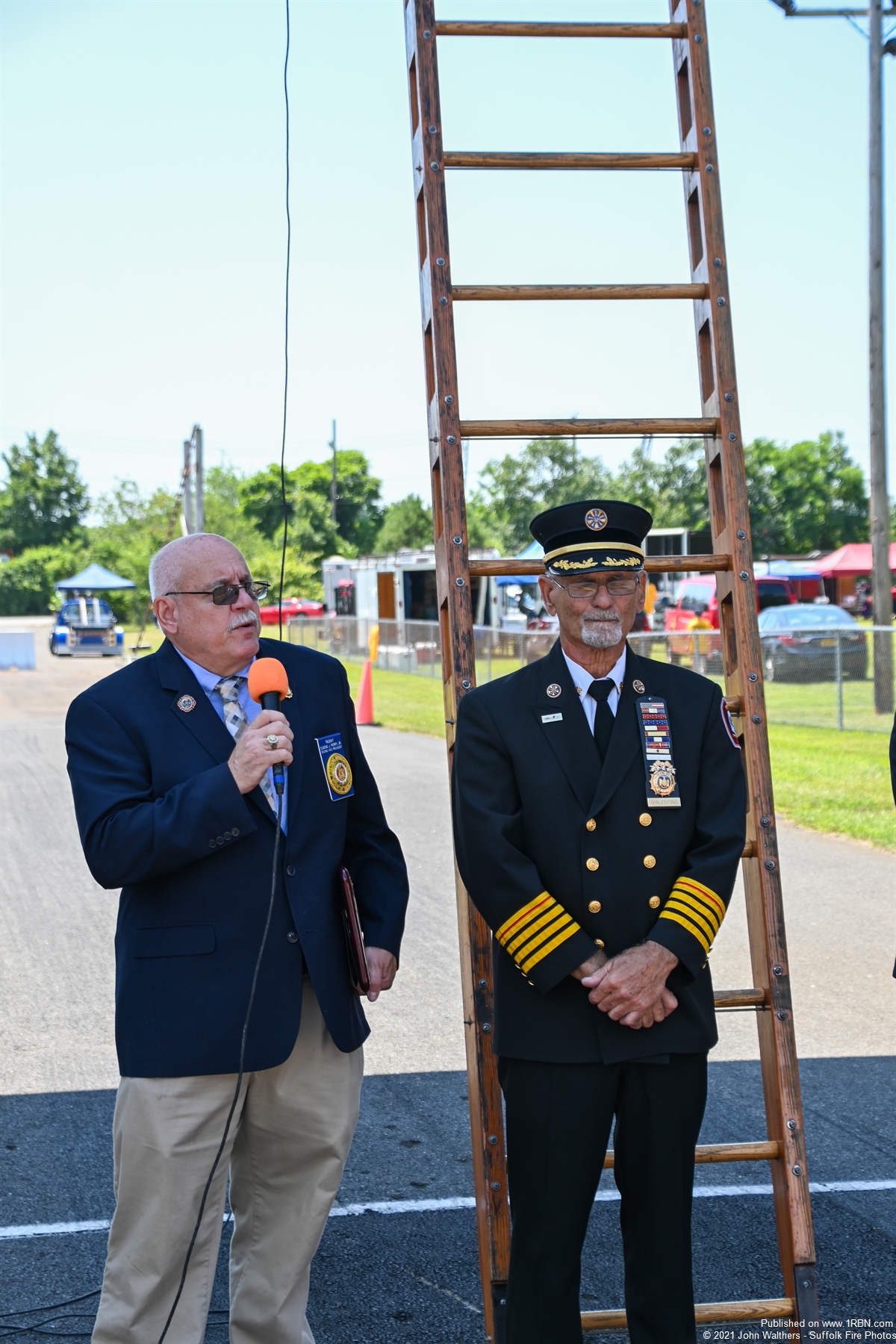 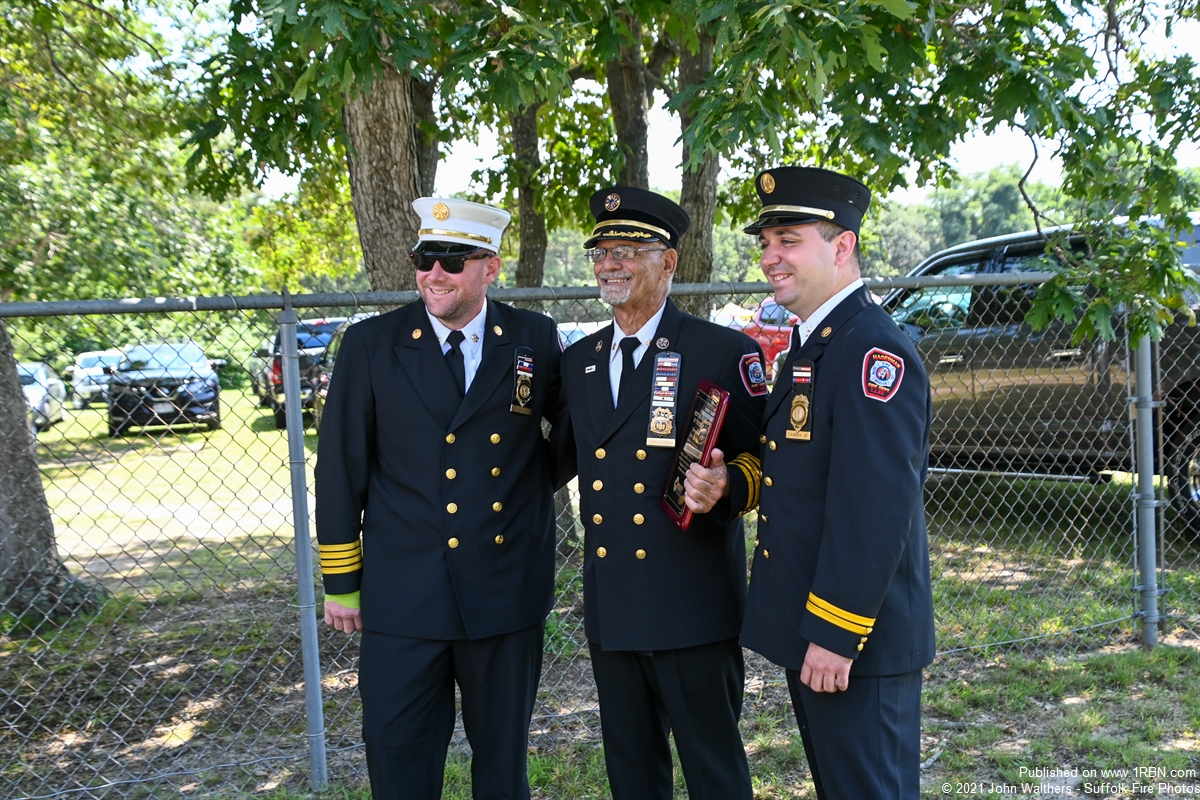 Louis was recently honored by FASNY (Firemen’s Association of the State of New York) before the start of the Joe Gonnelly Memorial Drill hosted by Hagerman FD. FASNY 2nd Vice President Gene Perry was joined by Directors Michael Krummenacker and Frank Guarino in presenting the 2021 FASNY Youth Mentor of the Year Award to Louis Valentino.

In addition to being a member for over 57 years, Louis spends a great deal of time helping the youth grow not just in the fire service, but in the community. This is where Louie's passion seems to really lie. He helped to create the Explorer Program at the Hagerman FD, which runs in conjunction with the Boy Scouts of America that helps teach young men and women ages 14-17 about the fire service and exposes them to what the fire service is like.

In addition to this, he is also a director of the department's Junior Racing Drill Team. This program is open to an even larger group of kids, as you can join as young as 8-years-old, and compete in competitions at both county and state levels. Though the team has won multiple state championships, it's not all about competitiveness and winning. Louis, along with his fellow coaches, also teach the kids other responsibilities as well as how to just be good sports when on and off the track. Many of the kids that Louis helped to mentor have even gone on to become valuable contributors to the department and community, including 1st Assistant Chief of the Hagerman FD, Tim Dunham.

Hagerman's Chief of the Department has even spoken very highly of Louis’ impacts with the programs he helps run, as well as the community. As if all of that wasn’t enough to keep Louis Valentino busy in addition to being a volunteer at Hagerman FD and helping Explorers and running the Jr Drill team, he is also Chairman of the the Board of Directors at the South Country Ambulance Company which serves Brookhaven, Bellport and the East Patchogue Community.

It's safe to say that Louis Valentino has definitely earned the title of 2021 Youth Mentor of the Year.