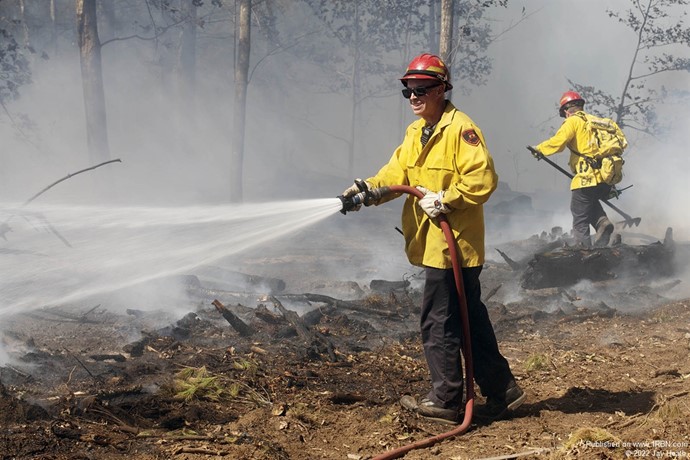 Photo by Jay HeathConcord Firefighters battled a brush and woods fire during the recent heatwave. 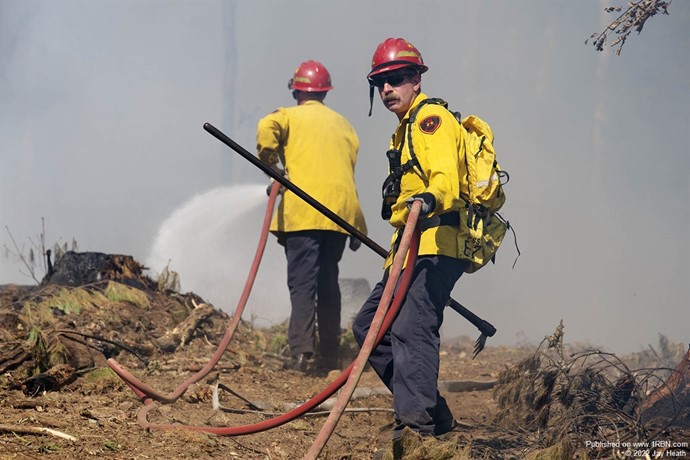 Photo by Jay HeathA 3rd Alarm as well as a General Alarm for off duty firefighters was required. 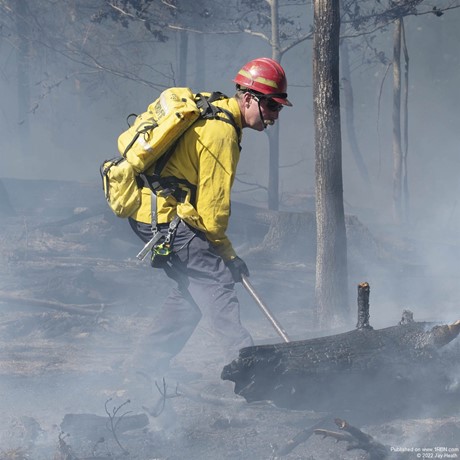 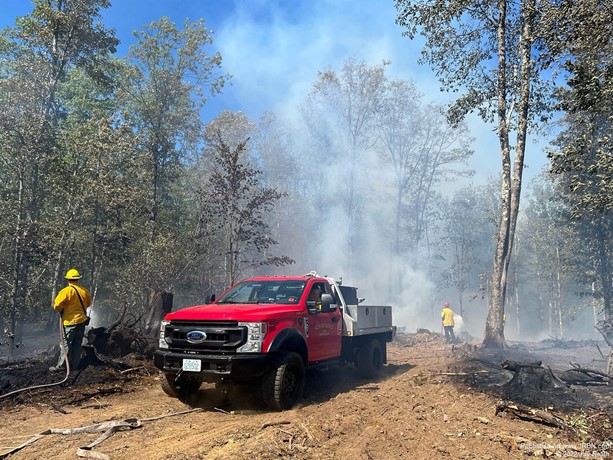 Photo by Jay HeathEight 4X4 Forestry trucks were utilized during the fire. 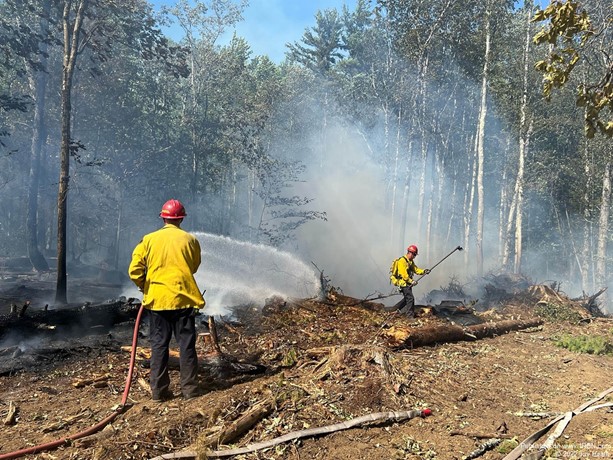 Photo by Jay Heath The fire was brought under control at 17:36 hrs.

The first calls came into fire alarm at 2:11 P.M. for smoke in the area. Upon arrival, companies detected signs of a brush fire, but were unable to immediately locate it. At 2:59 P.M., with the help of nearby residents and UTVs, the fire was located approximately a half-mile into the woods on top of a steep hill at a logging operation.

The fire department brush trucks were able to access the fire on a nearby logging road. A third-alarm was transmitted by Battalion Chief Stone, as well as a general alarm to recall the city's off duty firefighters. Firefighters found the fire rapidly spreading and also battled high heat and humidity brought on by the recent heatwave.

A total of 50 firefighters were able to bring the fire under control at 5:36 P.M., utilizing a total of 3 Engines, 1 Tanker, 8 Forestry trucks, and 2 off road utility vehicles. The city firehouses were covered by mutual aid companies from Loudon, Tilton-Northfield, and Hooksett Fire Departments. The Red Cross was also on the scene to assist with rehab operations. No injuries were reported, and the cause of the fire remains under investigation.