Heavy Fire on Arrival in Plymouth 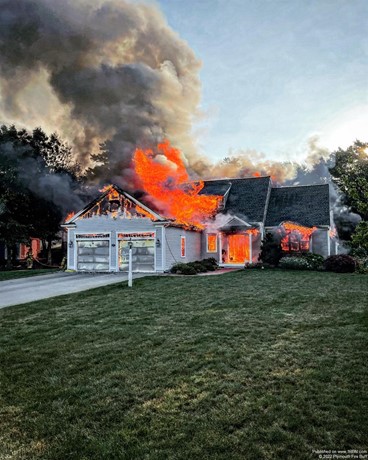 Photo by Plymouth Fire BuffFirst due Heavy Fire Throughout 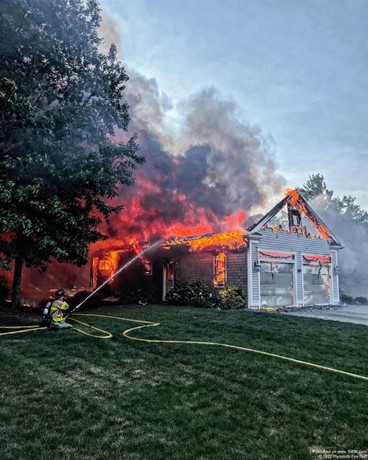 Photo by Plymouth Fire BuffA hand line going into operation on B side as the structure is now fully involved. 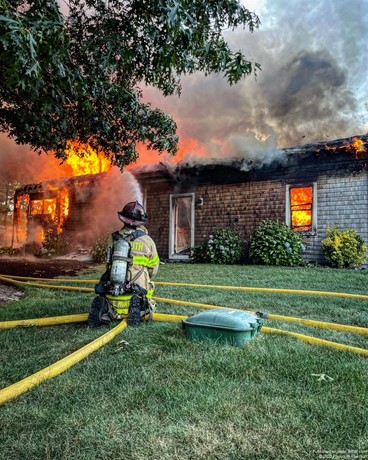 Photo by Plymouth Fire BuffLt. Murray operating a 2” line on Side B. 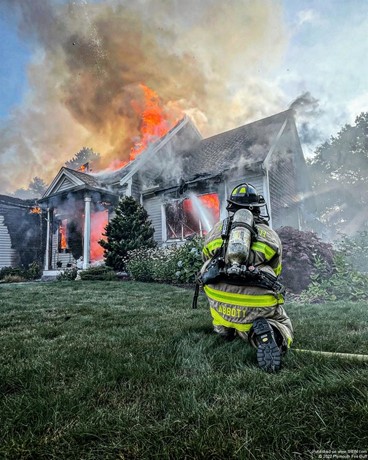 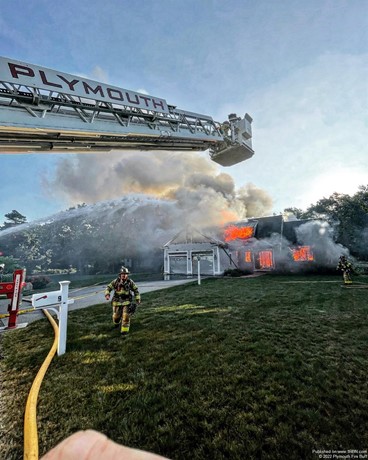 Photo by Plymouth Fire BuffEngine 10’s deck gun in operation as Tower 1 sets up for operation. 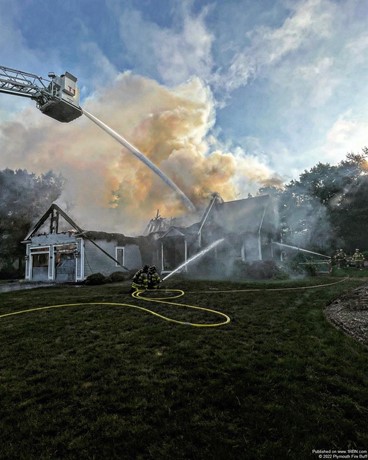 Photo by Plymouth Fire BuffTower 1’s aerial in operation as fire begins to darken down after a complete collapse of floor 2. 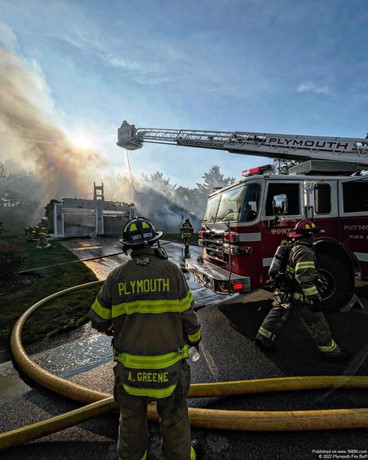 Photo by Plymouth Fire BuffTower 1 in operation A Side 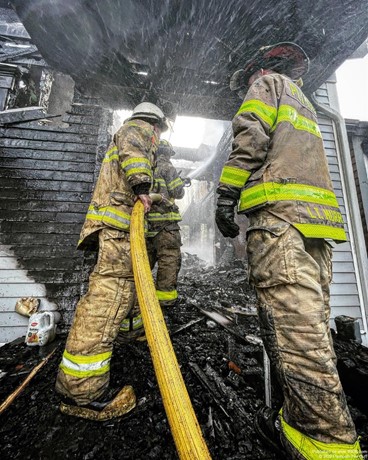 PLYMOUTH, MA - On the morning of July 24th at 6:38 A.M., Plymouth Engines 1, 10 and 7, Tower 1, and BC1 were dispatched to 24 Overlook Circle for a building fire. While en route, Fire Alarm advised that multiple calls were coming through, and myself and Engine 10 observed a large plume of smoke from a distance which prompted BC1 to start Rescue 1.

Arriving first due with Engine 10, Lt. Murray reported heavy fire from an attached garage that was spreading into the second floor of a two-story wood-frame. BC1 immediately struck a Working Fire and requested two additional companies (Engine 3 and Ladder 2), as the structure was now fully involved.

A Kingston Engine was requested for station coverage as a second-alarm was struck. Engine 10 stretched a two-inch line to Side B and went to work as well as utilizing their deck gun until Tower 1 could get set up. Tower 1’s aerial was put into operation along with numerous hand-lines on all four sides of the structure.

Heavy fire was knocked down at 7:19 A.M., with companies still battling a stubborn basement fire until 8:07 A.M., at which time companies began making up. Detail companies remained on scene hitting hot spots. The cause of the incident is currently under investigation by the fire marshal’s office.