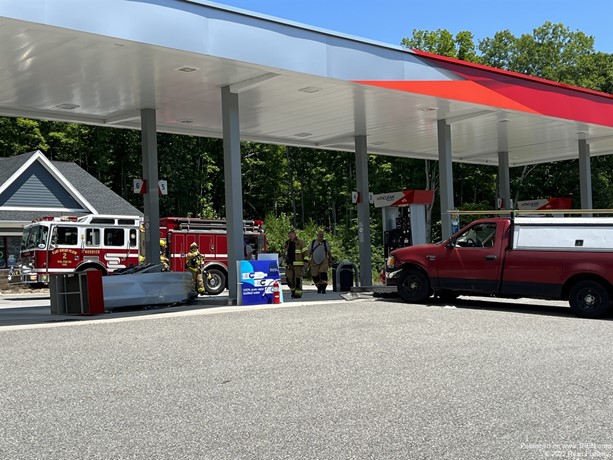 Photo by Ryan FlahertyThe truck struck the pump and then backed up. 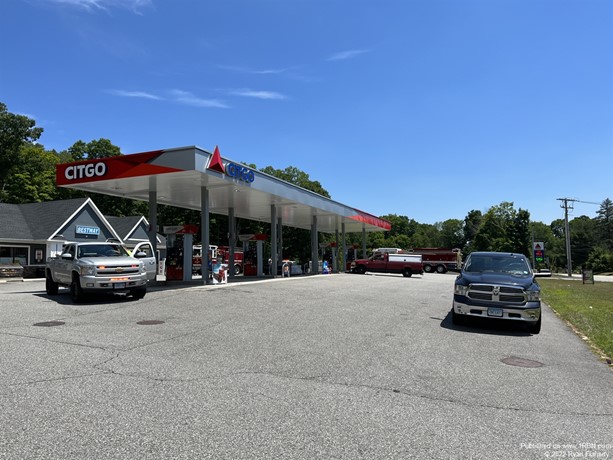 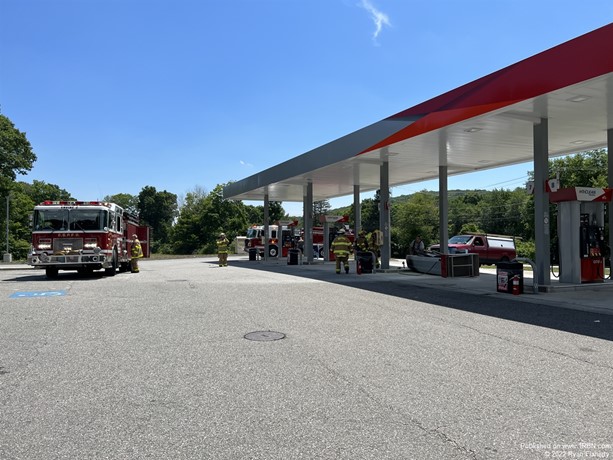 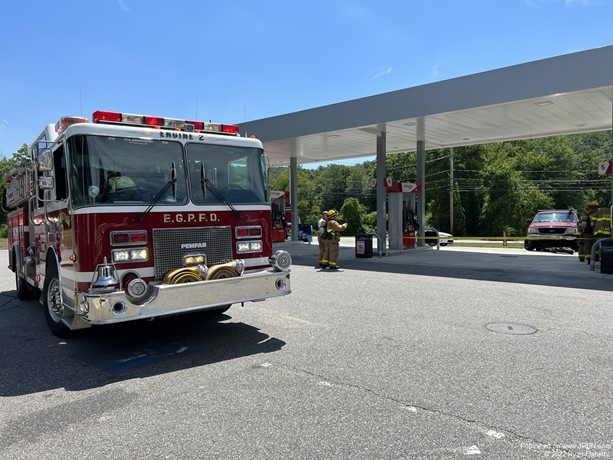 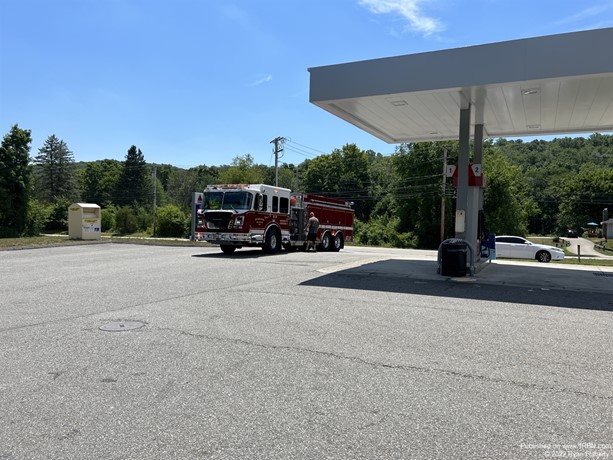 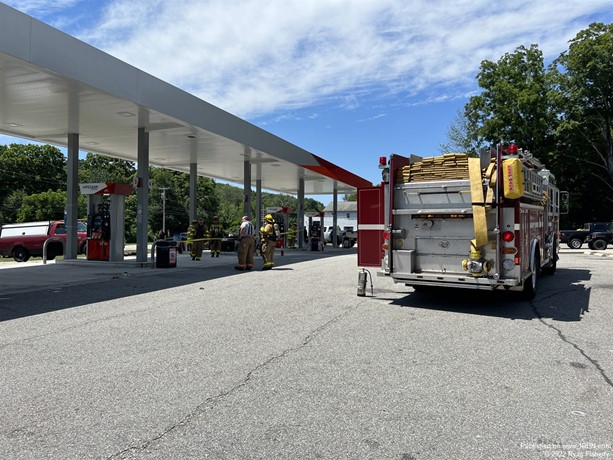 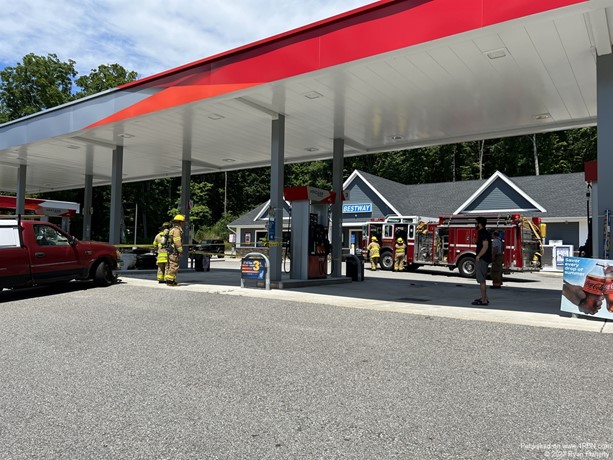 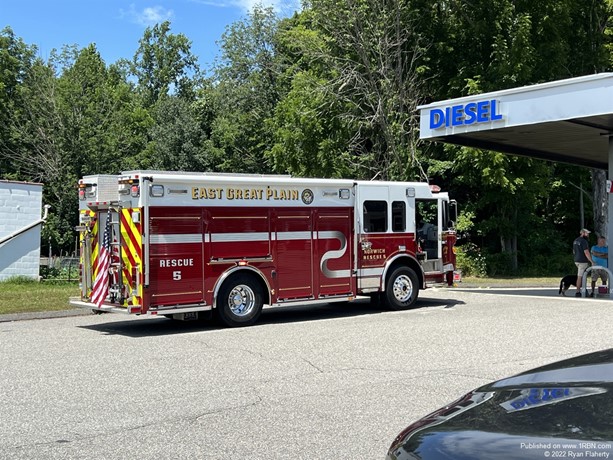 At 12:32 pm on Saturday, 7/23/2022 the Bozrah & East Great Plain Fire Departments were dispatched to 419 Salem Turnpike, the Bestway Gas Station for a pick up truck that struck a gas pump with the pump on fire. The Bozrah Fire Marshal arrived at 12:38 reporting a gas pump tipped over with a small fire after being hit.

Engine 52 arrived at 12:43 and used an extinguisher to put the fire out. Crews taped off the area with caution tape and held the scene. The Connecticut Department of Energy and Environmental Protection responded to the scene and there were no injuries. Bozrah’s apparatus responded to a simultaneous incident that happened at the Odetah Camping Resort.