House Goes Up In Flames In Shirley 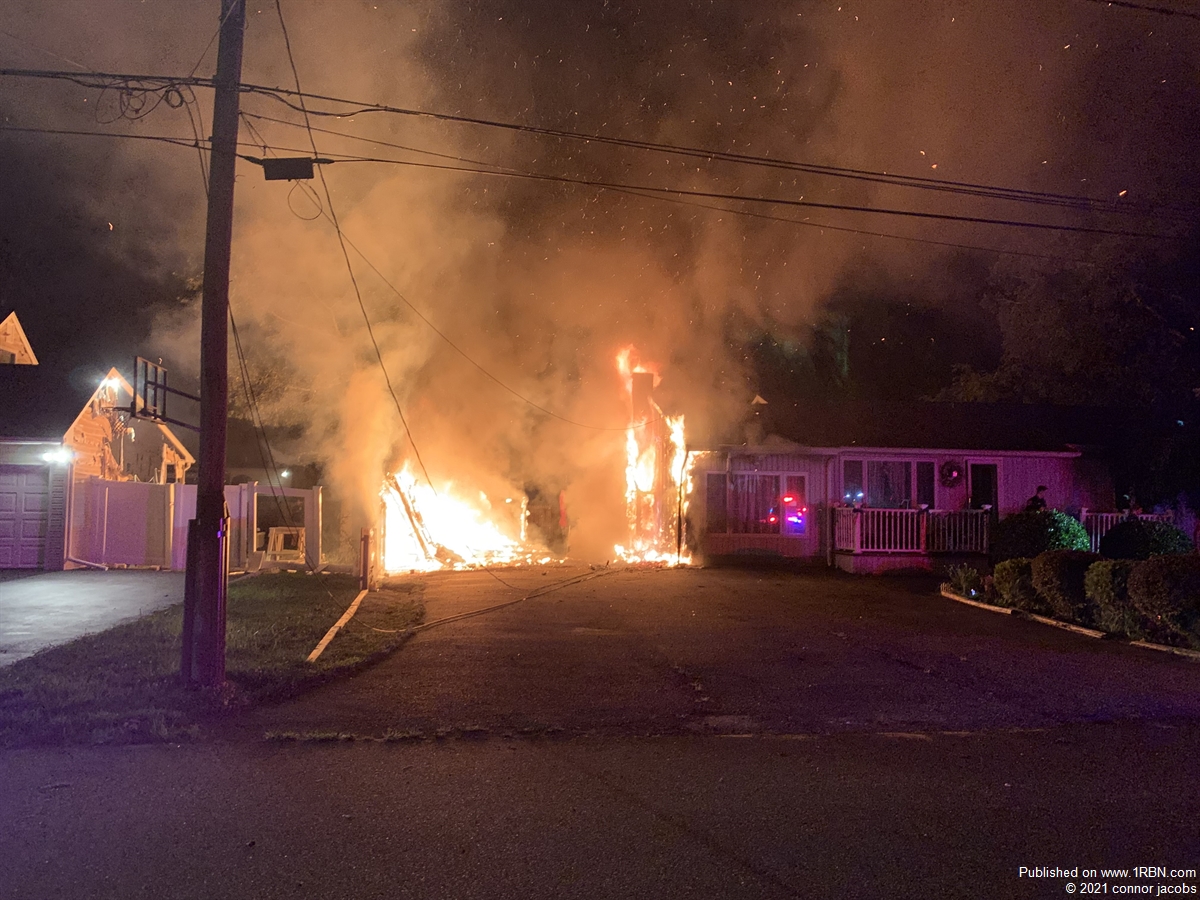 Photo by connor jacobsFlames raging on the side of the house 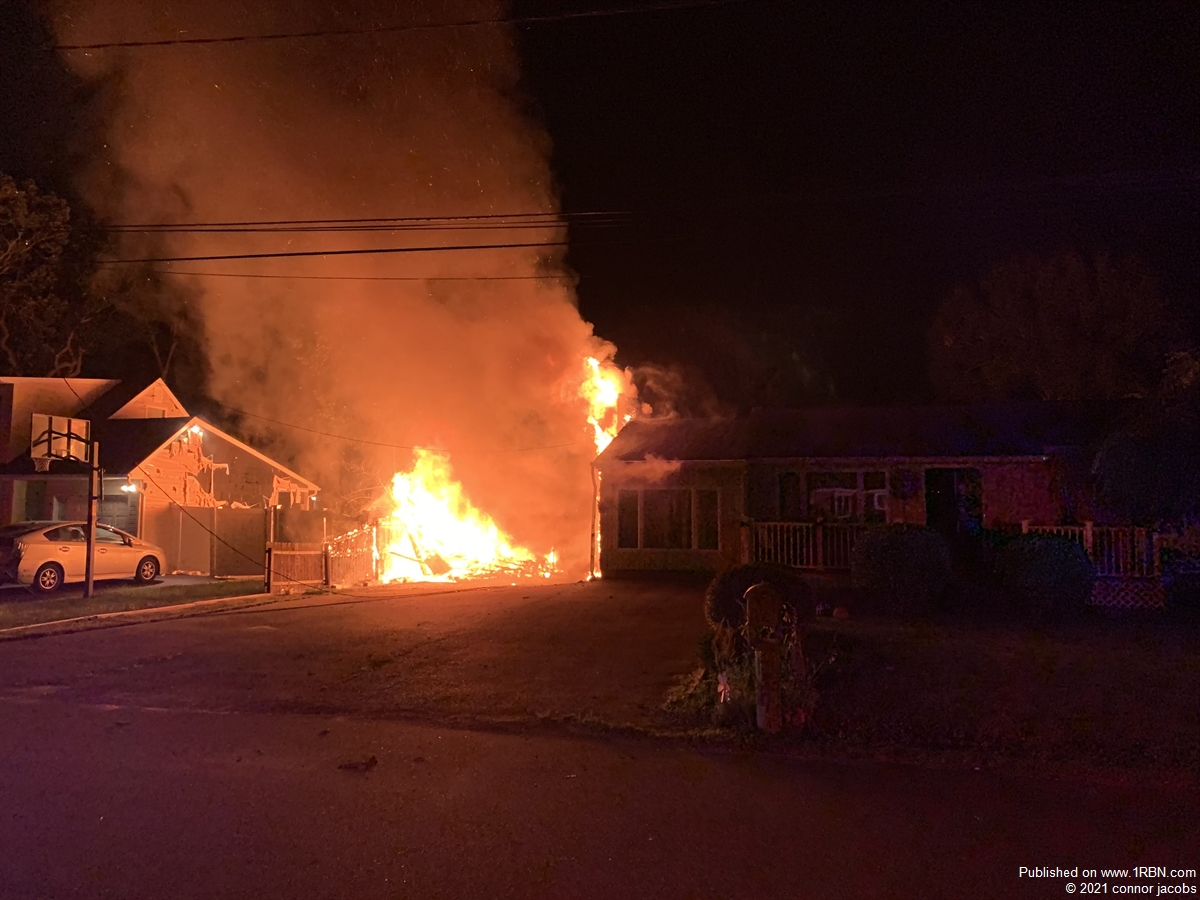 Photo by connor jacobsFlames spreading to the house 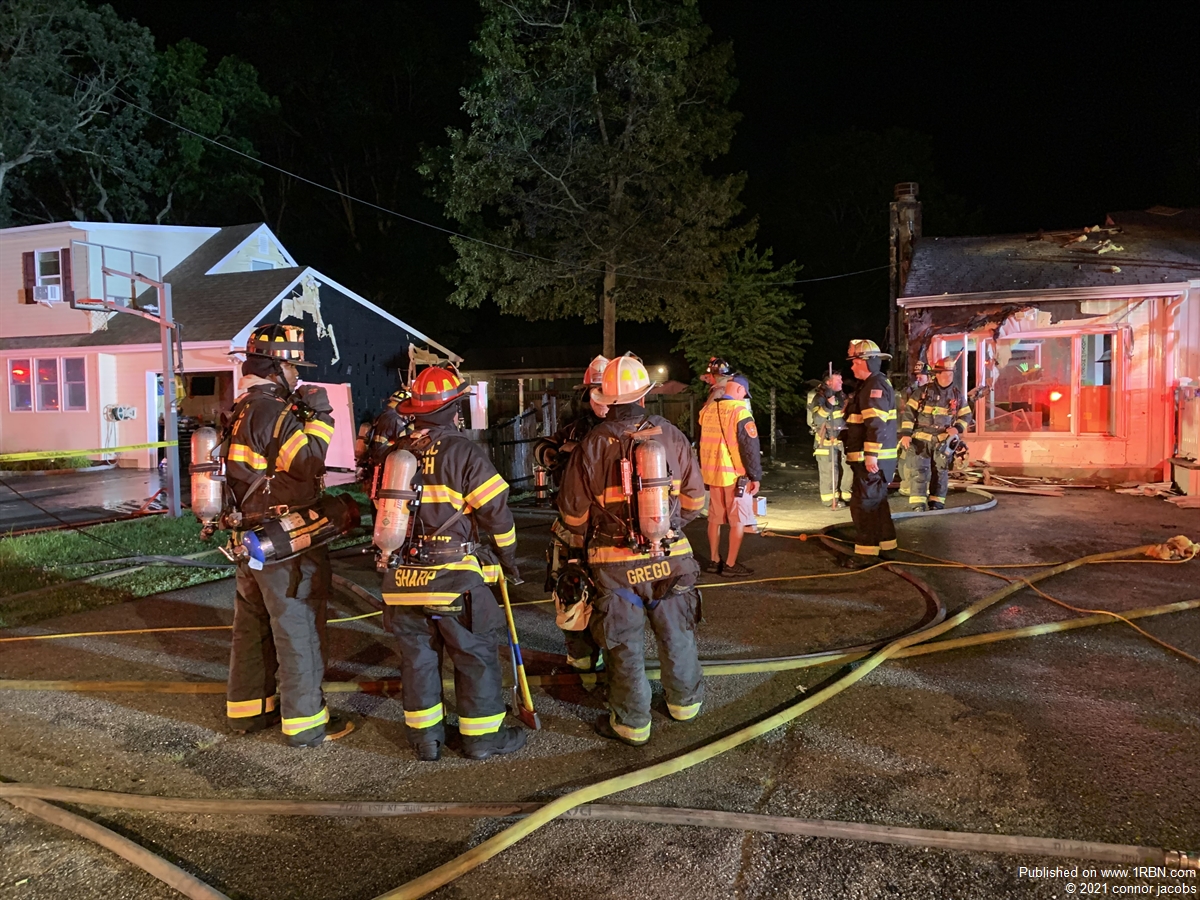 Shirley N.Y- At approximately 9:59 PM on Saturday night July 17th the Brookhaven fire department was activated for a reported structure fire at 21 Rockledge Drive. The first chief that was on the road was 2nd assistant chief Giuseppe Loiacono (5-3-32) and was advised by fire-com that there was multiple calls were being taken on this fire and reported people trapped in the house. On arrival chief Giuseppe Loiacono had heavy fire showing on the 2 side of the house and had exposure issues and had confirmed no body was inside and radioed back to fire-com and advised he was on scene and had a working fire and asked for PSEG forthwith for wires down and to reactive his department for a working fire and to start the pre-plan which consisted of Yaphank fire department for a engine to stand by , Mastic and Mastic Beach fire department for a engine to the scene and the Center Moriches fire department for their Rapid Intervention Team (RIT)and advised his first due engine that there was exposure issues to the left of the fire building . The first arriving engine was engine 5 (5-3-5) which was under command of station one lieutenant John Hodge and was given orders to stretch a Line and stared putting water on the fire and started protecting the exposure building. Ladder 1 (5-3-1) arrived on scene as the first due truck and quickly started setting up the ladder to start venting the roof, the second due engine was advised to the hydrant and lay in and supply water to engine 5. Chief Giuseppe Loiacono then asked for an additional 2 lines to be stretched and wet down the exposure building. Mastic fire department engine 1 (5-12-1) and Mastic Beach engine 3 (5-13-3) arrived on scene and was advised to send their crews up to the scene and start helping with overhaul and Center Moriches fire department engine 4 (5-4-1) arrived on scene and quickly got the RIT basket ready and brought it up to the scene. Firefighters were able to get a quick knock down on the fire and stopped it from spreading to the rest of the house. Shirley Ambulance was also on scene providing rehab for firefighters. There were no reported injuries and it is unknown how the fire started.