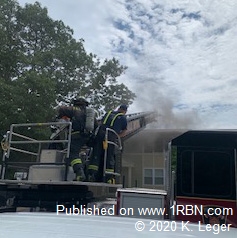 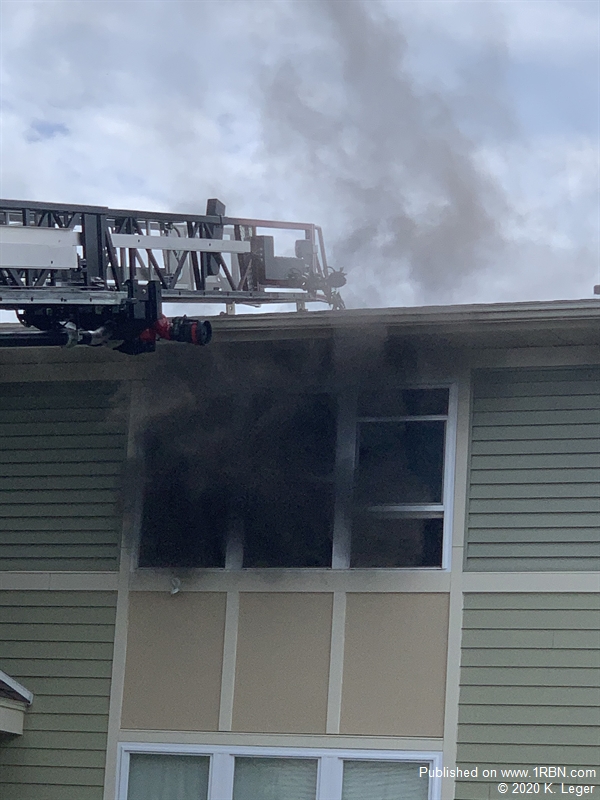 Photo by K. LegerHeavy smoke appears at the window

Fall River, MA - On the afternoon of July 23rd, Fall River firefighters responded to unit 14 at Maple Gardens for a kitchen fire in the four-unit building. When units arrived they had smoke showing from division two with all occupants evacuated, with the exception of the tenants' pets. Members quickly knocked down the fire and began to overhaul. Firefighters consumed two-and-a-half cases of water trying to re-hydrate after fighting the fire in 90-degree temperatures. Engines 2, 4 and 5, along with Ladders 2 and 4, Rescue 1 and Car 3 responded.