Heavy Smoke Showing from a Distance in Plymouth 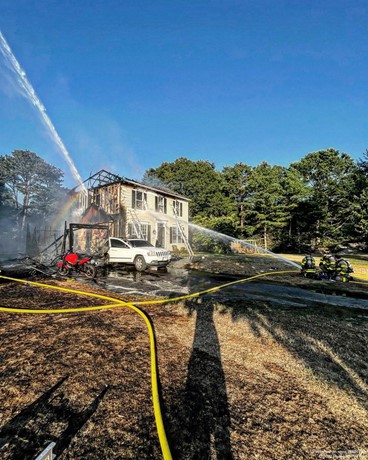 Photo by Plymouth Fire BuffCrews operating Side A 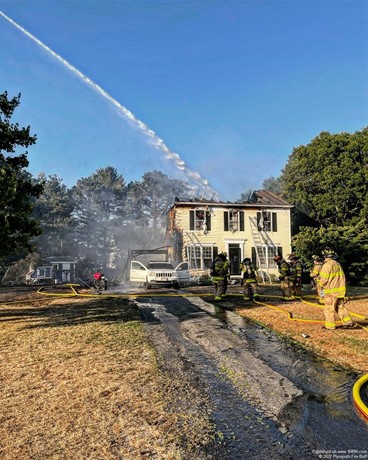 Photo by Plymouth Fire BuffA view from Side A with L2’s master stream pouring into the building. 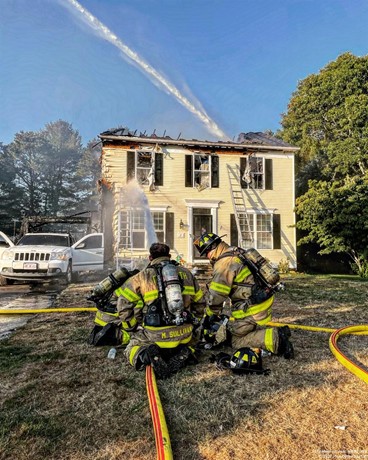 Photo by Plymouth Fire BuffFF Sullivan operating the Blitz Gun on side A. 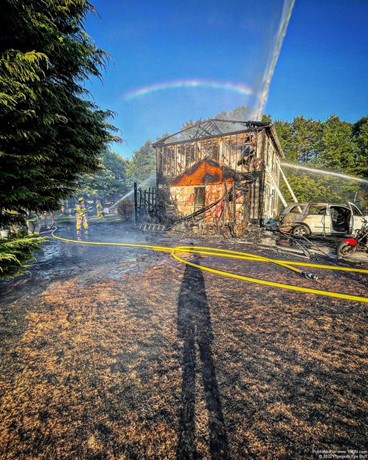 Photo by Plymouth Fire BuffA view from Side B. L2’s aerial Operating Overhead 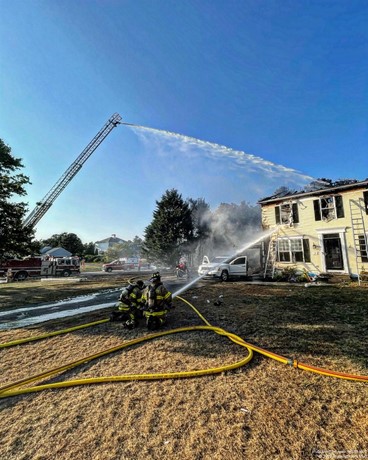 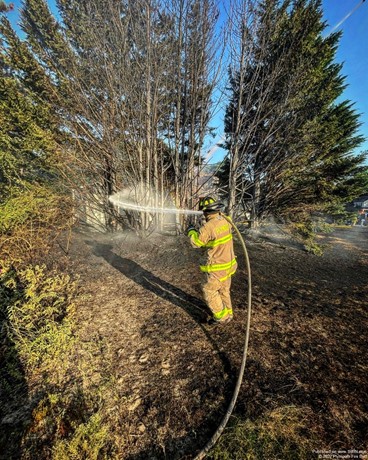 Photo by Plymouth Fire BuffFF Trefry operating a forestry Line on Side B where a large area of brush had started from the fire. 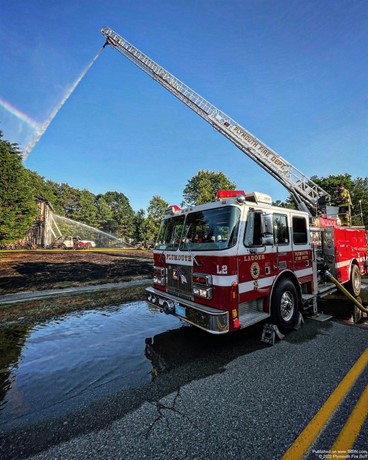 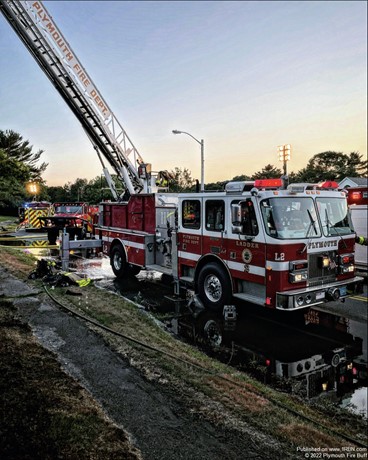 Fire Alarm advised that there were multiple calls coming through reporting a fire. While companies were en route, Engine 4 reported heavy smoke showing from a distance. Engine 4 signed off with a two-story wood-frame with heavy fire showing from the structure.

BC2 struck a working fire on Box 14 for Group 3 and requested an additional engine to the scene, as well as a state rehab unit due to the extreme heat which started Engine 3. Engine 4 reported multiple explosions and fire throughout the second floor, as well as an area of brush going. BC2 then requested a breaker to the scene, starting 174.

Engines 4 and 6 stretched a line and made entry to perform a primary search before being pulled due to collapse concerns. Engine 4 then reported fire through the roof. Ladder 2 was set up and put into operation upon their arrival and per BC2, companies switched to defensive operations. BC2 arrived and assumed command, reporting that the structure was now fully involved and struck an all call on the Box.

A Blitz Gun and a hand line on side 'C' was used, along with L2’s aerial to knock down the fire. Engine 1 was also started for manpower to relieve crews. The fire was knocked down at 7:07 P.M. Crews were tied up with rehabbing due to extreme heat and wetting down before clearing.