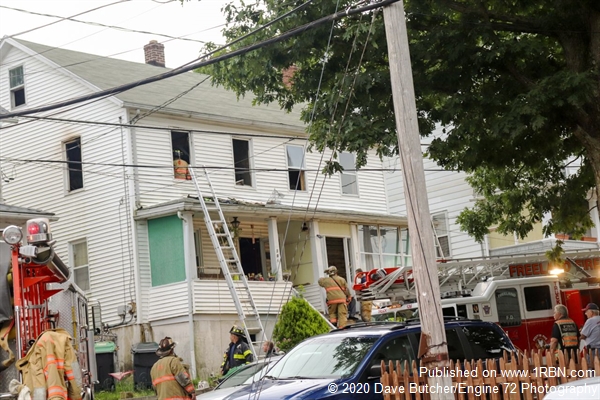 Freeland, PA - The Freeland Fire Department responded to a reported structure fire at 706 Ridge Street on July 22nd, and once on scene, they called for a working fire response. On arrival, they encountered heavy smoke and flames from the second floor of a two-story duplex.

The Freeland Fire Department was performing training when the fire call came in and were on the scene in just a few minutes and able to knock the fire down quickly. This kept the fire from spreading to the second unit in the building.

Both units suffered smoke damage, with the bulk of the damage to the fire unit. The American Red Cross provided assistance to the residents.