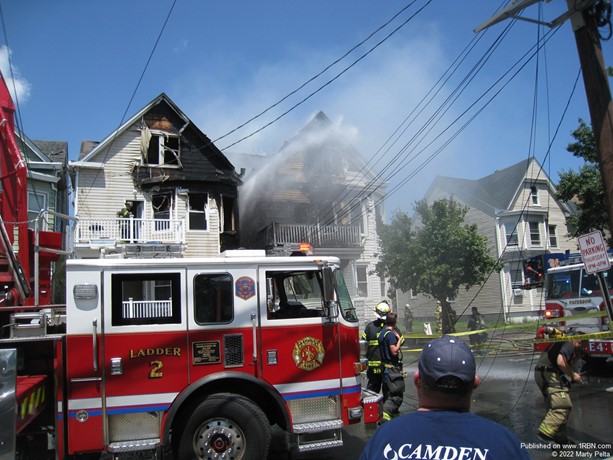 Photo by Marty PeltaPaterson Ladder #2 in front of fire buildings. 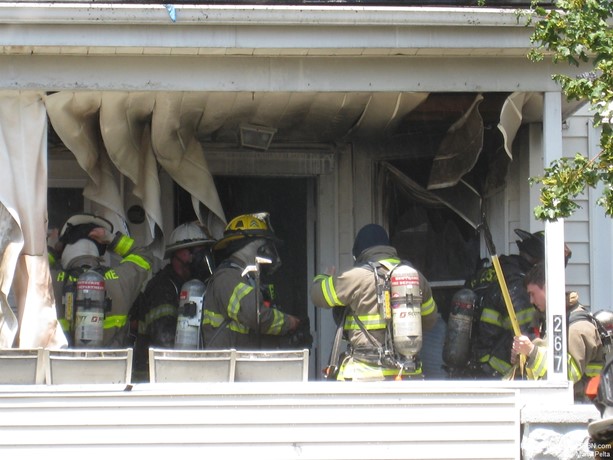 Photo by Marty PeltaCrews making entry after main body of fire knocked down. 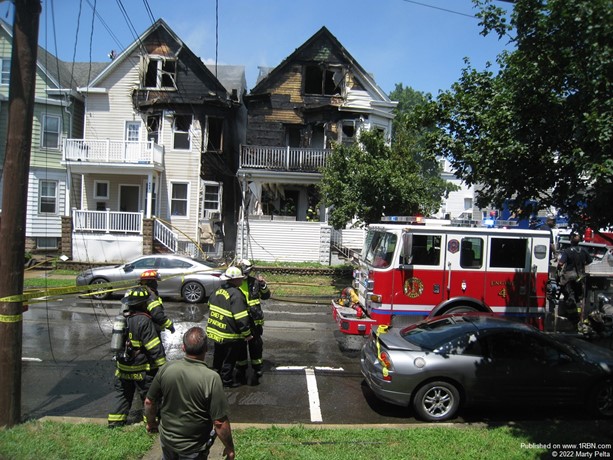 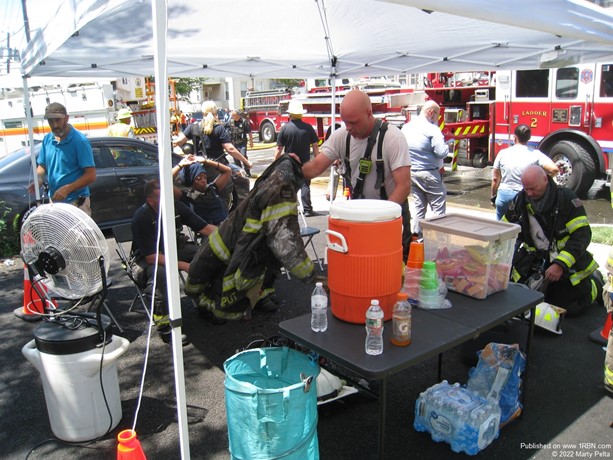 Photo by Marty PeltaPaterson Battalion Chief Mike Cleenput removing his gear to take a breather at the Rehab Unit.

PROSPECT PARK, NJ - On July 22nd at approximately 11:30 A.M., Prospect Park FD responded to a working fire on North 11th Street, where they discovered (two) three-story frame dwellings heavily involved in fire. Mutual Aid was called for and departments from Paterson, Haledon, Little Falls, Totowa and Hawthorne responded to assist at the scene. Due to temperatures being in the 90's with high humidity, Paterson Fire Dept.'s RAC unit responded and set up a rehab, cooling station. The Passaic County Rehab Unit also responded to the scene. A paramedic unit stood by from St. Joseph's Medical Center if needed. There were no serious injuries reported, and the cause of the fire is under investigation.