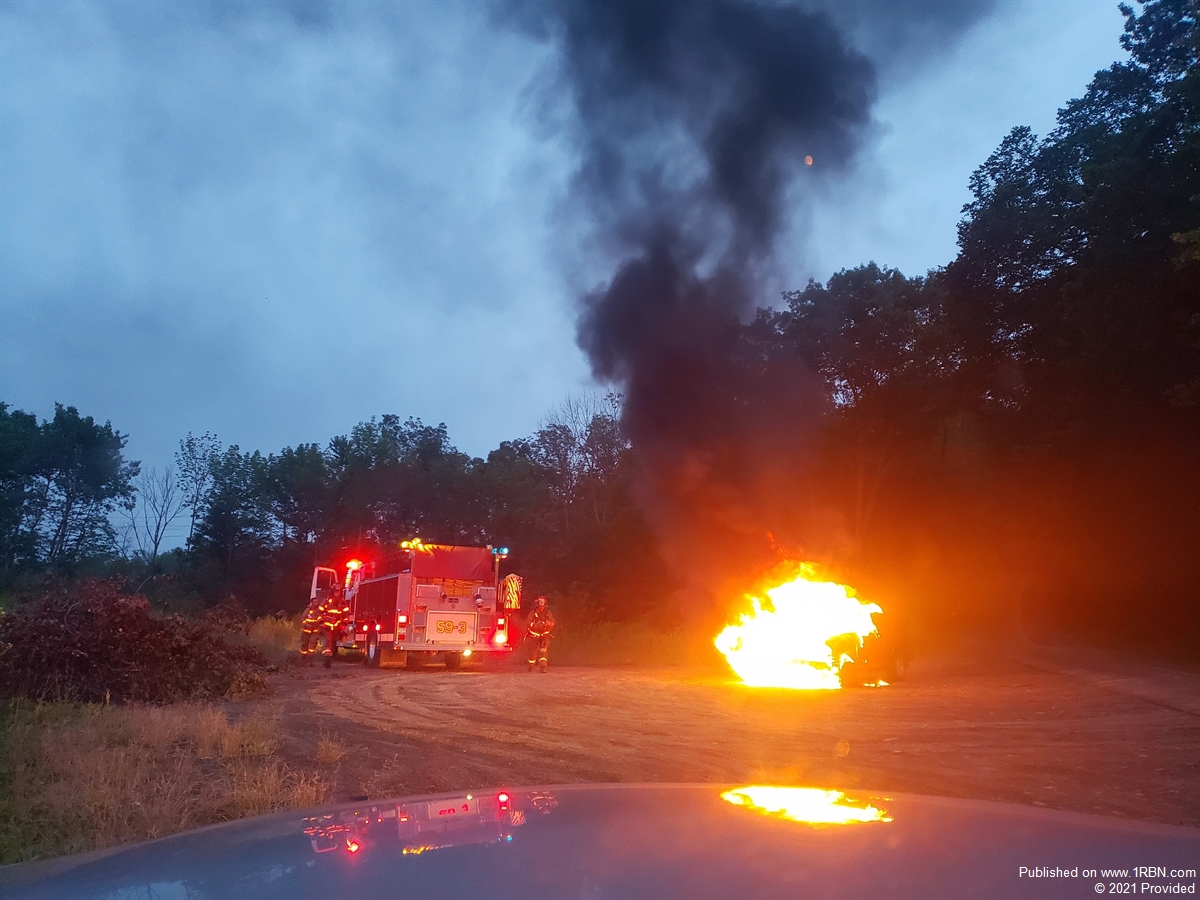 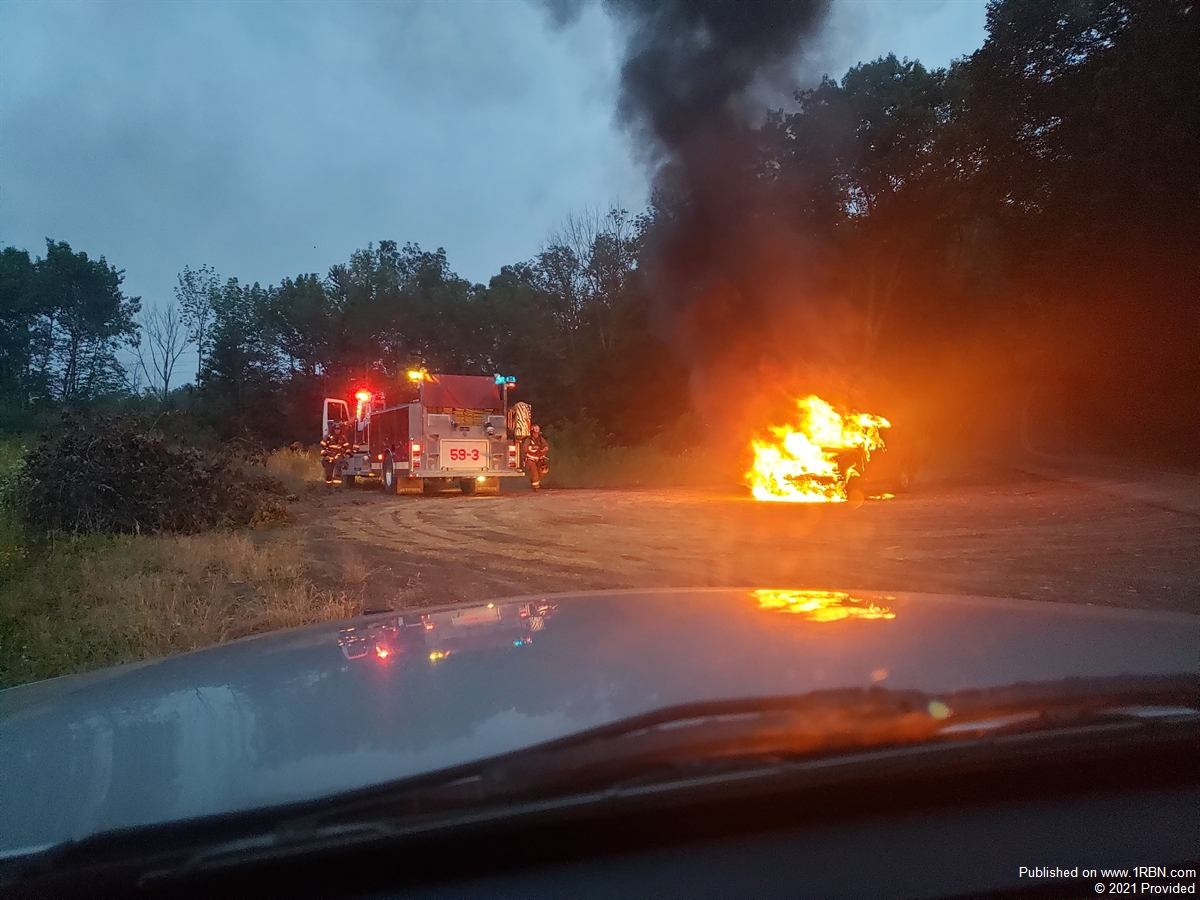 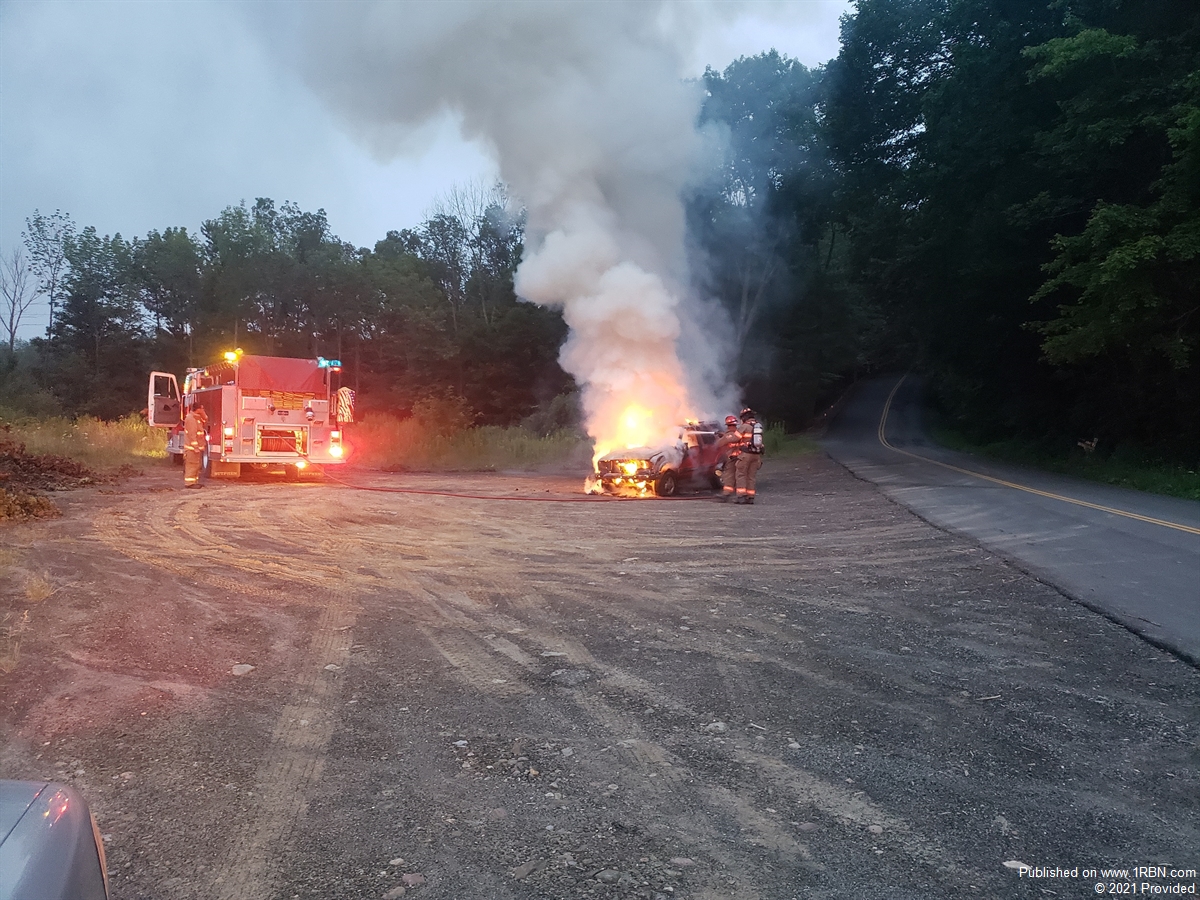 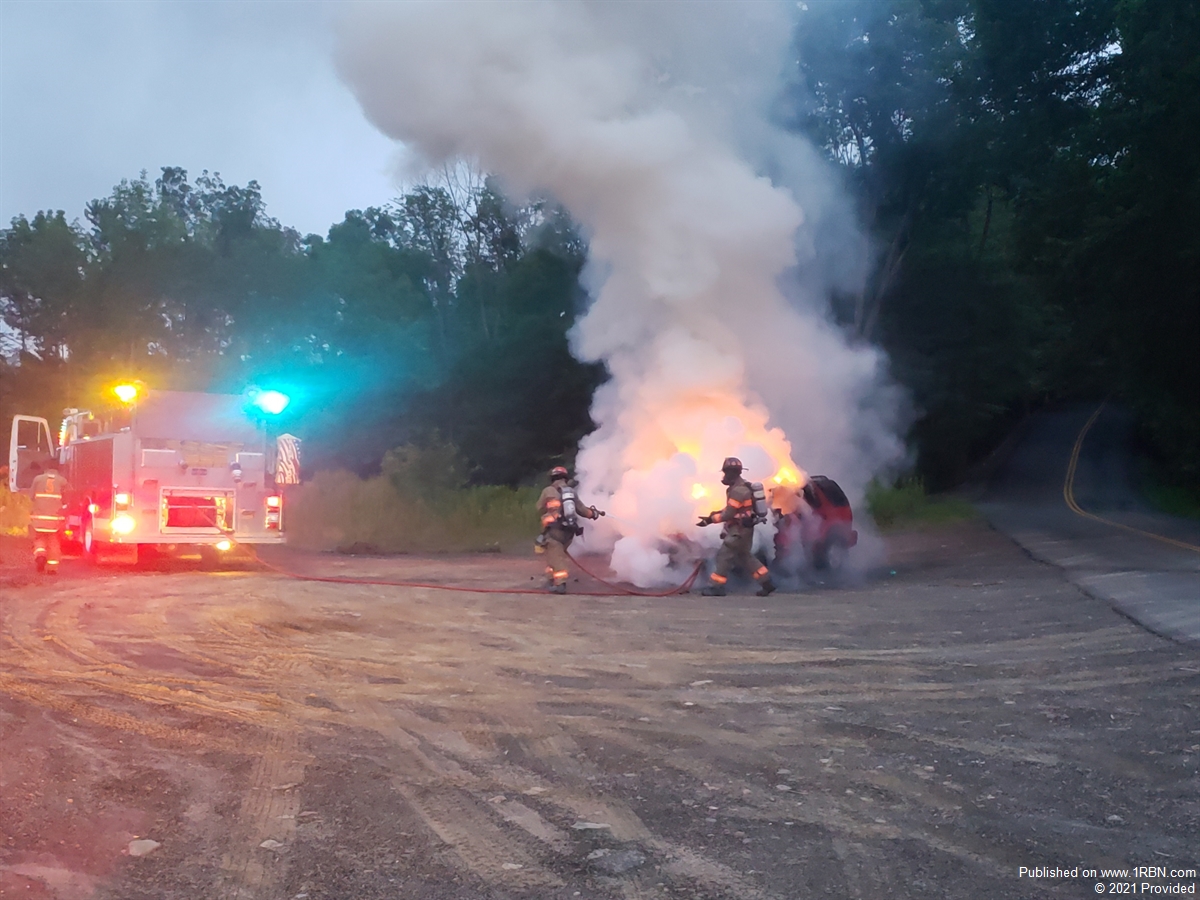 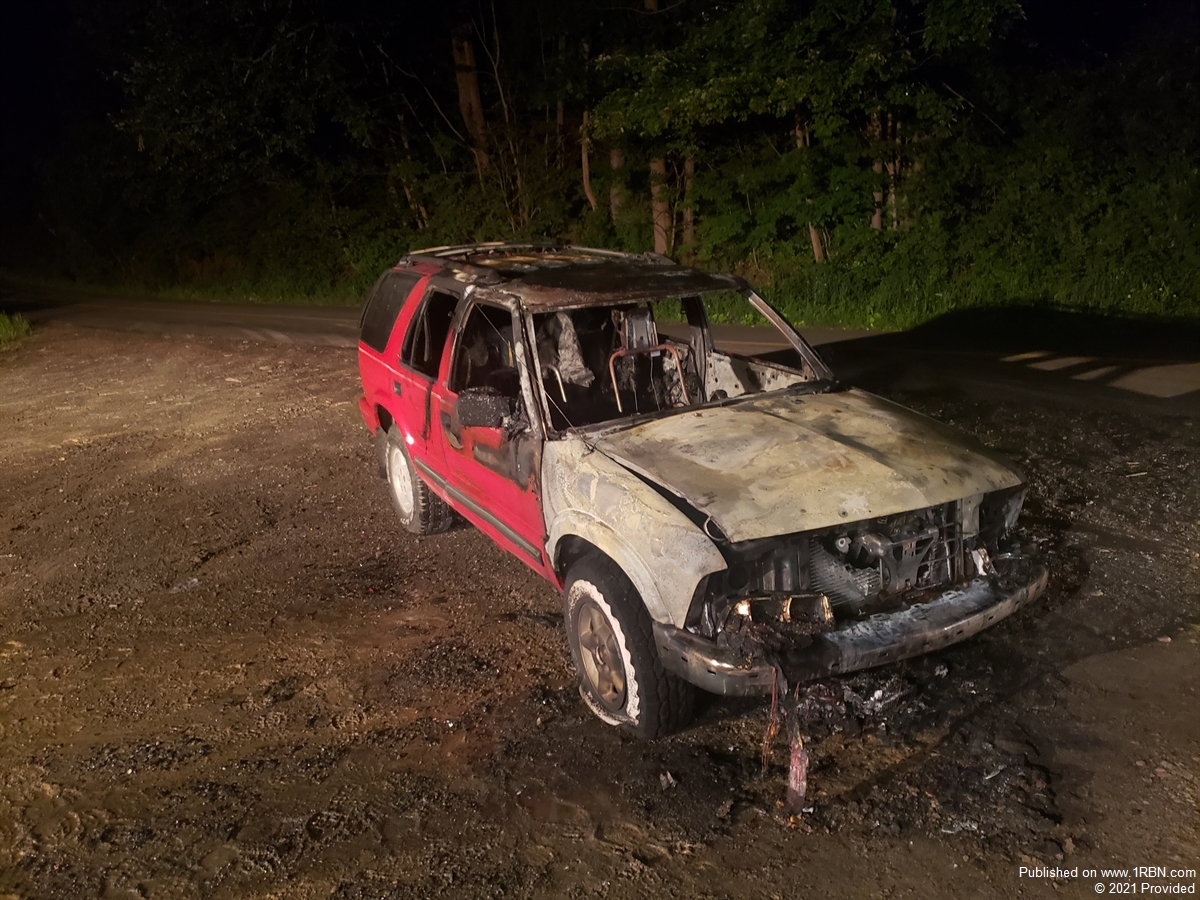 Photo by ProvidedVehicle after the fire

KIRKWOOD, NY - At 8:36 P.M. on the evening of July 19th, Broome County Communications began taking calls for a vehicle fire in the area of 581 Bevier Street. The Five Mile Point Fire Company (59) was dispatched. The Broome County Sheriffs Department arrived on scene and reported a small SUV well involved on the shoulder of the road. Engine 59-2, Squad 59, and Chief 59b all responded with a total of 11 firefighters. Engine 59-2 was first to arrive and quickly stretched from the rear hose reel. E59-2's crew was able to control the fire with only a few hundred gallons of water. Squad 59 arrived and assisted with overhaul of the vehicle. The Broome County Fire Investigation team was called to investigate the cause of the fire, which is ongoing. Crews were on scene for roughly one-and-a-half hours before returning to service.