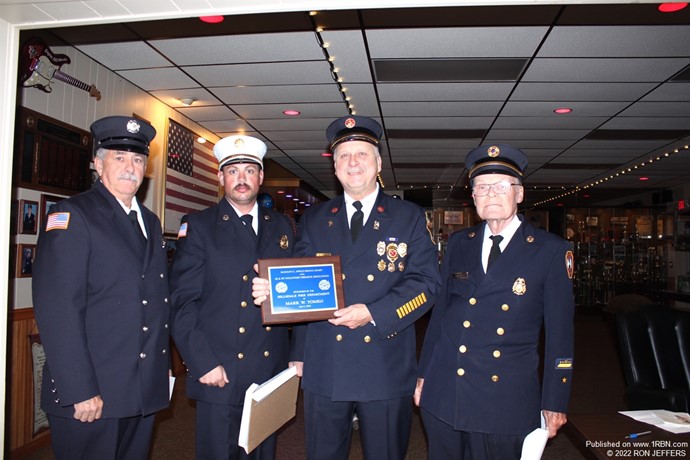 WALLINGTON, NJ - To say Mark Tomko was loved by the citizens of Wallington would be an understatement. He served his community in many positions, from mayor to volunteer fire chief. He passed away at the age of 66.

Tomko worked for the County of Bergen in several capacities, including chief clerk in the county clerk's office from 1981-2019.

In addition to the fire service, Tomko was a councilman for 18-years and mayor of the Borough from 2016-2019. He served with the Board of Education from 1998-2002. Not only was he fire commissioner for a number of years, but he also served as police commissioner in 1990. From 1990-1993 he was on the Bergen County Police and Fire Advisory Board.

On July 14th, area firefighters assembled as part of the funeral procession in the borough, with services held at Hose Company 3's quarters on Park Row.

Chief Tomko was well respected and loved by many, and he will be missed by many.