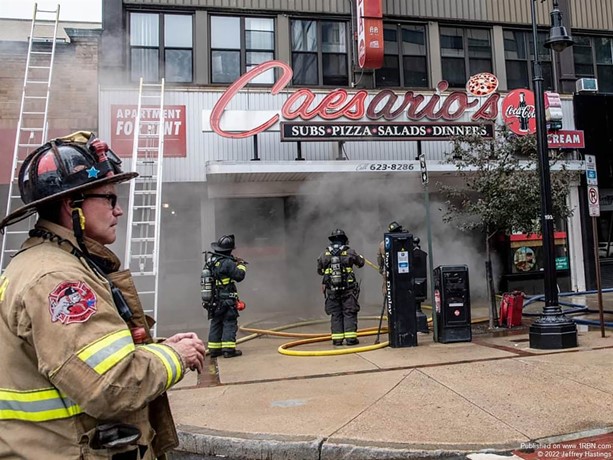 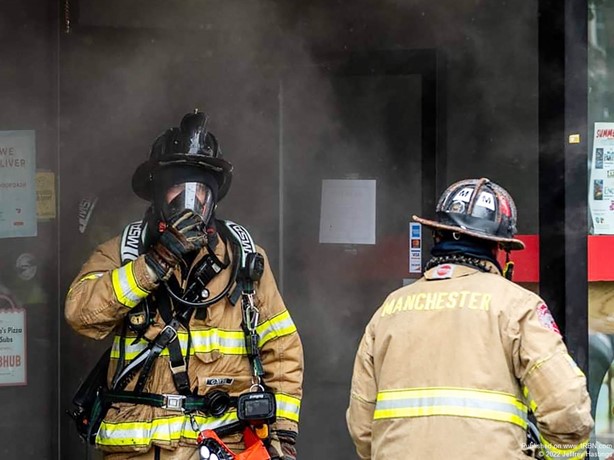 Photo by Jeffrey Hastings Firefighters were challenged with heavy smoke trying to locate the seat of the fire. 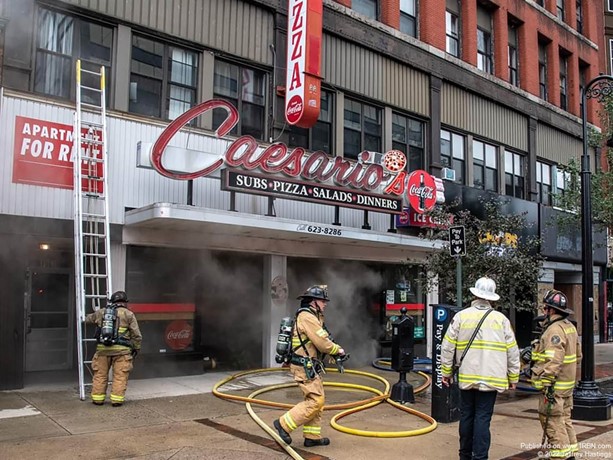 Photo by Jeffrey Hastings A second alarm was transmitted as smoke continued to fill the restaurant while firefighters were trying locate the fire. 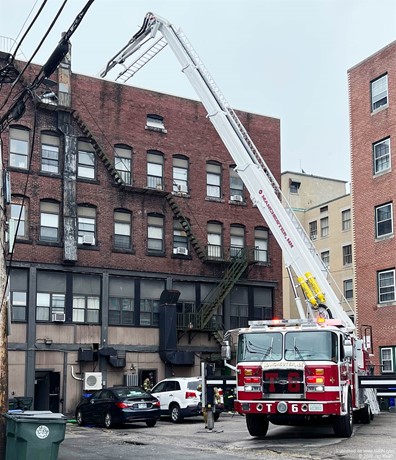 Photo by Jay HeathTruck 6 was located in the rear of the building to check for extension. 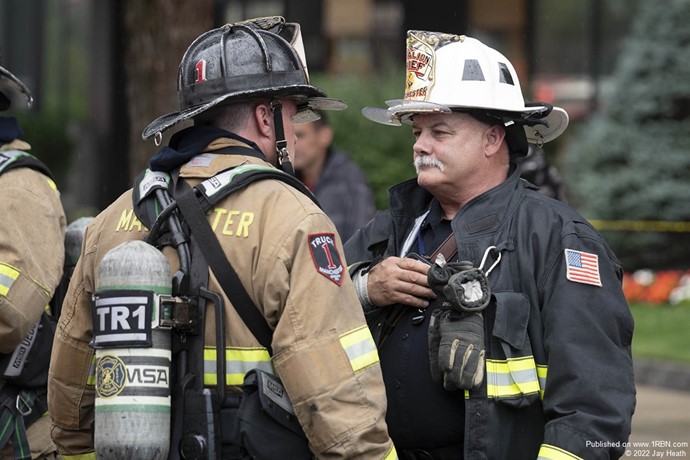 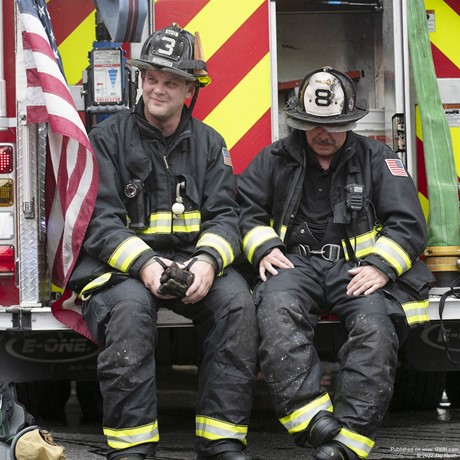 Photo by Jay Heath Firefighter Chase and Lieut Veilleux rest on the back of Engine 6 after battling the smokey fire. 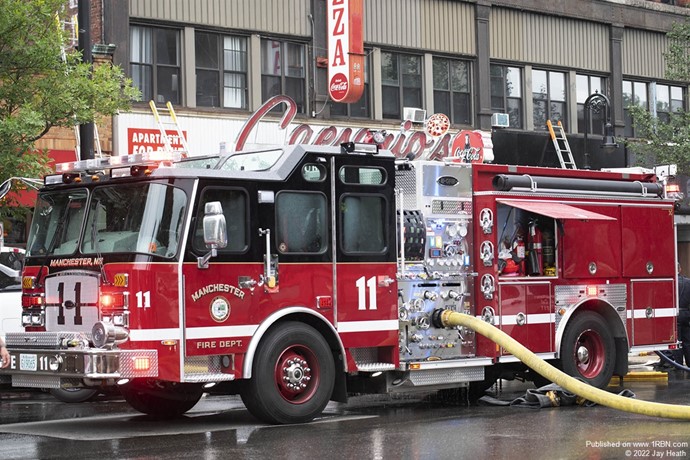 Photo by Jay Heath First due Engine 11 set up on Elm Street. 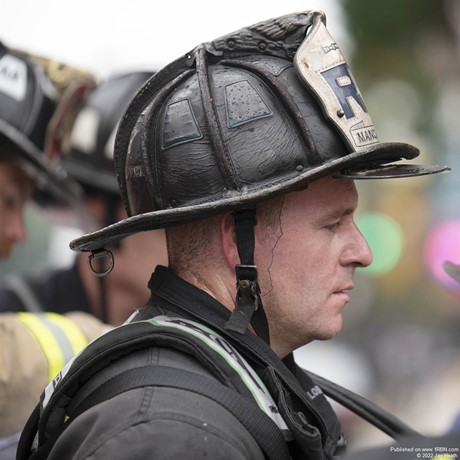 Photo by Jay Heath Lieut Monnelly of Rescue 1 at the command post.

First due companies discovered a heavy smoke condition with a sprinkler activation inside the Caesario's restaurant, which is located on the first floor and was closed at the time of the fire. A full box response was transmitted at 1:14 P.M., bringing a total of four engines, two trucks, a heavy rescue, ALS ambulance and RIT engines to the scene.

As smoke continued to fill the restaurant, Battalion Chief Beaudet transmitted a second-alarm at 1:44 P.M. to have the extra companies check for possible fire extension and assist with evacuations and ventilation.

"The biggest challenge for firefighters was dealing with zero visibility from the smoke," Chief Beaudet said.

The fire was brought under control at 2:01 P.M. as Elm Street remained closed for about an hour between Mechanic and Lowell Streets due to hose lines and apparatus. The cause of the fire is undetermined at this time, but does not appear to be suspicious. The Manchester health department was called to the scene, and no injuries were reported.