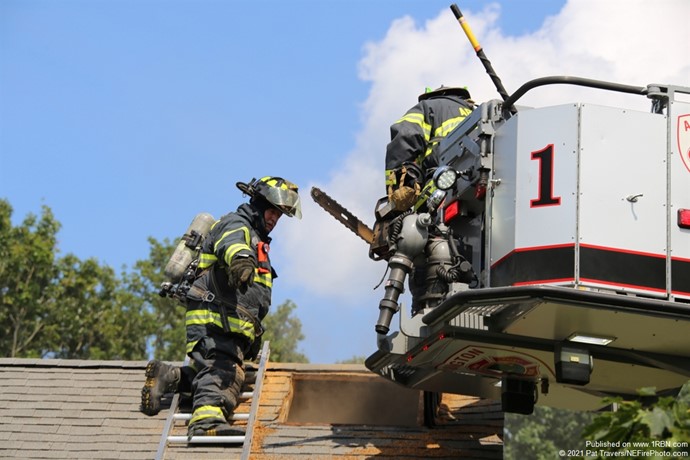 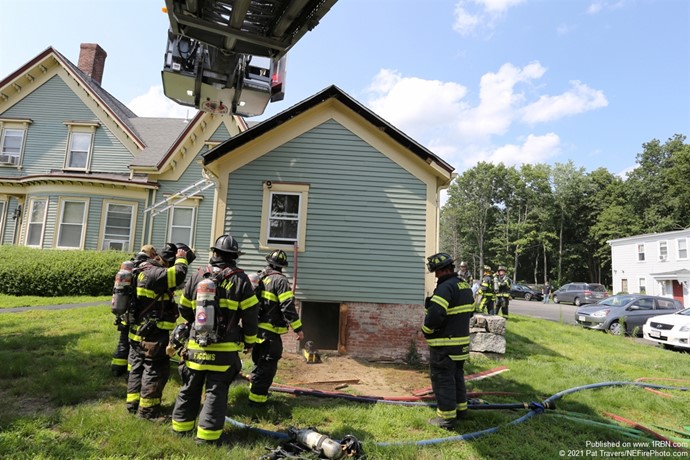 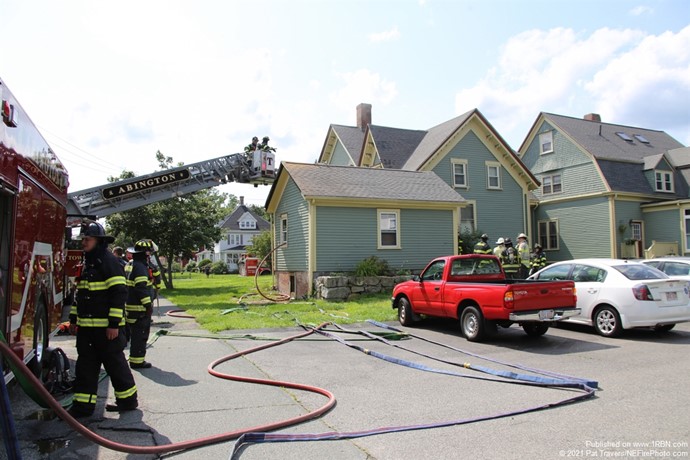 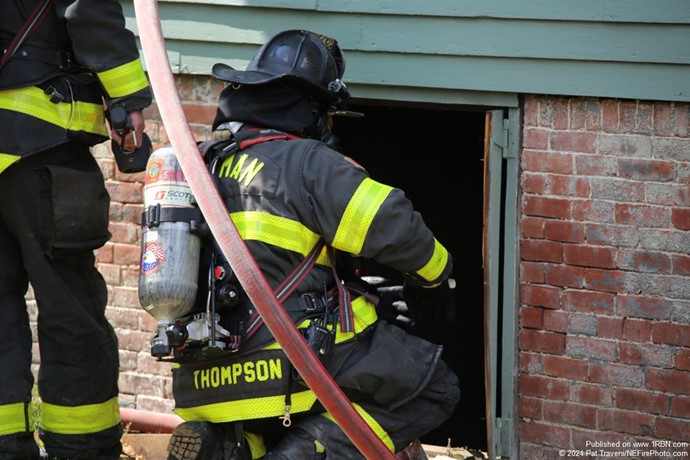 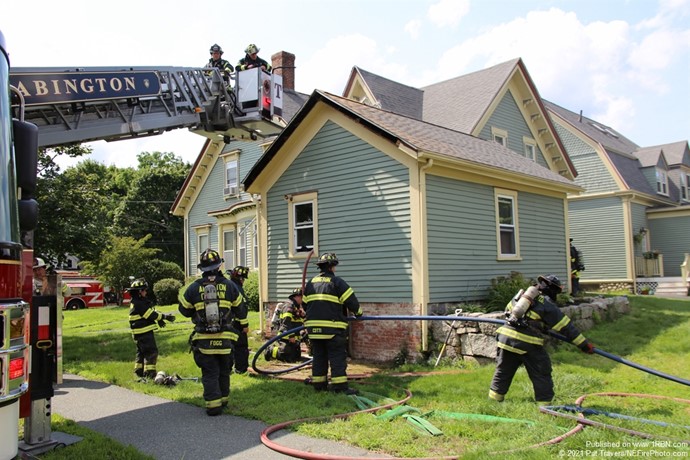 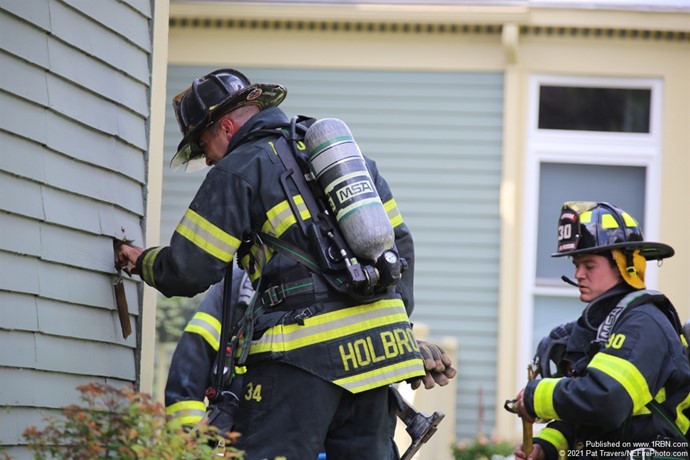 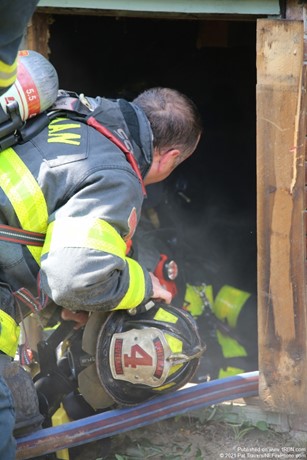 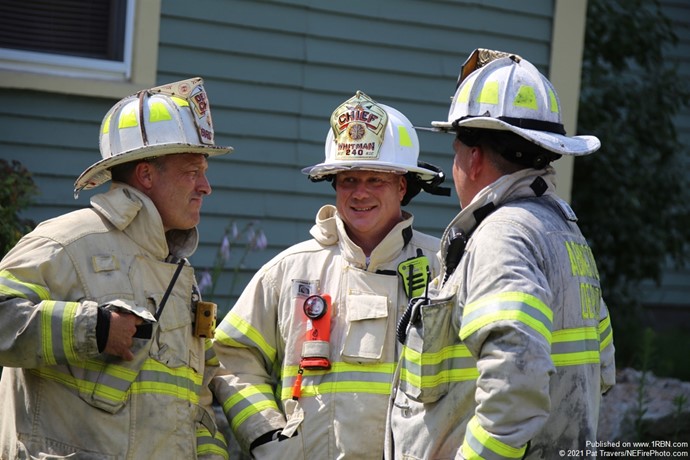 ABINGTON, MA - Around 2:55 P.M. on the hot and humid afternoon of Thursday, July 15th, the Abington Fire Department struck a box for a reported building fire at 325 Adams Street, at the corner of Wales Street. Engine-4 signed off with smoke showing from the rear of a two-and-a-half story wood-framed multiple dwelling. A working fire was requested shortly after arrival, bringing Rockland and Whitman engines to the scene and a Holbrook engine to cover.

Tower-1 was ordered to open the roof and incoming Engine-2 grabbed a hydrant and laid in to Engine-4. Crews worked to locate the cause of the smoke in the large two-and-a-half story wood-framed multiple unit apartment building. A line was stretched into the first floor. As crews had difficulty locating the seat of the fire, a second-alarm was requested with a special call for a rehab unit to the scene. Mutual aid companies from Brockton, Hanover, Holbrook, and Weymouth responded to the scene and staged on Railroad Avenue.

With temperatures in the 90's and high humidity levels, several firefighters were evaluated for heat related issues, but no one required transport to the hospital. The cause of the fire is under investigation, but is believed to be electrical in nature. The fire was contained to a single apartment, and only one of the 16 residents were displaced due to the fire.