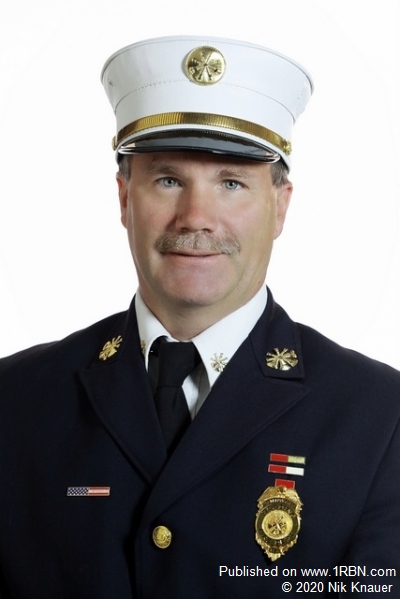 Congratulations to Deputy Chief Gary Mogel on retiring after 38 years of service to the city. Chief Mogel's fire service career began in 1982 when he joined the Neversink Fire Company #3 following in the footsteps of his Father, Grandfather, and Uncles. Mogel was then hired by the city on June 30th of 1988. After completing the fire training program, he was placed on the C platoon as a jumper firefighter. Firefighter Mogel would work on the "C" platoon until November of 1991 when he took an assignment with Ladder 1 on the D platoon. After 5 years with the Ladder, Mogel was promoted to Lieutenant in 1996 to Rescue 1. In August of 2002, Lt. Mogel was promoted to 2nd Deputy Chief on the D platoon. Mogel would command the shift for the next several years until February of 2011 when he was promoted to 1st Deputy Chief. After the departure of Fire Chief David Hollinger in 2013, Chief Mogel stepped in as the acting Fire Chief for the next year until the City appointed current Fire Chief William Stoudt Jr. In speaking about his retirement Gary's father retired Fire Chief Russel Mogel, remarked that this would be the first time in over 100 years that a Mogel has not been an active member of the department. We wish the Chief the best of luck with the next chapter of his life.