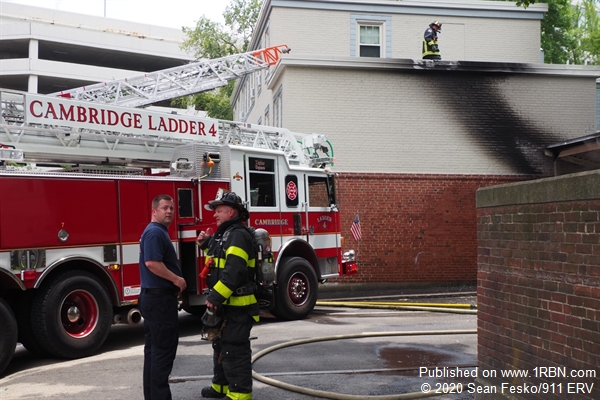 Photo by Sean Fesko/911 ERVCambridge Ladder 4 arrives on the scene while Boston Ladder 15 operates on the roof. 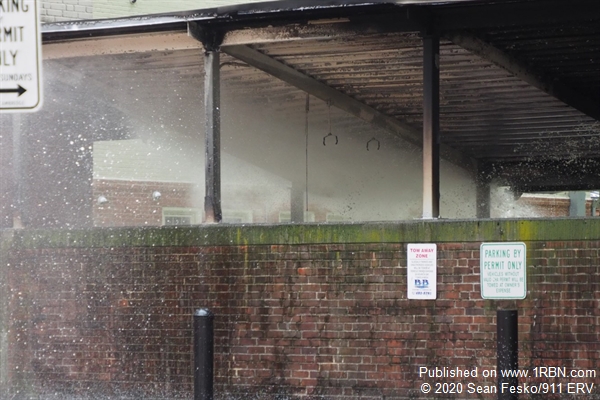 Cambridge, MA - While Cambridge Fire companies were operating at a second-alarm on Cambridge Street on June 28th, another fire was reported five minutes away on Harvard Street. Boston Ladder 15 arrived first-due and found a fire in a dumpster, extending to a building. Other mutual aid companies were dispatched to the scene, and as Cambridge units cleared the first fire, they responded to this second one.