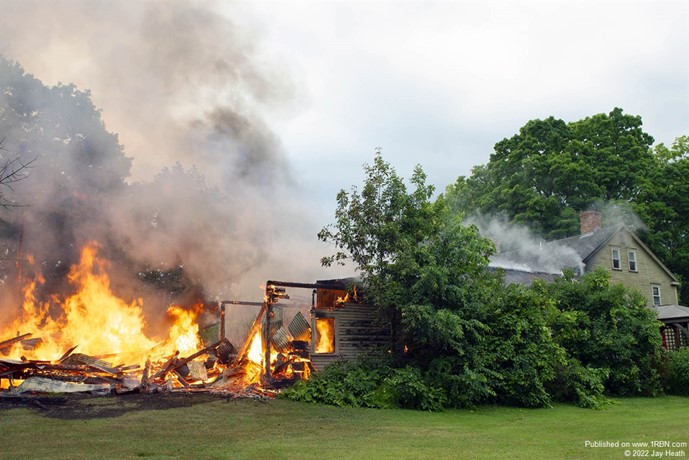 Photo by Jay Heath A lightning strike to this barn caused a fire that spread to the attached ell and main house, July 12th. 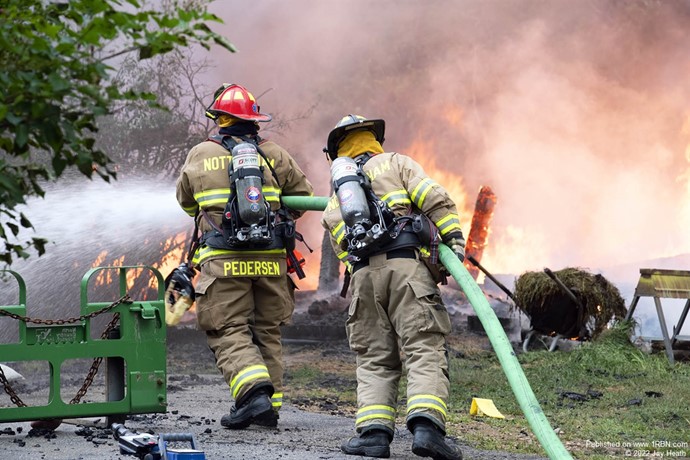 Photo by Jay Heath Firefighters worked feverishly to save the main house. 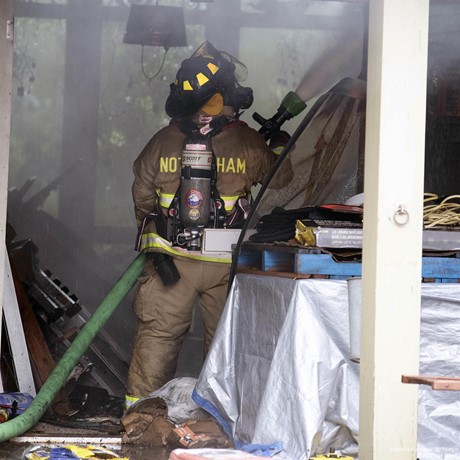 Photo by Jay Heath A Nottingham firefighter works inside the ell section. 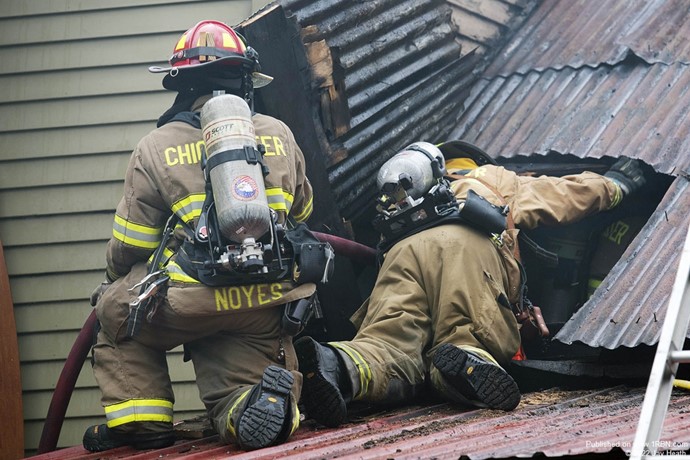 Photo by Jay Heath Firefighters rotated crews on hose lines to stop the fire spread from the ell into the main house. 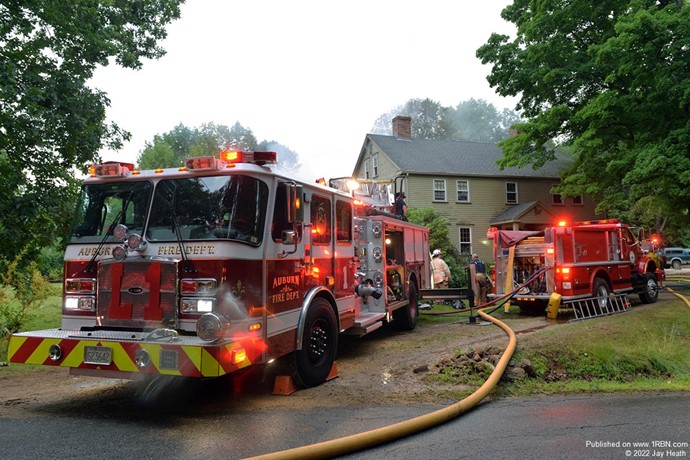 Photo by Jay Heath Auburns Ladder sets up in front of the main house. 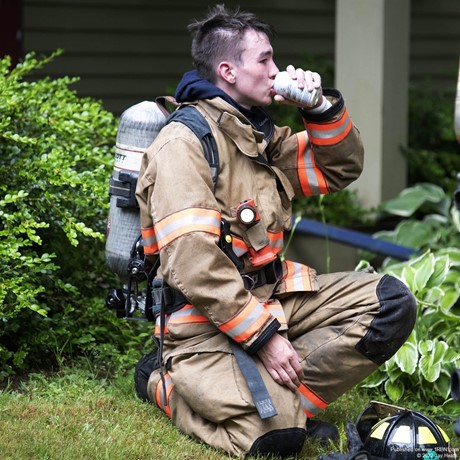 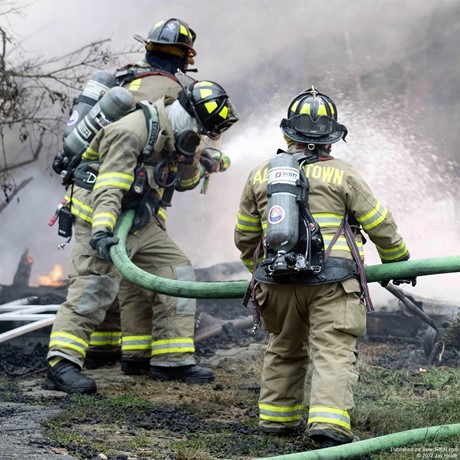 Photo by Jay Heath Firefighters flow water from a big line to wet down the barn. 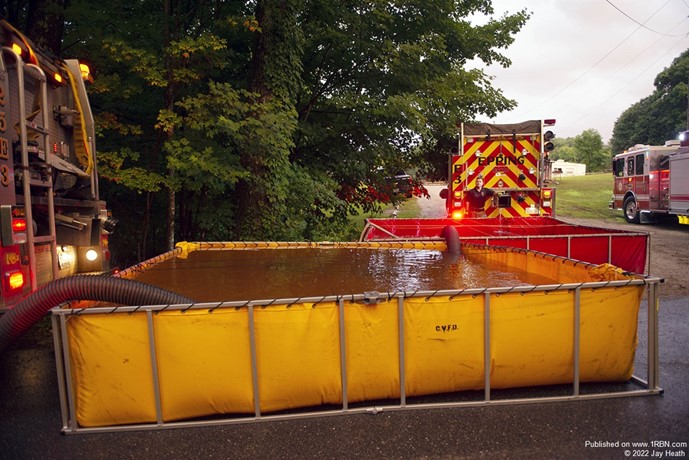 Photo by Jay Heath Several porta-tanks were set for water supply during the fire.

DEERFIELD, NH - A fast-moving thunderstorm that rumbled through the area early Tuesday evening, July 12th, shot a bolt of lightning toward a Deerfield home located on Coffeetown Road. The homeowner reported that they heard a lightning strike and went outside to find the barn on fire.

The call was dispatched at 6:12 P.M. with automatic mutual aid bringing in several tankers. First due Deerfield firefighters arrived to find flames shooting over 30-feet into the air as the barn was fully involved and spreading to a 20-foot ell section that was also attached to the main house. A second-alarm was transmitted, bringing in additional tankers and a ladder company from Auburn, as well as Raymond's Tower.

Firefighters fought feverishly to stop the fast-moving fire from spreading into the house. A tanker shuttle was immediately set up for water supply, along with a nearby water site for filling the tankers. It took over two hours to bring the fire under control. A third-alarm was called for additional help.

Firefighters were able to save the main house, which had some water and smoke damage, but remained livable. There were no injuries reported. At around the same time in nearby Freemont, firefighters battled a working house fire, making for challenging mutual aid in the entire area.