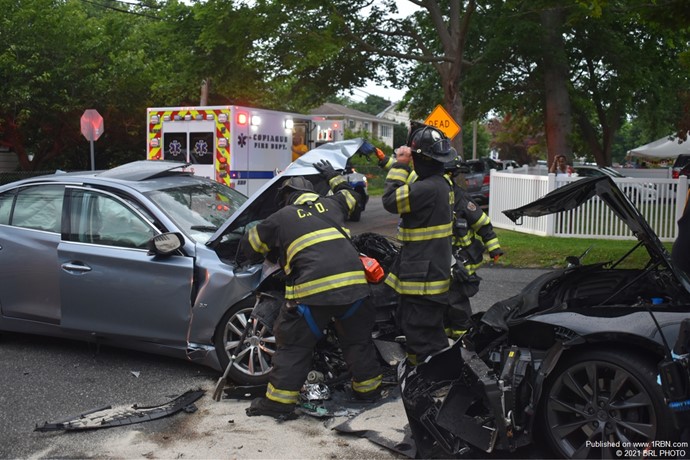 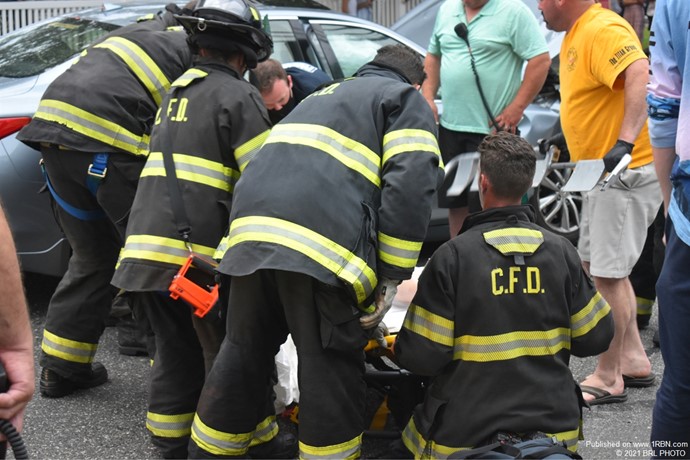 COPIAGUE, NY - On the evening of June 19th, the Copiague Fire Department responded to the intersection of South Great Neck Road and Schmeelk Place for a head-on crash with reported entrapment and an unconscious occupant. When chiefs arrived on scene they advised negative entrapment and requested a second ambulance to the scene. About three minutes later, they requested a third ambulance to the scene which was mutual aided from the Lindenhurst Fire Department. Three patients were transported to the hospital.