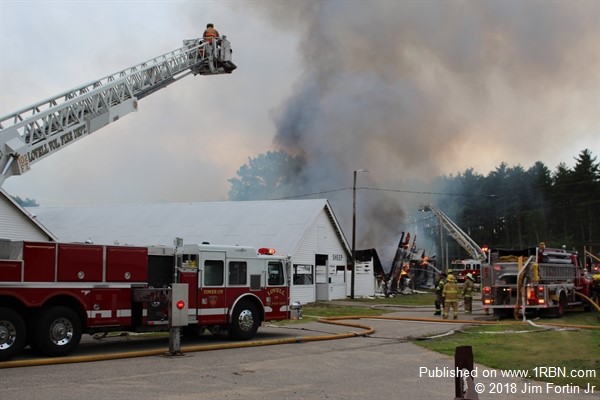 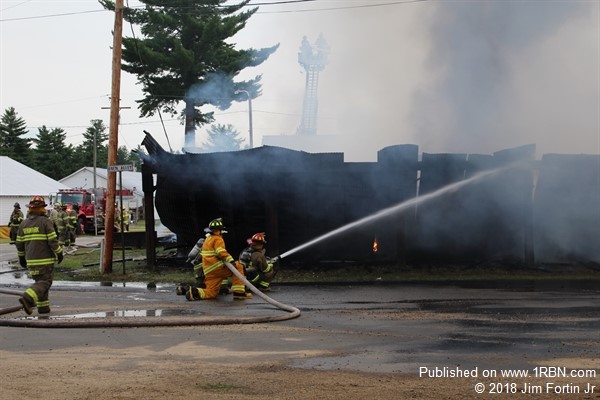 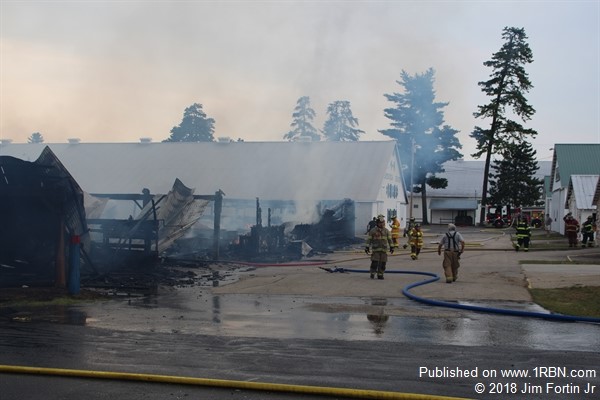 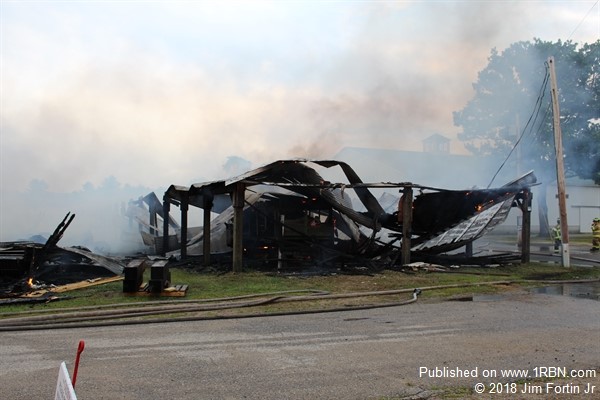 Fryeburg, ME - The Fryeburg Fire Dept. was alerted for a structure fire at 1154 Main St., the Fryeburg Fairgrounds, around 7:00 P.M. on July 10th. Companies arrived to find two 30’x150’ barns well involved with multiple exposures.

Two aerials and multiple hand lines were used to knock down the flames, as well as tankers that supplied water to the scene. The fire is said to have started in a sheep barn due to an electrical malfunction before spreading to an adjacent cattle shed. A total of seven exposure buildings suffered damage from the fire.

Fryeburg was assisted by more than 20 mutual aid departments from Maine and New Hampshire. Damage is estimated to be around $500,000. The fall fair is still expected to go as planned.