Car Smashes Through Pole in Whitman 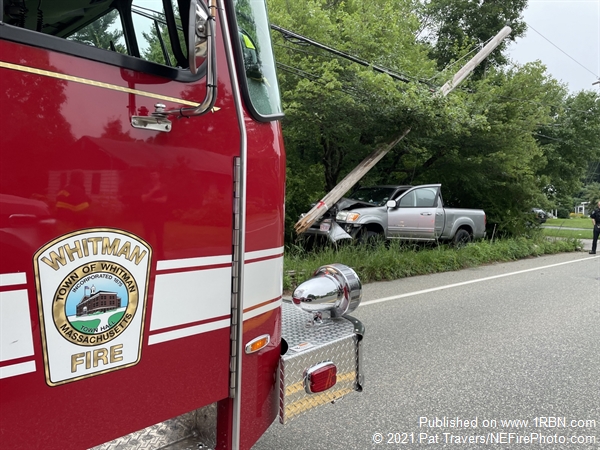 Photo by Pat Travers/NEFirePhoto.comEngine-243 on-scene of the pick-up truck versus pole. 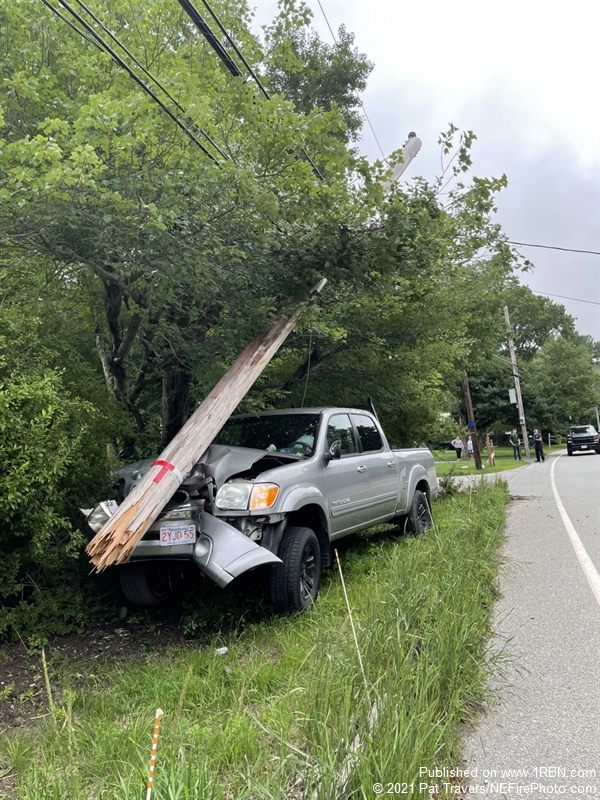 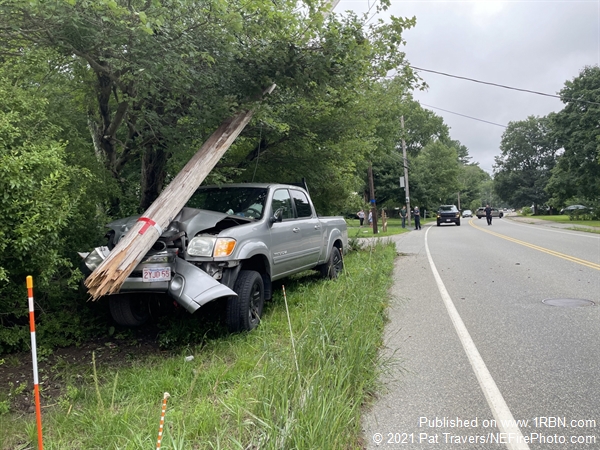 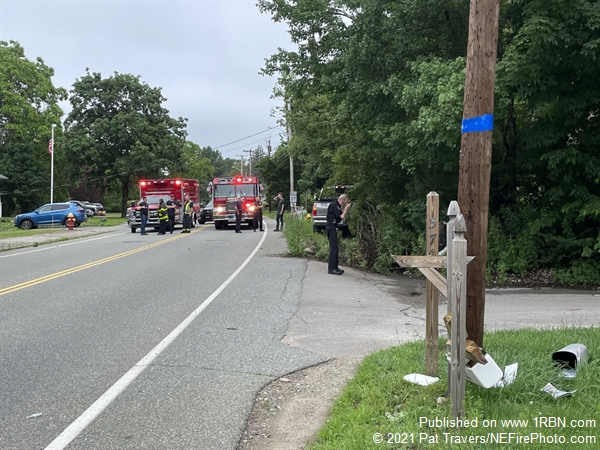 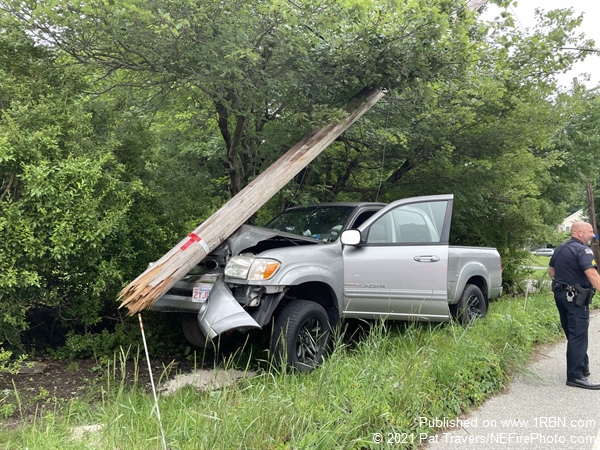 WHITMAN, MASSACHUSETTS (PLYMOUTH COUNTY) - Around 1415 hours on the afternoon of Monday, July 12, 2021 the Whitman Fire Department responded to a reported truck versus telephone pole in the area of 364 Franklin Street (Route-27). Engine-243, Ambulance-248 and Car-3 responded. Companies arrived to find a single vehicle accident with a pick-up truck into a pole.

The truck appeared to veer off the road, striking several mailboxes before smashing into the pole. The lone occupant of the vehicle was out upon companies arrival and refused medical treatment. The pole was split at the base, with the front of the vehicle off the ground, stuck on the part of the pole still in the ground. Live wires were hanging low across Route-27 and the roadway was closed until National Grid could remove them. Engine-243 and Car-3 remained on-scene until the roadway was back open.

Work crews worked into the night to replace the pole and the house service to the affected residence at 369 Franklin Street. No injuries were reported, the cause of the accident is under investigation.