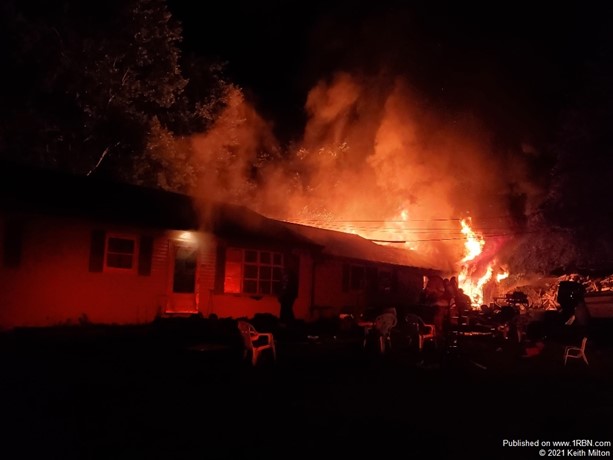 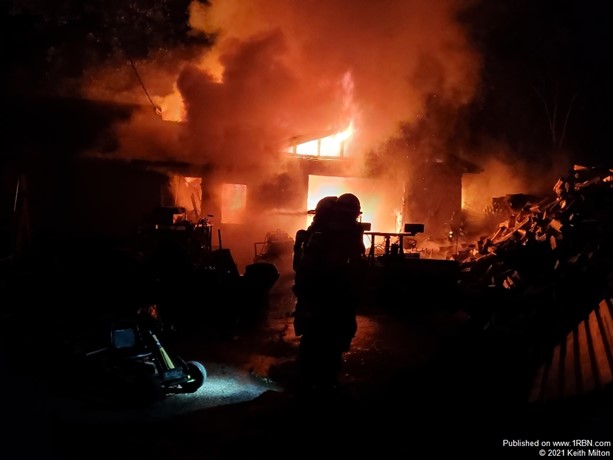 NORWICH, CT - East Great Plain Fire Co. was dispatched on July 2nd at 10:30 P.M. for a reported garage fire. While units were responding, dispatch advised that they were receiving multiple calls for the fire. A second-alarm was requested.

Upon arrival, crews found an attached garage well involved with a large outbuilding located behind the garage also well involved. Additional tankers were called in due to inadequate water supply.

Crews extinguished the fire and stopped the spread of the flames from getting into the house. The fire displaced two occupants, but there were no reported injuries.