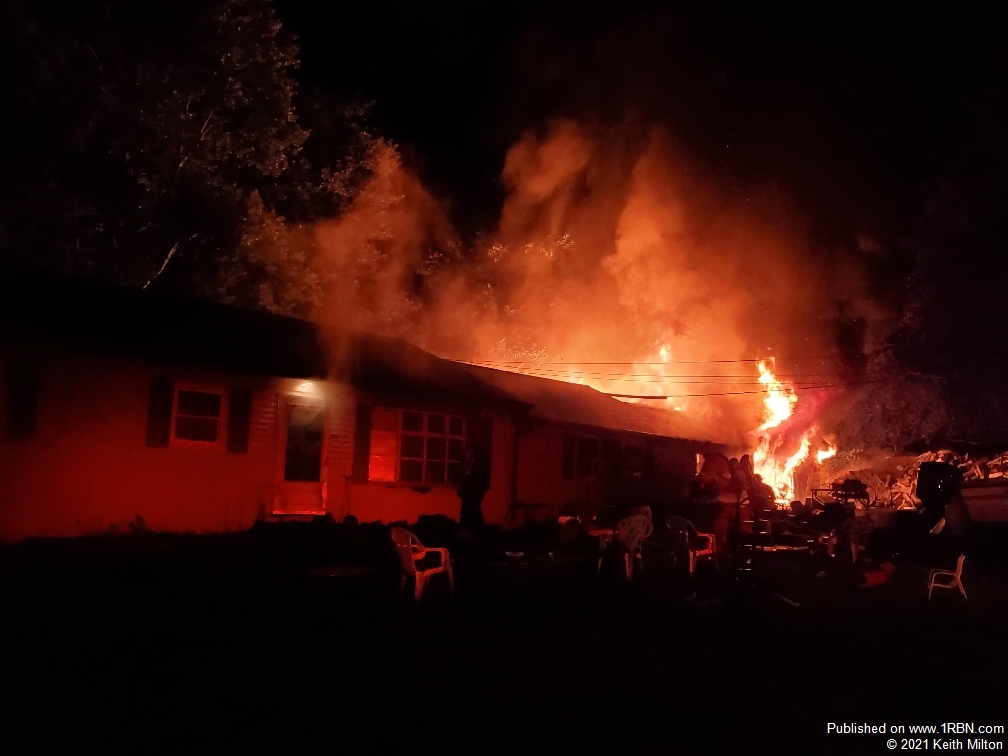 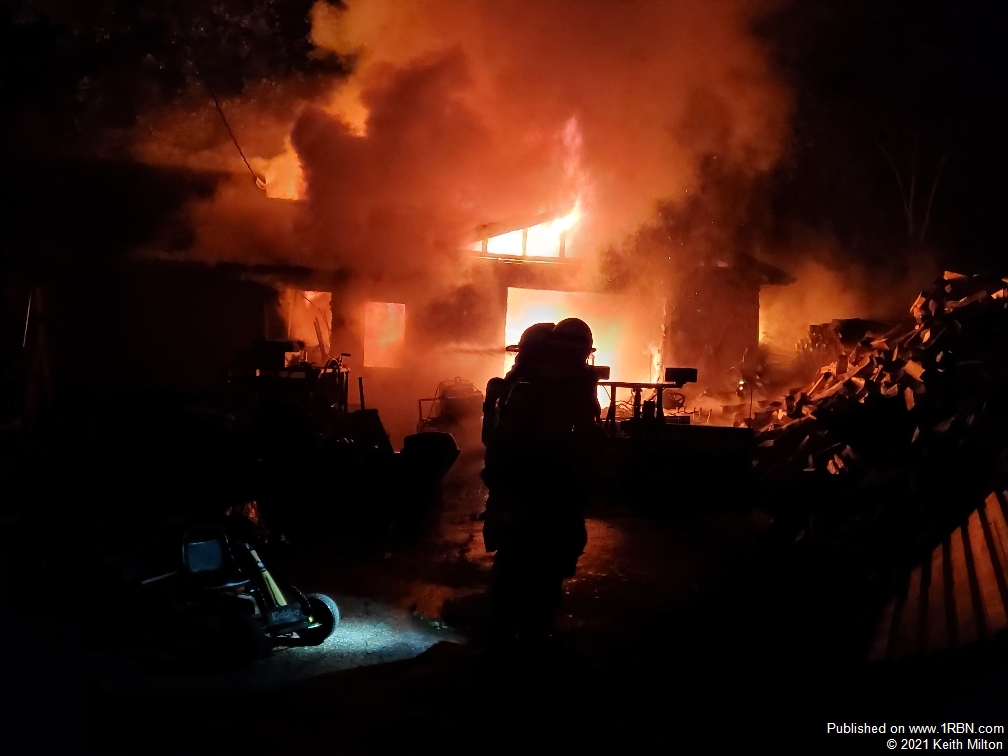 East Great Plain Fire Co (Norwich, CT.) was dispatched on July 2, 2021 at 22:30 hours for a reported garage fire. While units were responding, dispatched advised they were receiving multiple calls for the fire. A second alarm was requested. Upon arrival, crews found an attached garage well involved with a large out building well involved located behind the garage. Additional tankers were called due to inadequate water supply. Crews extinguished the fire and stopped the spread of the fire from getting into the house. There were no reported injuries and the fire displaced two occupants. East Great Plain was assisted by Norwich Fire Dept, Yantic Fire Co, Laurel Hill Fire Dept, and Mohegan Tribal Fire Dept FAST Team. The additional tankers were on scene and staged from Bozrah, Gardner Lake, Salem, and Oakdale Fire Departments. The Norwich Fire Marshal's office is investigating.