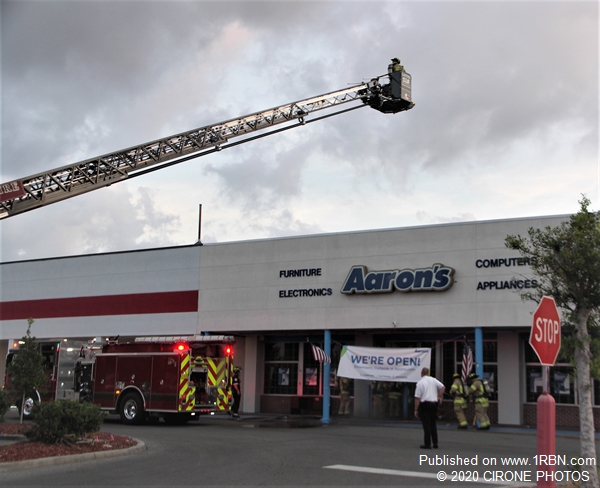 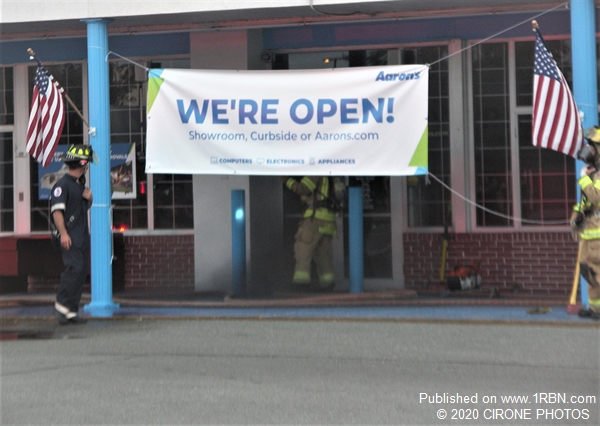 Photo by CIRONE PHOTOSSmoke pushing from the front door. 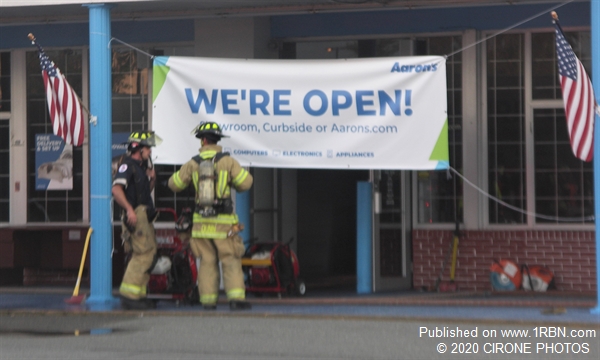 Photo by CIRONE PHOTOSVent in place. 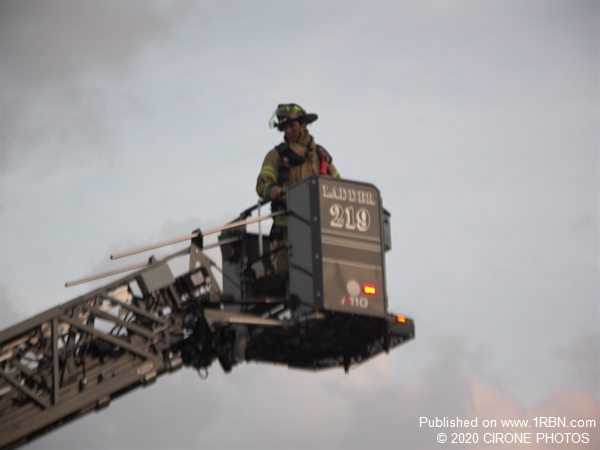 As units arrived on scene nothing was showing from the "A" side of the building, but units on the "C" side reported black smoke. A second-alarm was struck.

As crews made entry they were met with thick black smoke and heat, but the fire was not visible. Soon after, firefighters found the fire in a rear storage area and quickly knocked it down.