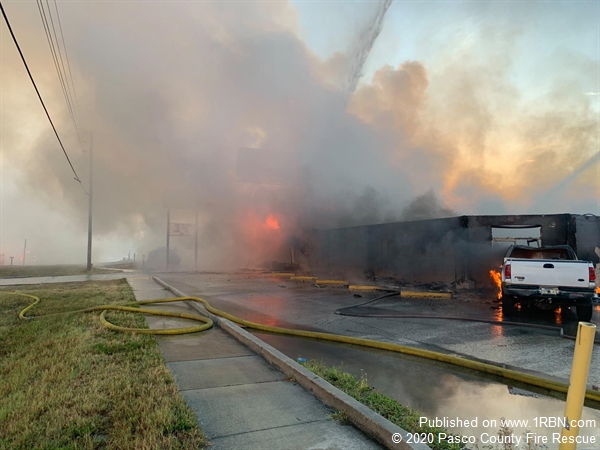 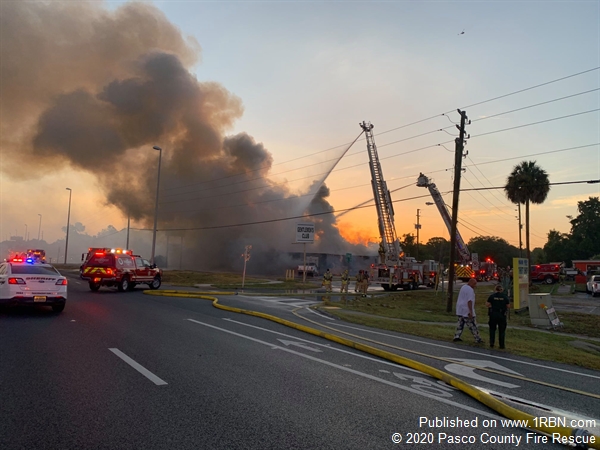 Hudson, FL - At approximately 6:00 A.M. on July 6th, Pasco County Fire Rescue received a call of a reported commercial structure fire at the Icon Gentlemen's Club on US-19 in Hudson.

Two aerial ladders were set up for an aerial attack, and master streams were placed around the building for ground suppression. Lanes on US-19 were closed for several hours while firefighting operations were taking place.

It took approximately 90 minutes to bring the fire under control, and no injuries were reported. The cause of the fire remains under investigation.