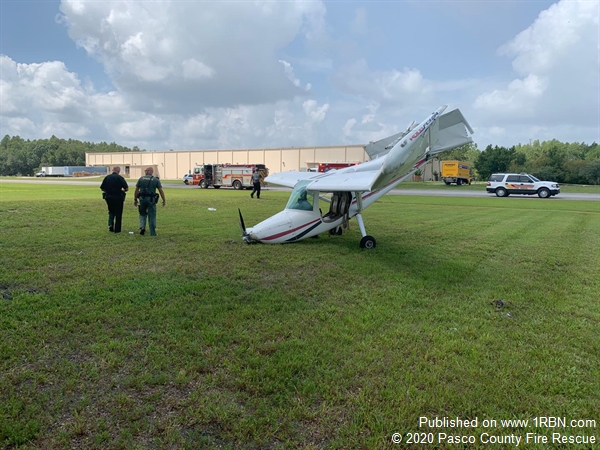 Wesley Chapel, FL - At approximately 11:00 A.M. on Saturday, July 11th, Pasco County Fire Rescue responded to a reported aircraft down near the runway of Tampa North Airport. Callers said that the plane flipped multiple times while attempting to take off. When firefighters from Engine 13 arrived on the scene, they reported a single-engine aircraft down in a field. Firefighters quickly evaluated the two patients and checked the airplane for hazards. The two patients on board were transported to a local area hospital with minor injuries, and the plane checked clear of all hazards. Pasco County Fire Rescue turned the scene over to the FAA, who will complete the accident investigation.