Fire Through the Roof in Lindenhurst 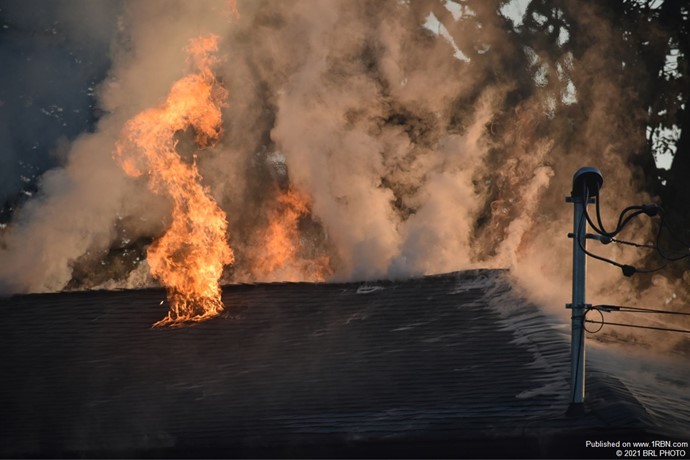 Photo by BRL PHOTOOn the morning of 7/5/21 at 05:47 the Lindenhurst Fire Department responded to a Signal 13 at 206 Dallas Street in which the neighbor was stating flames and smoke coming from the roof. 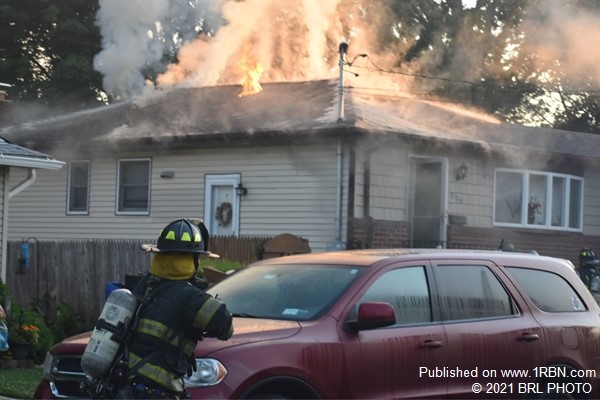 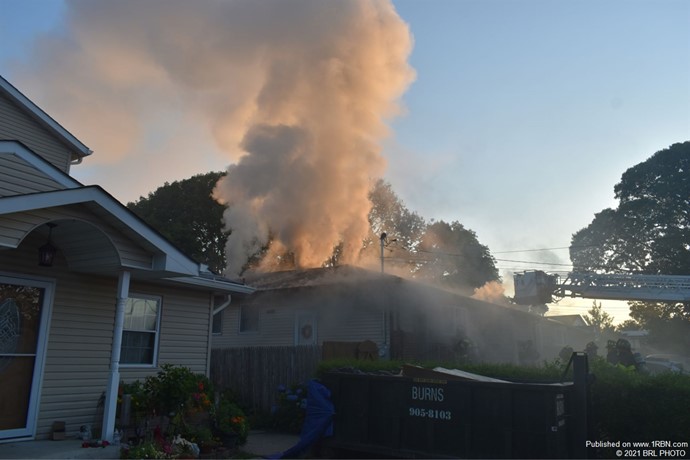 LINDENHURST, NY - On the morning of July 5th at 5:47 A.M., the Lindenhurst Fire Department responded to a Signal 13 at 206 Dallas Street, where the neighbor was stating that flames and smoke were coming from the roof. The neighbor was able to get the occupants out of the house. 1-6-31 was first on scene and confirmed an attic fire. When 1-6-30 arrived on scene he transmitted a Working Fire and mutual aid responded from West Babylon for RIT and Copiague for an engine. The first due engine was 1-6-2 and 1-6-30 advised them to grab the hydrant on their way. 1-6-4 was the first due truck. The cause of the fire is under investigation.