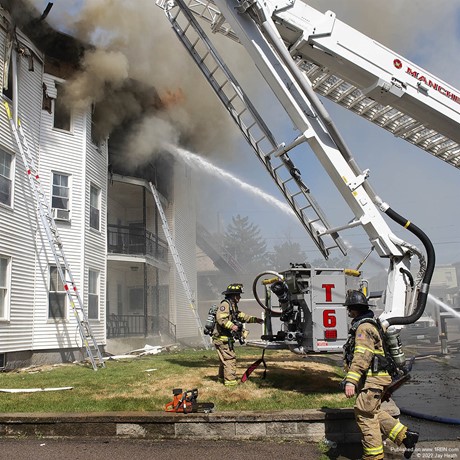 Photo by Jay HeathHeavy smoke and fire pushes from the third floor of this large three-story apartment building on the city's west side, 7/10/22. 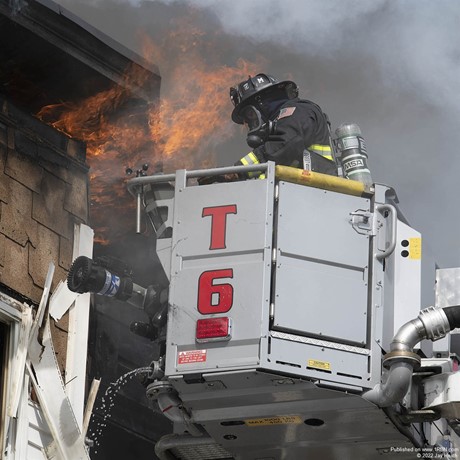 Photo by Jay Heath Heavy fire pours from the cockloft as Truck 6 goes into position. 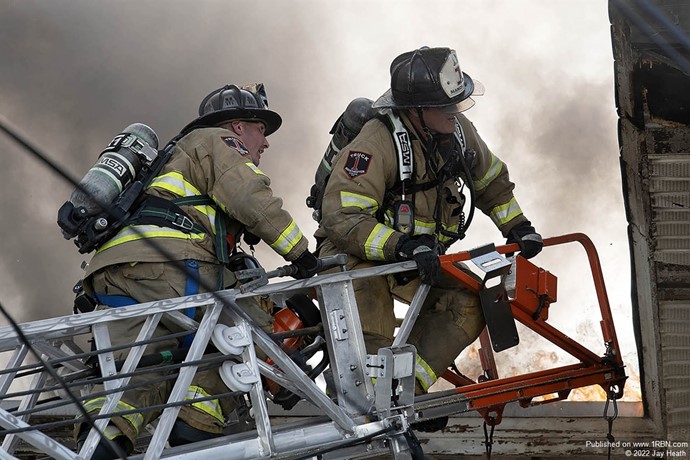 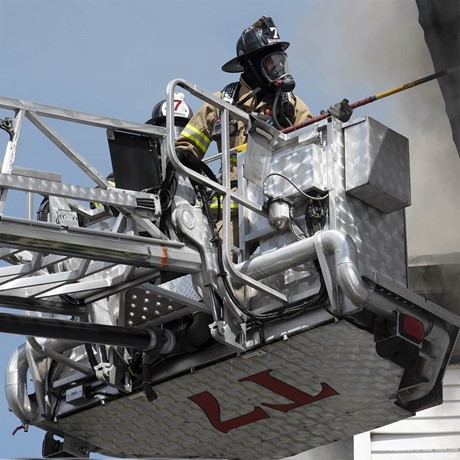 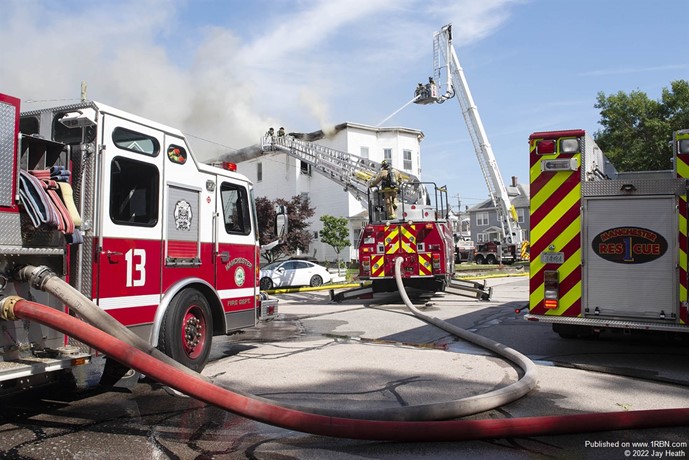 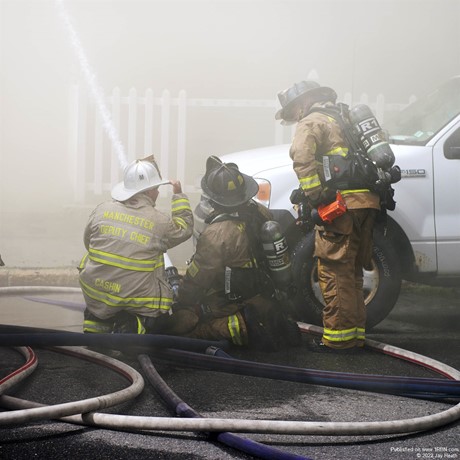 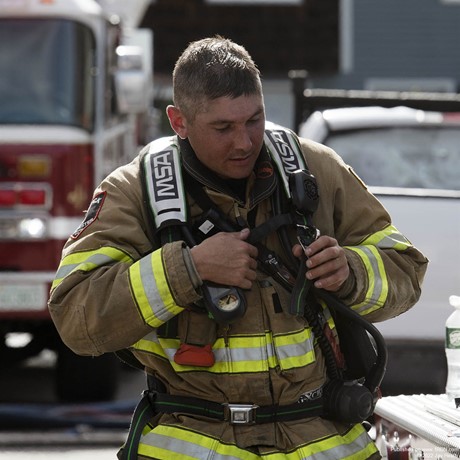 Photo by Jay HeathA Truck 1 firefighter takes a break from battling the fire.

MANCHESTER, NH - More than 100 city firefighters responded to battle a stubborn blaze on the city's west side Sunday afternoon, July 10th. The Box was transmitted at 2:54 P.M. for a fire on the third floor at 361 Hevey Street.

Firefighters arrived to find heavy fire showing from a third floor porch that was quickly spreading into the walls, ceiling and cockloft of the large three-story apartment building. A second-alarm was transmitted by Battalion Chief Bob Beaudet as fire took over the building.

Firefighters conducted searches on all three floors, but the heavy fire between the tin ceilings and the roof made for a tough battle. Eventually all firefighters where pulled from the building as heavy fire poured from the roof area and companies set up to go defensive. One firefighter was treated for dehydration and one resident was transported to the hospital.

Firefighters worked for hours in humid weather conditions battling the blaze. The building was deemed uninhabitable, leaving many residents homeless. The fire is under investigation at this time.