Fireworks add to fire department responses over the 4th 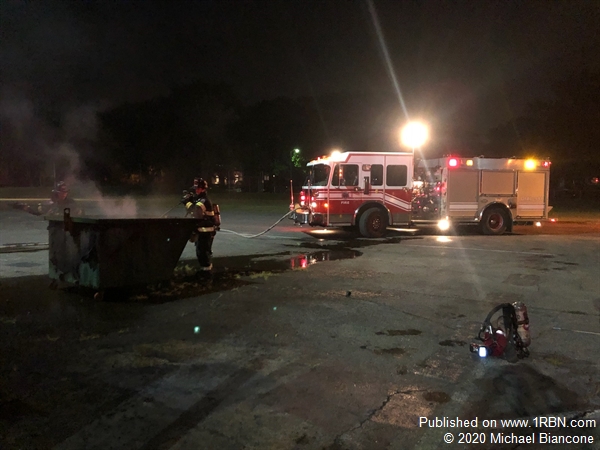 Photo by Michael BianconeFirefighters extinguish this dumpster fire behind the Northeast Middle School after fireworks were found to have been discarded while still burning. 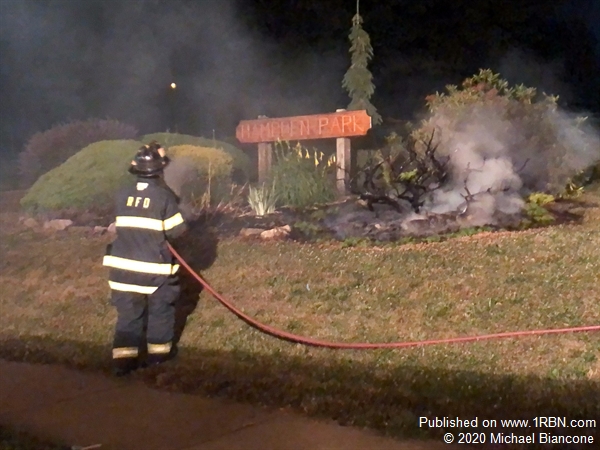 Photo by Michael BianconeFirefighter David Rottman extinguishes a small fire in Hampden Park after fireworks debris was discovered in the mulch. 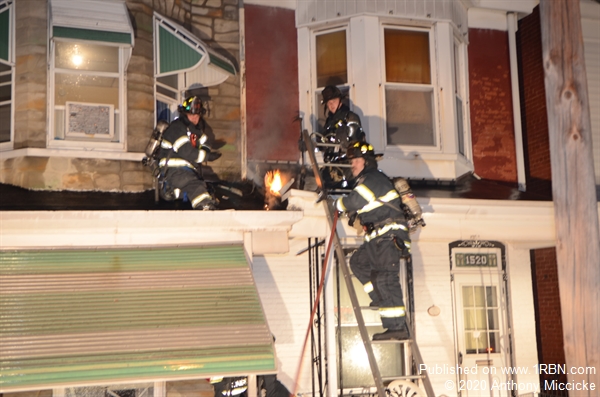 Photo by Anthony MiccickeFirefighters overhaul an area on this porch roof at 1522 Mulberry Street after fireworks debris landed during an amateur display. 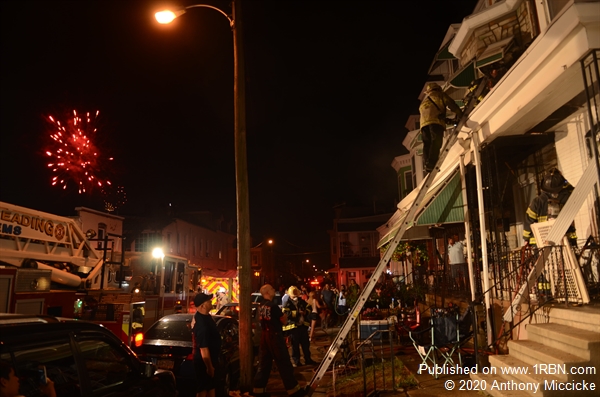 Reading, PA - Firefighters experienced an increase of fire incidents over the July 4th weekend due to the rampant use of amateur fireworks displays. Although state law allows for the sale of fireworks throughout the commonwealth, the City of Reading does not allow the use of fireworks within 150 feet of any structure. On the evening of Friday, July 3rd the city was aglow from the pyrotechnics within a short period of time several incidents were generated involving small fires from the materials. Crews responded to multiple brush and trash fires along with a porch fire in the 1500 block of Mulberry Street. No injuries were reported in any of the incidents.