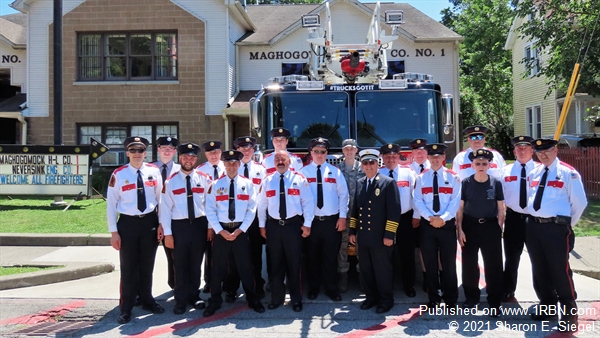 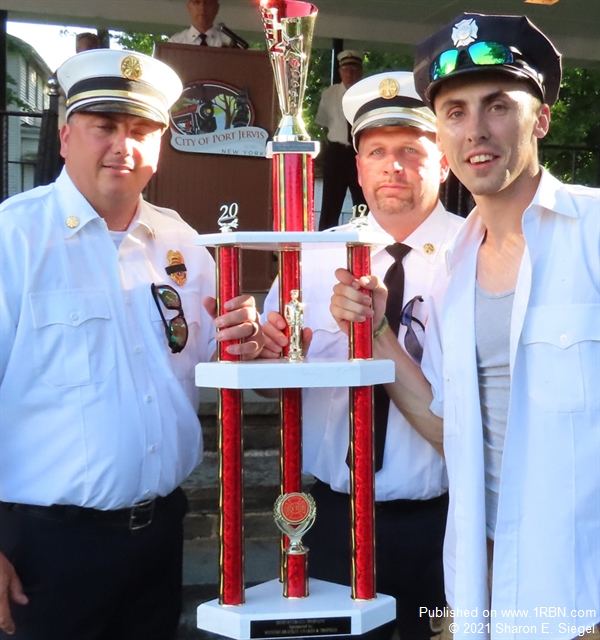 Photo by Sharon E. SiegelTrophies are shown being presented by Chief Dominic Cicalese and Assistant Chief Anthony Fuller in Port Jervis Fire Department's last Annual Inspection Day Parade, held in July of 2019. This year's parade will be held on July 10, 2021 beginning at 2 p.m. 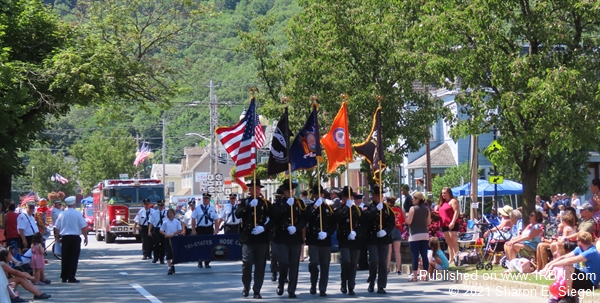 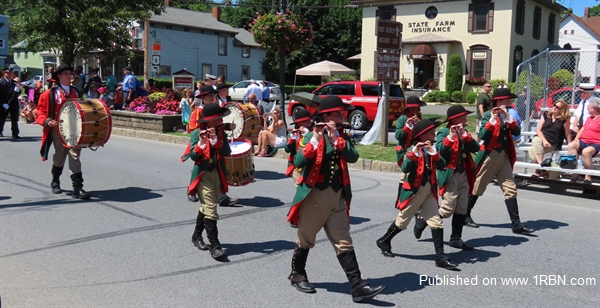 The Fife and Drum Corps is always one of the many popular bands in Port Jervis Fire Department's Annual Inspection Day Parade to take place this year on July 10, 2021.

The parade, which has been hosted in all but one year since shortly after the department’s formation in the mid-1800’s, features an escort division and seven divisions to follow. It will feature all of the components of the traditional parade, including uniformed firefighters to be saluted by their communities, apparatus, bands, local police and ambulance personnel, and so much that is sure to delight parade-goers of all ages.

This year’s parade, which resumed after skipping last year’s due to pandemic restriction, also features a special component and salute om the lead escort unit. Front line health care workers from Bon Secours Community Hospital, Veterans Administration Hudson Valley, and Cornerstone Family Health Care (all of Port Jervis) have been invited to be part of the parade for their efforts during the Covid-19 Pandemic.

Local business owners and community supporters Dick and Darryl McKeeby are taking part in the healthcare division to give a personal salute to the lifesaving efforts of each healthcare workers, including those who helped save Dick’s life in an extended and very challenging battle with Covid-19 this year.
Their letter to Bon Secours Community Hospital, from themselves and their family, says it best as to why such brave and dedicated efforts are being honored in the community.

“There are a few times in my life that I remember being at a loss for words. Certainly, this is one of those times. The words “Thank You” cannot possibly convey my deep appreciation for everything you did for me during my recent battle with COVID. Certainly, without your care and compassion I would not be here today. I have always been a strong supporter of Bon Secours Community Hospital because I know that the people there are the backbone of my community. I never really imagined that I would experience their extraordinary care from such a personal and up-close perspective. While I don’t recall many of the days I spent as a patient, I know that the care they gave me is why I am on the road to a full recovery.” Dick McKeeby, Barbara, and Darryl

Maghogomock Hook and Ladder Company #1, the lead company in this year’s parade, leads the first division with Captain Jeff Lewis as Marshal.

The parade will be preceded by many Parade Week activities, including getting firehouses and apparatus in tiptop shape for inspection, a visit to Past Chief graves (meeting at Hammond Street station at 6 p.m. on July 8, Memorial Prayer Service (PJFD Memorial on lower Pike Street at 6 p.m. on July 9), and tour of each fire station immediately after the memorial service. Company photos are scheduled for Parade Day, 11 a.m. – 12:15 p.m.

Lineup is as follows: