Car Engulfed in Flames in Selkirk 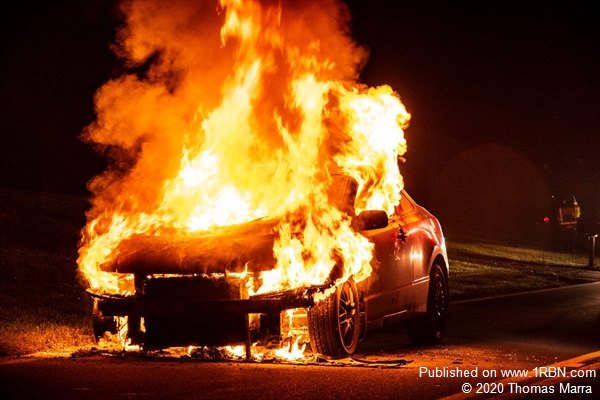 Photo by Thomas MarraA car became fully-engulfed in flames as crews tried to locate the driver. 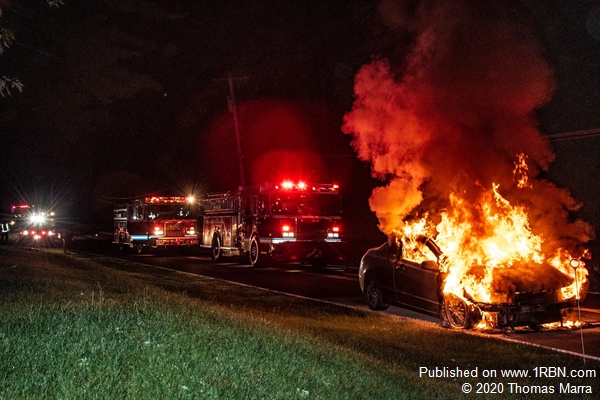 Photo by Thomas MarraFirefighters had no location on the driver and believed he was still inside the vehicle when they first arrived on the scene. 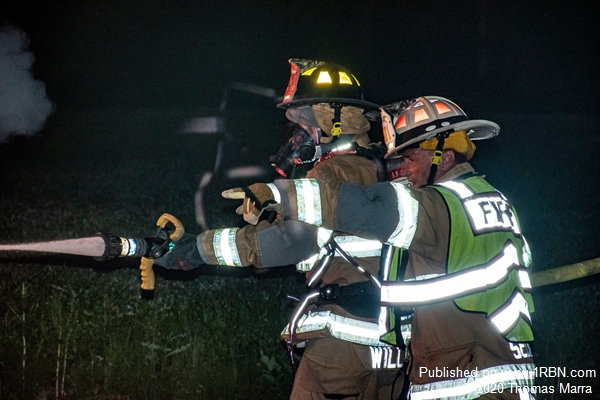 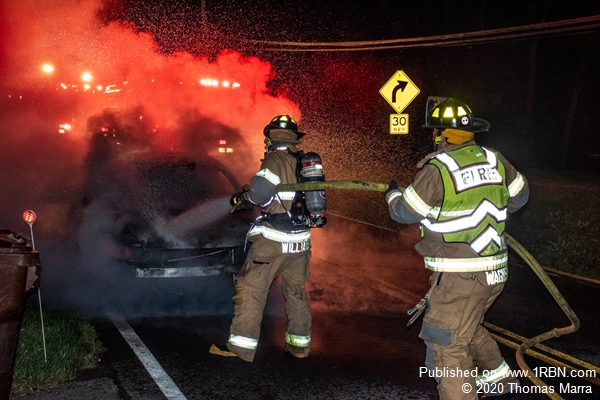 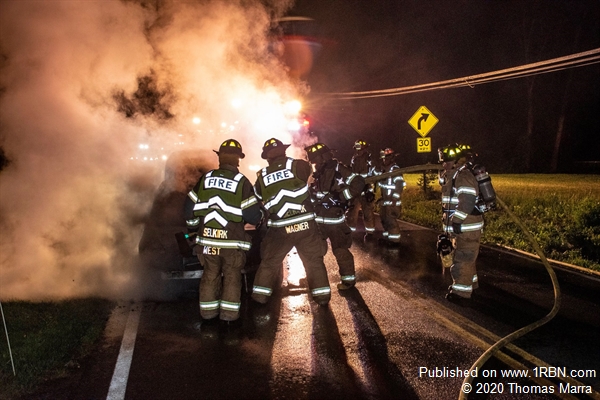 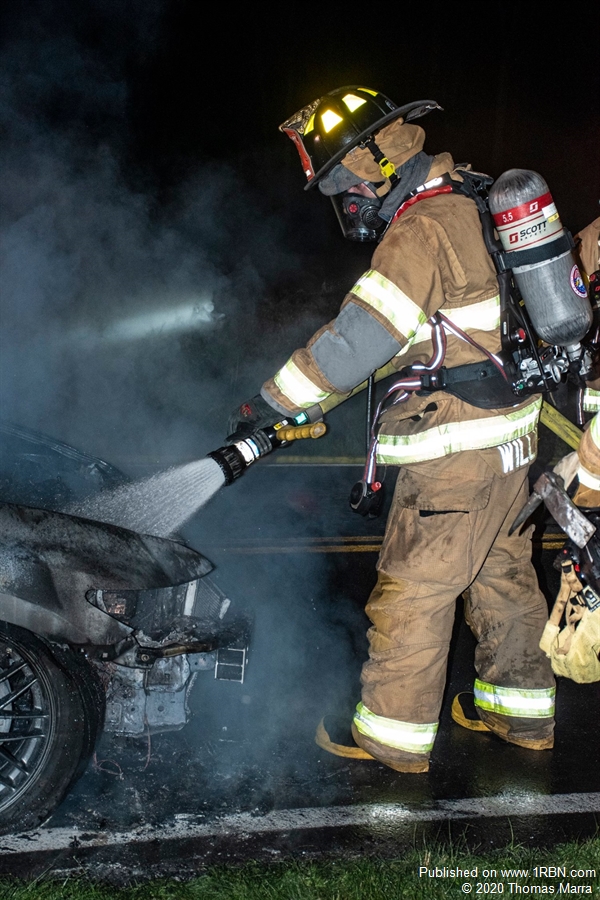 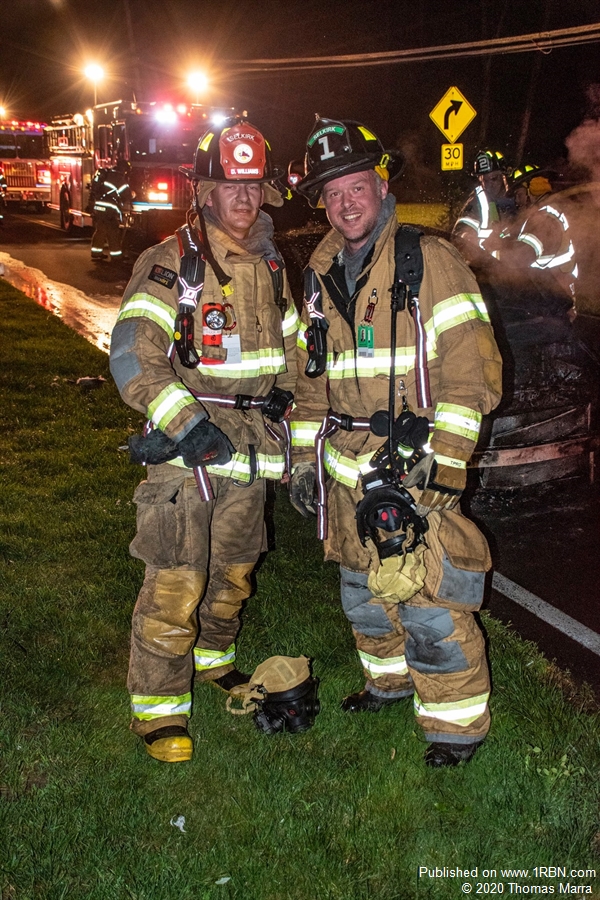 Photo by Thomas Marra Firefighters Doug Williams and Shaun McAvoy of the Selkirk Fire Department on the scene of a vehicle fire in Selkirk. 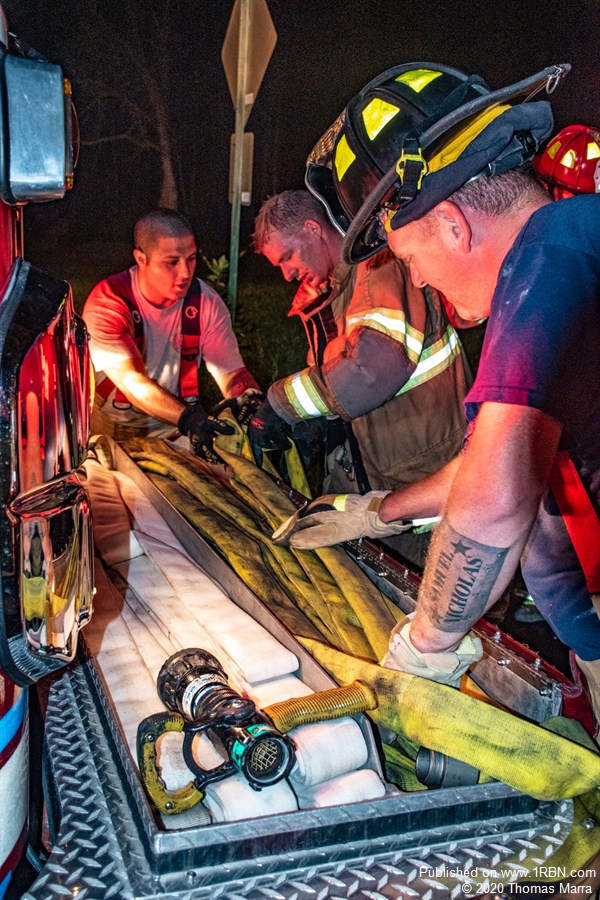 A car became fully-engulfed in flames in Selkirk with no report of the location or condition of the driver.

The Selkirk Fire Department and Delmar-Bethlehem EMS responded to the call at 10:40 p.m. on Wednesday, July 8th, in the area of Elm Avenue between Jericho Road and Elm Avenue East.

"Myself and a fellow firefighter arrived on scene and had extinguishers and we attempted to put it out," said Chief Joe Michaniw of the Selkirk Fire Department.

Since nobody was standing near the car and the doors were closed, crews were unsure if the driver was still inside the vehicle or not.

"The driver wasn't known to be in the area," Michaniw said. "So we broke the glass to see if there was somebody in the car, but there wasn't."

He says the driver had walked away from the car and was located in the driveway of a home two houses down the road.

Michaniw says the driver stated his car stalled and when he went to start it again, that's when the engine compartment burst into flames.