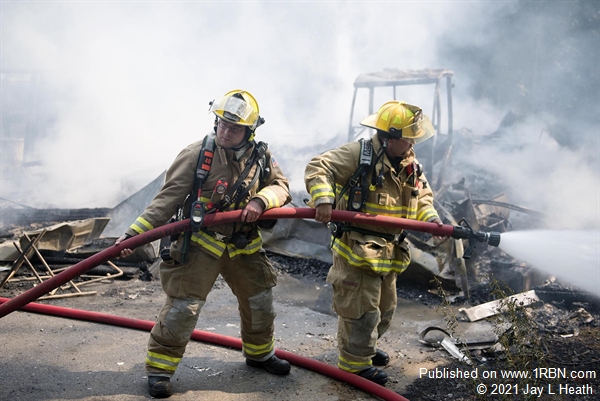 Photo by Jay L Heath Firefighters wet down the remains of the garage. 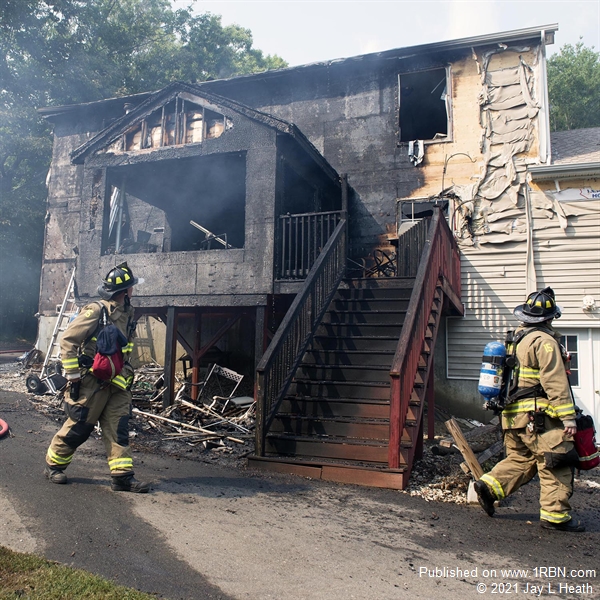 Photo by Jay L Heath Fire had spread into the main house when firefighters arrived. 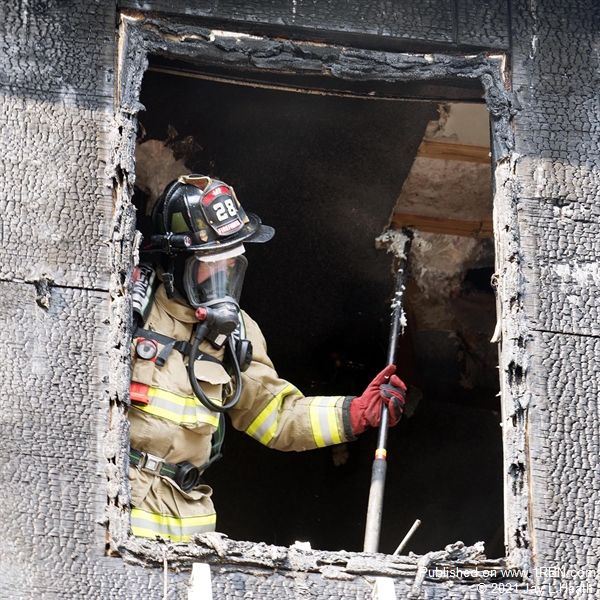 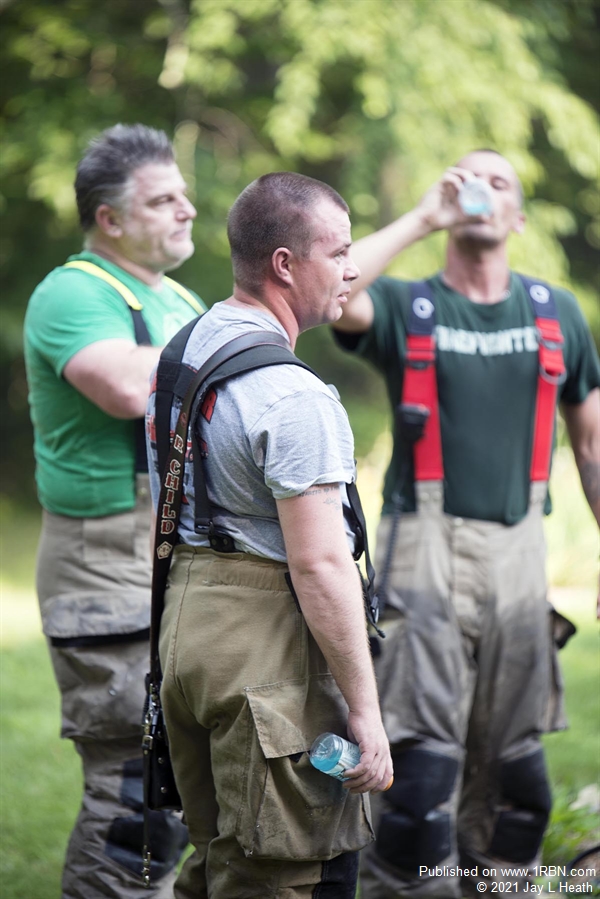 Photo by Jay L Heath Firefighters take a break from battling the fire.

NORTHWOOD, NH - Northwood firefighters battled a three-alarm fire on Bow Street on the afternoon of July 6th. The call came in around 3:04 P.M., with automatic mutual aid reporting the fire in the garage located in the rear of the house.

Northwood Fire Chief Mike Tetreault reported "heavy black smoke" showing while en route, and on arrival found that all three structures, a garage, house and chicken coop, were burning. A second and then third alarm were requested for tankers and manpower to battle the blaze.

Two residents made it out safely, and a man suffered a small burn on his hand while trying to douse the fire. Chief Tetrealut said about 50-percent of the two-story modular home was saved from major damage, but it is still unlivable nonetheless. Radiant heat from a fire in a detached garage ignited the main house located about 15-feet away.

"Very hot," the chief said. "When we got there it was heavy in the kitchen and second-floor bedroom and up to the attic. We had a lot of help, and we never ran out of water."

The bulk of the fire was knocked down around 4:11 P.M. Firefighters did overhaul in the main house as crews rotated inside the house due to the high humidity.