Outside Fire Stopped from Extending in Merrimack 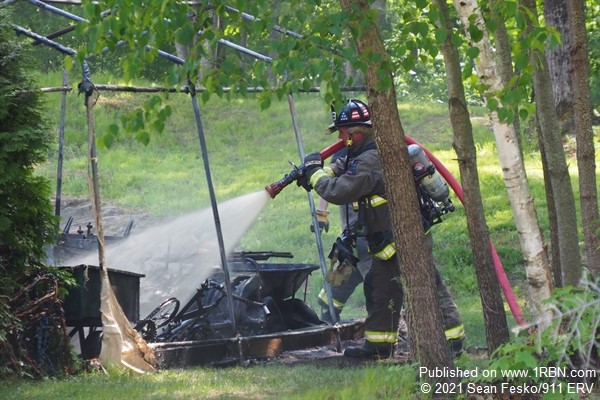 Photo by Sean Fesko/911 ERVA Merrimack firefighter wets down the scene after the fire was put under control.

On 5/27/2021 the Merrimack Fire Department was dispatched to an outside fire threatening a building in the south end of town. Engine 2 arrived on the scene first and reported an outbuilding on fire against the house. Crews were able to knock down the flames before the second-due engine arrived on scene.