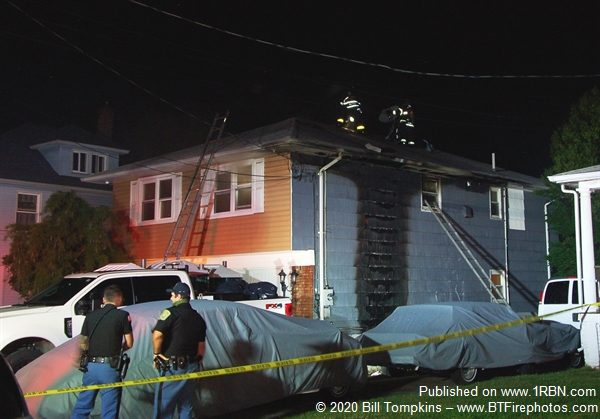 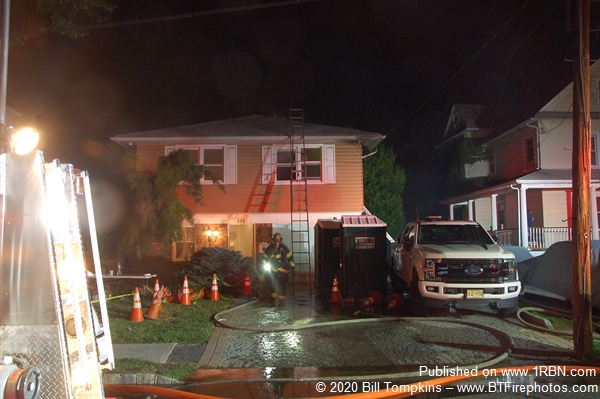 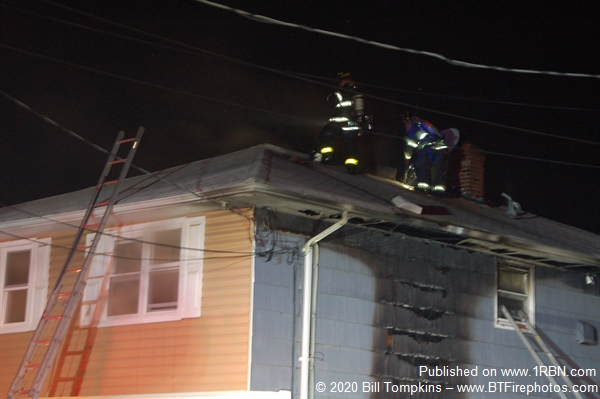 Englewood, NJ - A very large holiday party in Englewood resulted in a larger police response than fire units when a garbage can fire spread to a home filled with intoxicated revilers.

Fire units responded to 141 West End Ave. on July 4th after a neighbor reported a fire on the side of the house. Units arrived to dozens of people both inside and outside of the two-and-a-half story frame dwelling with flames traveling up the outside from the ground up to the roof on the 'D' side.

PD and FD were able to get everyone out, and one line extinguished the outside fire easily. The roof was opened, as there was extension to the attic, but that was also handled quickly.

Then the problems started. Many of the party-goers became belligerent. Pushing, yelling, and threatening other attendees, firefighters, police and photographers. EPD called in assistance from Tenafly PD and the Bergen County Sheriff's Dept. to control the scene. One man was arrested on several counts before order was restored.