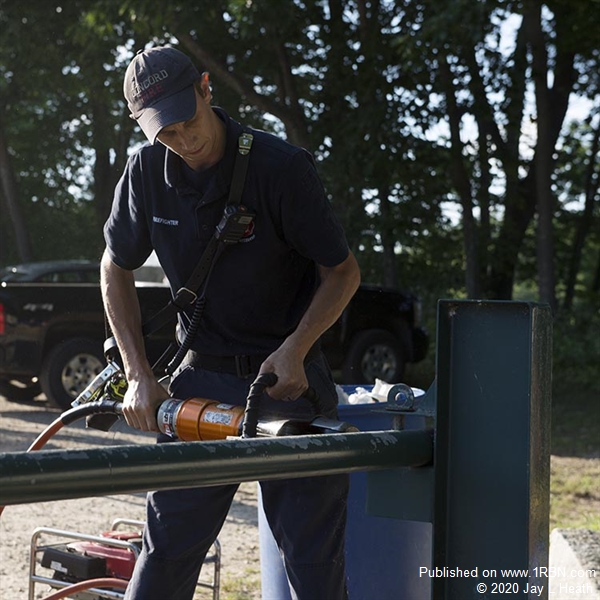 Photo by Jay L Heath Concord Fire Engine 5 used there rescue tool to cut the locked gate to gain access to the river rapidly as calls for children in distress on the Merrimack river came in. 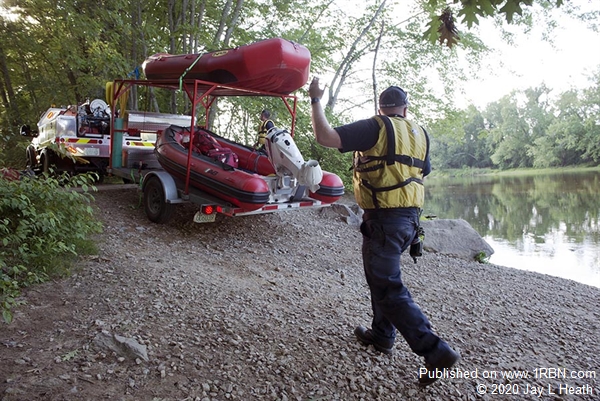 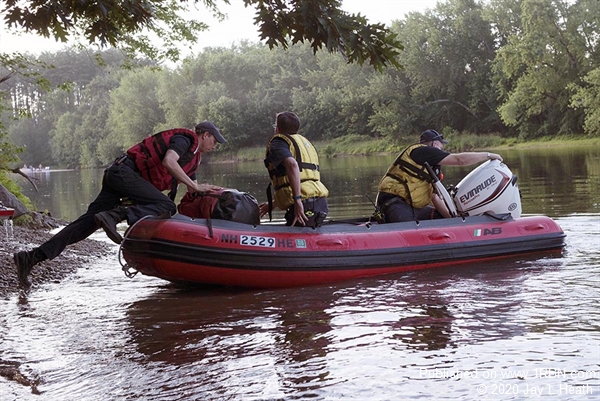 Canterbury, NH - Calls came in for children in distress on the Merrimack River on Saturday afternoon, July 4th, around 6:00 P.M.

With the hot July 4th weekend, and pools remaining closed due to COVID-19 restrictions, the Merrimack River beaches were crowded with many swimmers, making access difficult for rescue crews. The reported two children in the water near Pebble Beach on the Canterbury side of the river who needed help were brought to the shore with the assistance of a private boat, while one adult was transported to Concord Hospital.

Both Concord Fire Department and Boscawen Fire Department responded to the scene on the Boscawen side of the river. Concord Fire Engine Company 5's crew launched their rescue boat to respond up river to the scene and used their rescue tool to rapidly cut the locked gate to the river. The road was also packed with close to 100 cars, with a mix of boaters, kayakers and swimmers, said Boscawen Fire Chief Tim Kenney.

The condition of the adult transported to Concord Hospital is unknown. In late May, two people downed in the same area, which fire officials say can be dangerous because of the current.