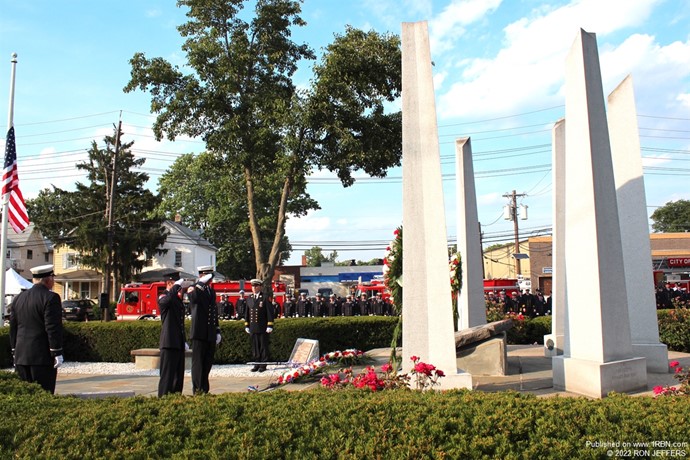 Photo by RON JEFFERSHackensack firefighters placed wreaths and offered a salute at the monuments that represent the five department members that gave their lives in the line of duty on July 1, 1988. 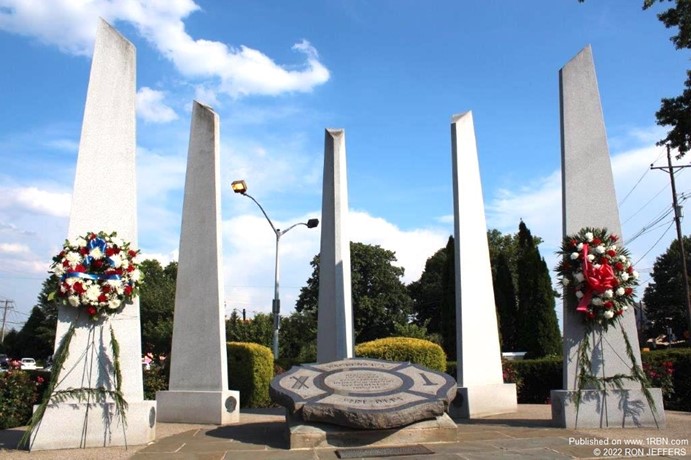 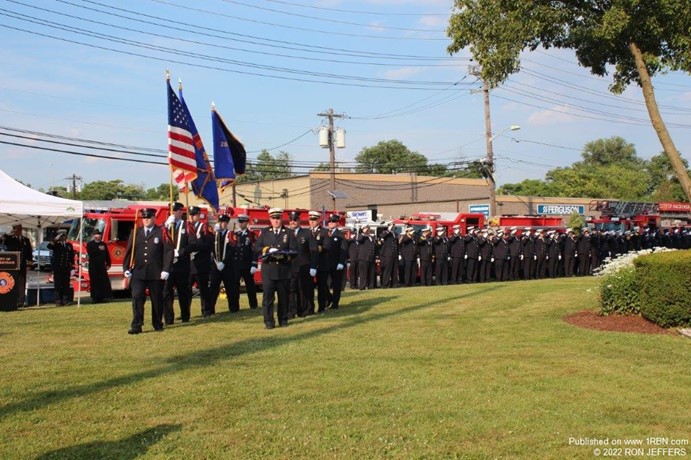 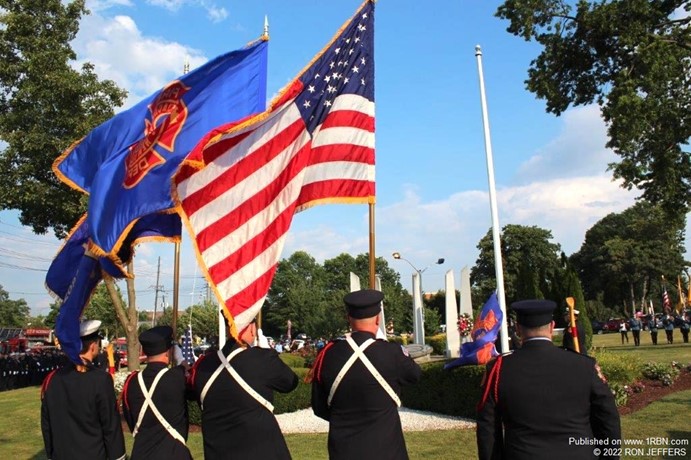 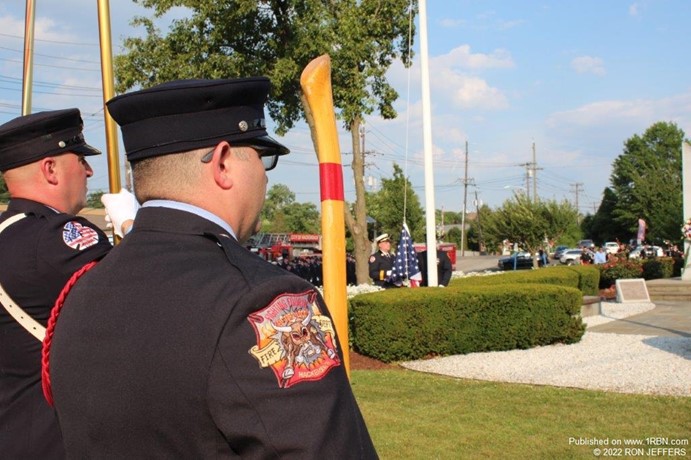 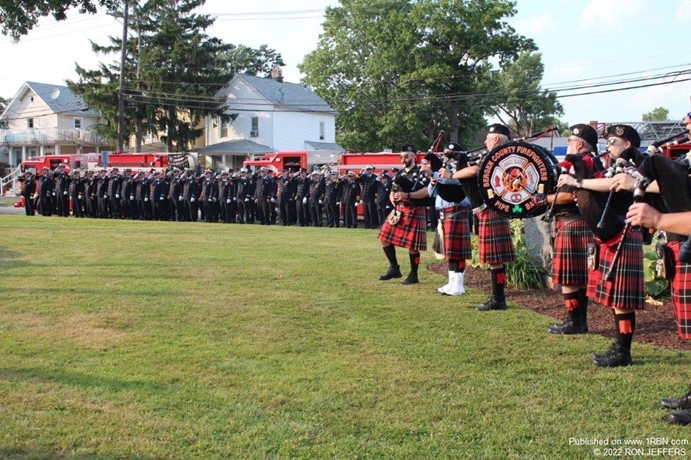 HACKENSACK, NJ - On July 1st, city firefighters, both active and retired, city officials, family members and friends assembled for the 34th time at Fairmont Park to honor the memory of members of the fire department that have given their lives in the line-of-duty, and all deceased members.

This is the date that five firefighters were killed while battling a fast-moving fire in an auto dealership on River Street. Those members were: Captain Richard Williams, Lt. Richard Reinhagen, and Firefighters William Krejsa, Leonard Radumski and Steve Ennis.

Wreaths were placed at the monuments representing the five, names of deceased members read, bagpipes were played, prayers offered and a salute to those heroes.

Chief of Department Thomas Freeman mentioned that there are only three members still on active duty that were on the job when this tragedy occurred.

The dealership fire marked a turning point for the United States Fire Service. It spurred reforms in safety, training and equipment. It heightened awareness in firefighter safety on a national basis.