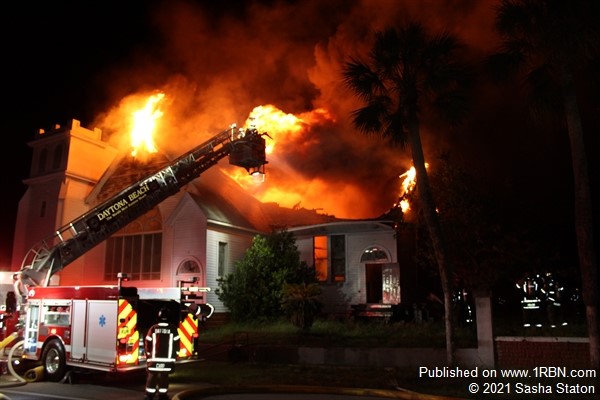 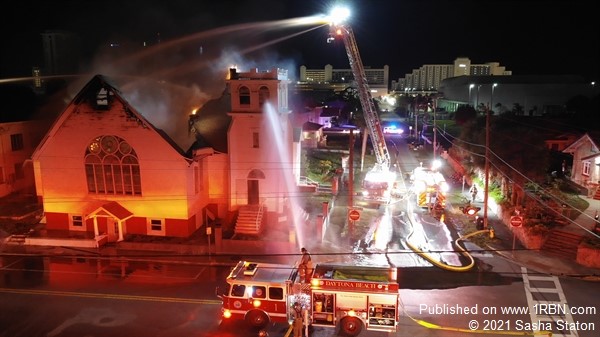 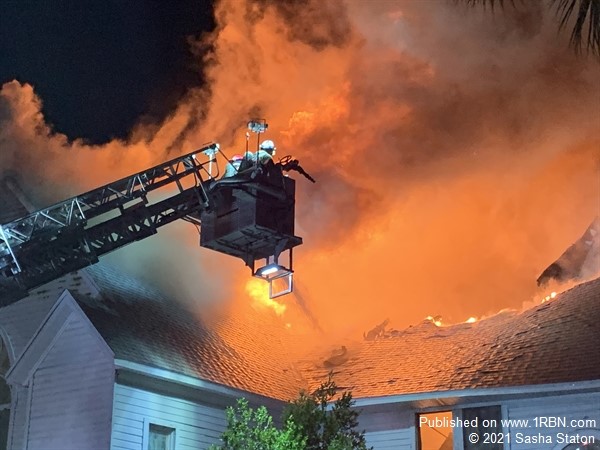 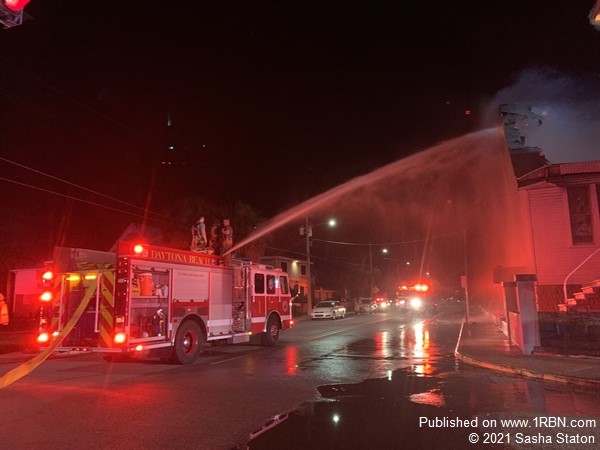 When firefighters initially made entry into the church they were met with heavy flames and had to switch to a defensive attack mode and exit the building due to the extremely dangerous conditions. Firefighters continued to battle the fully engulfed church from the exterior, working all sides and utilizing two aerial apparatuses to gain an overhead access to the flames.

According to a contractor that arrived on scene, this church was not currently in operation and was already scheduled to be demolished. The power to the building had already been disconnected for some time.

Traffic in the area had to be diverted and the streets surrounding the building closed as the roof collapsed and the structure became unstable, presenting a danger for vehicles and pedestrians going by.

Due to the suspicious nature of this fire and no immediate apparent cause, the State Fire Marshal was requested to conduct a preliminary investigation. Heavy equipment had to be brought in to attempt to make the building structurally safe until demolition begins while the investigation was underway.